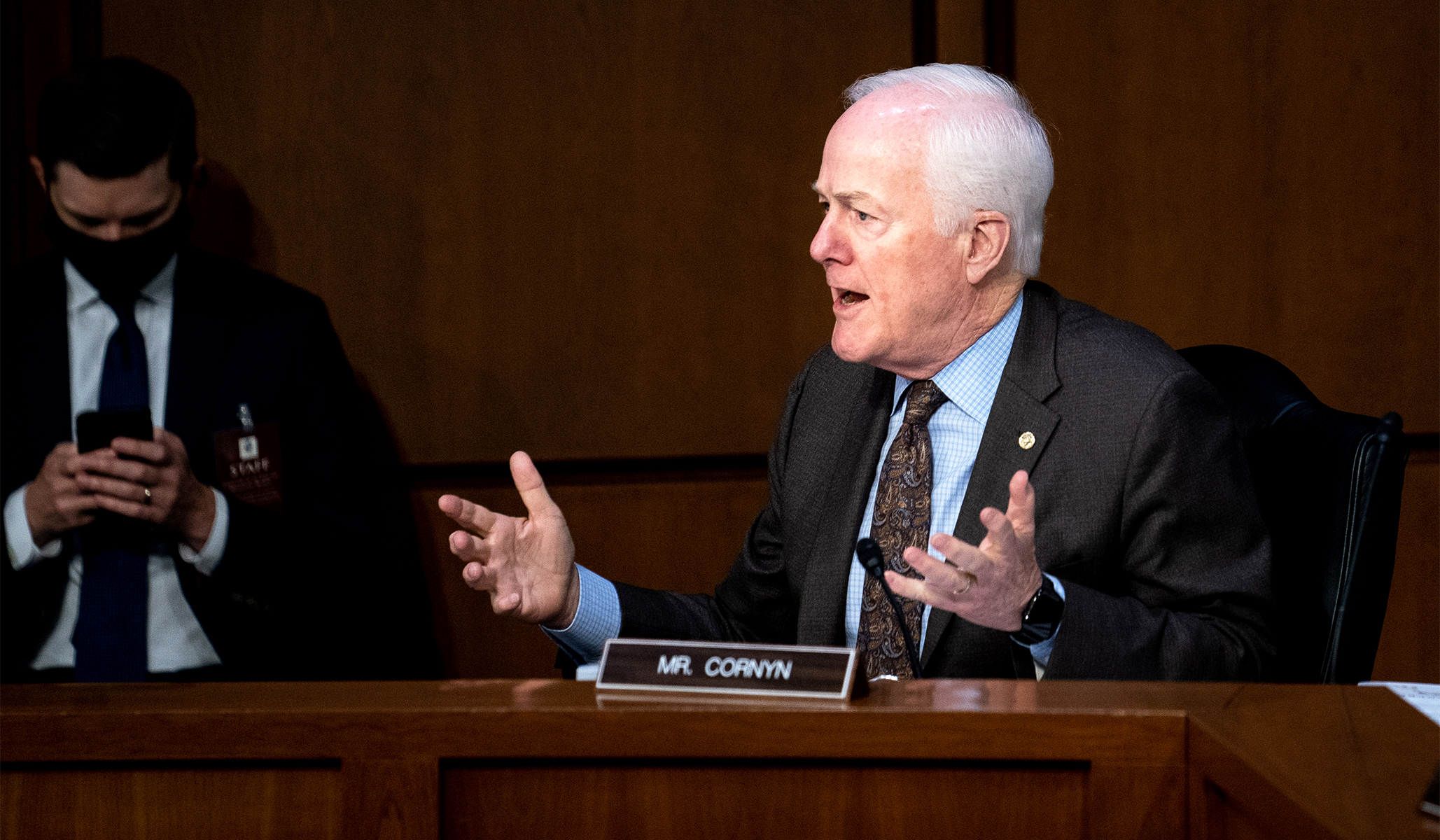 Senator John Cornyn today asked the Congressional Budget Office and the Joint Committee on Taxation to provide a score of Democrats’ Build Back Better legislation with all provisions made permanent. In a letter to the CBO director and the chief of staff of the JCT, the Texas Republican writes, “I am concerned that the CBO score of H.R. 5376 is artificially low because of a number of timing gimmicks. Specifically, the legislation includes a number of arbitrary sunsets and expirations of several expensive programs, which disguise the true cost of making these policies permanent.”

He doesn’t accuse the CBO or JCT of being biased; on the contrary, he thanks them for their nonpartisan analysis. He’s right to do so. The CBO and JCT make mistakes, but they are not systematically biased against one party. Democrats complained mightily about Republicans using arbitrary sunsets and expirations in the Tax Cuts and Jobs Act in 2017. Both parties know the rules of budget scoring and use them to their advantage when writing legislation.

The CBO and JCT work for Congress. It’s entirely reasonable for members of Congress to ask them for specific reports. One user of their services has been Bernie Sanders, who has requested CBO reports on issues such as prescription drug prices and tax avoidance by the wealthy. It’s good to have an independent, nonpartisan research body that members of Congress can go to for answers to specific questions.

Cornyn’s question is solid. The CBO estimated that Build Back Better would increase the deficit by $160 billion over ten years, but that estimate was based on taking Democrats’ claims about temporary programs at face value. That was the proper thing to do based on Congress’s budget-scoring rules, but it doesn’t give an accurate picture of the cost of the legislation. Democrats do not actually intend for the programs to expire. If given the chance down the road, they will certainly extend them.

The Committee for a Responsible Federal Budget estimated that with all programs made permanent, the cost of Build Back Better would roughly double, from $2.4 trillion to $4.9 trillion. The committee also found that the extensions of supposedly temporary programs would make the legislation more costly each year from 2027 through 2031.

The CBO would find something similar. Cornyn knows that, which is why he’s asking for the new report, so it’s all a bit of a political charade. It would nonetheless be beneficial to have an estimate from the CBO of Build Back Better with everything made permanent. The CBO is Congress’s only official scorekeeper, and there should be an official score of Build Back Better that treats the legislation as Democrats actually intend to implement it.

Here’s What Joe Biden Doesn’t Want You to Know About Voter ID
Aafia Siddiqui: Who is the Pakistani prisoner at the centre of Texas synagogue siege?
Truths, Ideals of MLK’s Message Have Been Lost to Wokeism
No, Virtual Characters Should Not Have ‘Rights’
EMBARRASSING: NBC’s Todd Turns Show Into A Democrat Strategy Session