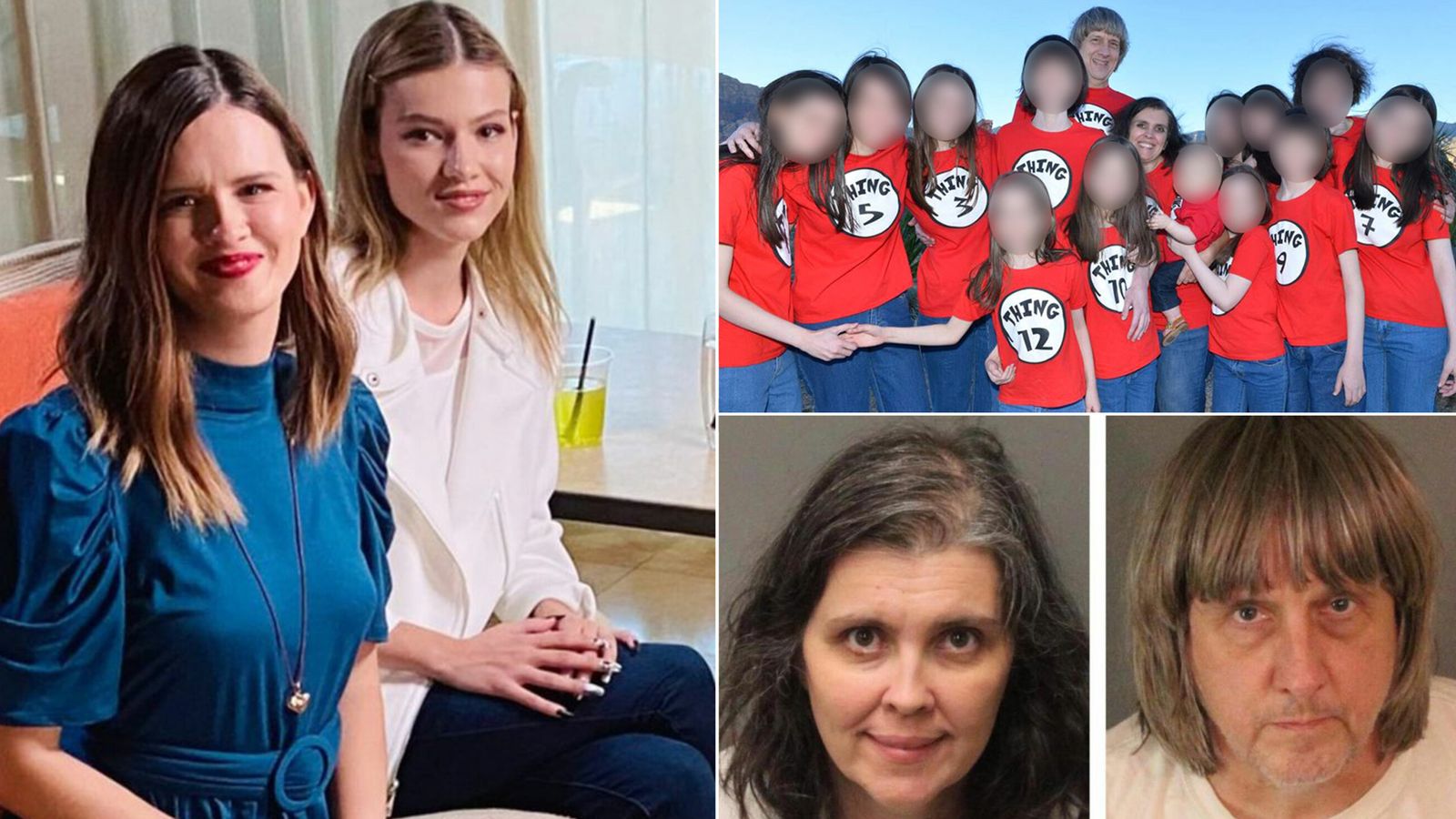 Jordan Turpin’s daring escape from her parent’s “house of horrors” has been revealed in never-before-seen bodycam footage.

Severely malnourished, beaten, and abused, the 17-year-old had only been outside a handful of times in her entire life when she escaped her parents’ house and reported the abuse they were inflicting on her and her 12 siblings.

Now 21, Jordan and her sister Jennifer, 33, have spoken out about the horrific abuse they endured at the hands of David and Louise Turpin – who are now in prison for beating, shackling, and starving their children.

More on this story:
Turpin sisters, held captive in ‘house of horrors’ speak out about ‘hell’ they endured
A happy family? Photos add to mystery after siblings found chained to beds

Speaking to ABC’s Diane Sawyer, Jordan said of the moments after her escape: “I had no idea what direction to go. I was so scared.

“I was trying to dial 911, but I couldn’t even get my thumb to press the buttons because I was shaking so bad.”

The interview featured newly-released bodycam footage showing Jordan after she had fled her parent’s house, which became known as the “house of horrors”.

For years, the Turpin children were rarely allowed to leave their home – first in Texas, and then in California.

They only ate once a day, usually peanut butter sandwiches, bologna or a frozen burrito and chips, while their parents taunted them with fast food.

One 11-year-old child was so malnourished her arm circumference was the equivalent of a four-and-a-half-month-old baby, investigators said.

In 2016, Jordan said she got hold of one of her parents’ old smartphones, which opened up a whole new world when she eventually discovered Justin Bieber videos. But when her mother became aware, she choked her.

After that incident, Jordan and her sisters began planning an escape – but she was terrified law enforcement wouldn’t believe her.

“[I told her] get pictures, anything to prove so they can’t think you’re a teenager looking for attention,” Jennifer said, appearing alongside her sister on ABC’s Escape from a House of Horror – A Diane Sawyer Special Event on Friday.

At the time of the escape, two of her sisters were in chains for stealing their mother’s candy, and one of them had been chained up for 15 days straight.

She asked their permission and took some photos on an old mobile phone.

On 14 January 2018, she realised time was running out when she heard her mother scream that the family were moving to Oklahoma.

“If we went to Oklahoma, there was a big chance that some of us would have died,” Jordan said.

“The very next day we were moving. It was literally now or never.”

Deputy Anthony Colace was coming to the end of a long and busy graveyard shift when he took the dispatcher’s call to assist on a runaway call.

At first, he was not sure what to make of it, but when he saw Jordan’s photos of her dirty, shackled sisters he said it “really sealed the deal for me”.

Police then raided the home, with David and Louie being taken away in handcuffs.

All 13 children were rushed to the hospital, where they were treated, given clean clothes, rooms and food.

Jordan said the first thing she ate was macaroni and cheese and chicken nuggets.

The sisters declined to discuss their other siblings, wanting to protect their privacy.

Jordan has received her high school diploma, and Jennifer is working at a local restaurant and writing Christian pop music and also dreams of being a published author.

Jennifer said: “I want the last name Turpin to be remembered as a name of strength.

“They are not weak, they’re not broken. They’ve got this.”

Elon Musk has strong views on hydrogen. Not everyone agrees
Heritage Foundation Sues Biden Administration to Stop Vaccine Mandate
Omicron will likely ‘dominate and overwhelm’ the world in 3-6 months, doctor says
How Would an End to Roe Play Politically?
I Went Without Cell Phone Service for Hours at a Football Game and It Was Heaven