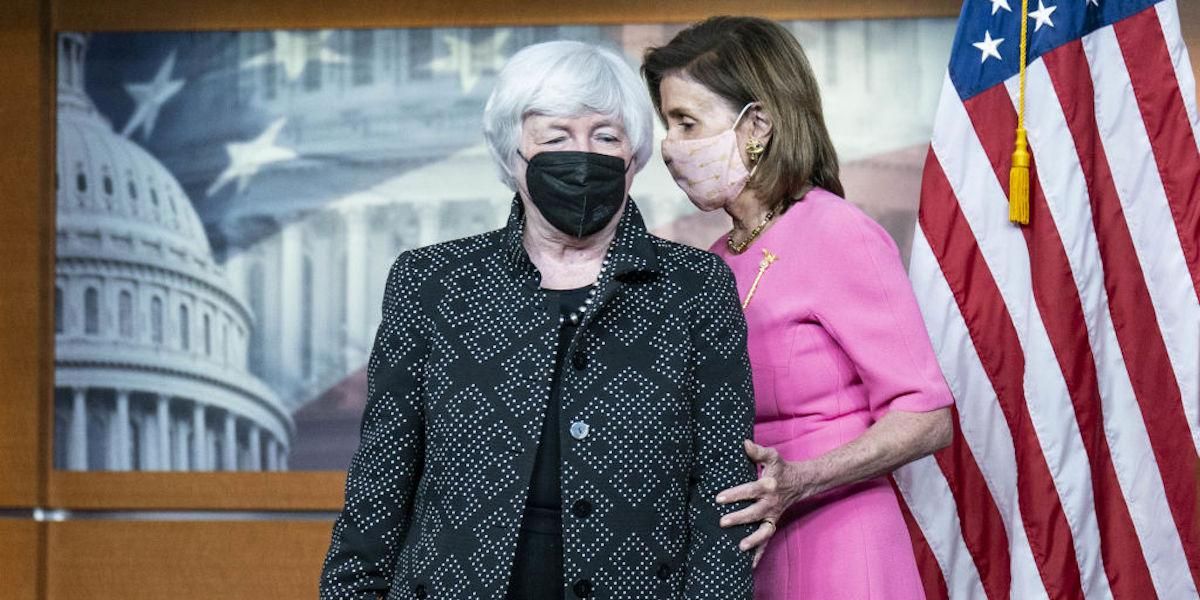 Unrealized capital gains are increases in value of stock purchases that the purchaser has yet to “realize” by selling the stock at its new price.

In a separate interview with the network, Treasury Secretary Janet Yellen confirmed that the policy is being discussed, though she was careful not to call it a wealth tax. According to Yellen, the policy would impose a tax on billionaires’ stock gains as well as other assets like real estate.

“I wouldn’t call that a wealth tax, but it would help get at capital gains, which are an extraordinarily large part of the incomes of the wealthiest individuals and right now escape taxation until they’re realized,” Yellen said.

.@SecYellen on the proposed tax which would pay for the Build Back Better act: “It’s not a wealth tax, but a tax on… https://t.co/NSkcnMNMnV

According to the New York Times, the policy is currently being put together by Democratic Sen. Ron Wyden (Ore.), who heads the Senate Finance Committee. It is expected to be unveiled sometime this week.

“It would affect people with $1 billion in assets or those who have reported at least $100 million in income for three consecutive years,” the Times reported, adding that “Democrats hope it would generate at least $200 billion in revenue over a decade.”

Yet even $200 billion is only a drop in the bucket compared to the total price tag of Biden’s proposal, which now sits at roughly $2 trillion, according to reports.

The proposal started at $3.5 trillion but has required significant downsizing in recent weeks due to opposition to the proposal from members within Biden’s own party — including Democratic Sens. Joe Manchin (W.Va.) and Kyrsten Sinema (Ariz.).

The bill’s stagnation in Congress has left proponents scrambling to find agreeable ways to pay for it. But it remains to be seen whether a tax on unrealized capital gains will be acceptable to moderate Democrats.

The tax is certainly not popular with Republicans. During an interview with Mark Levin on Sunday, Sen. Tim Scott (R-S.C.) called the idea extremely problematic.

“We can’t kill the goose that lays the golden eggs,” Scott continued, adding, “This administration is antithetical to all things free enterprise, hoping for liberty and justice for all.”