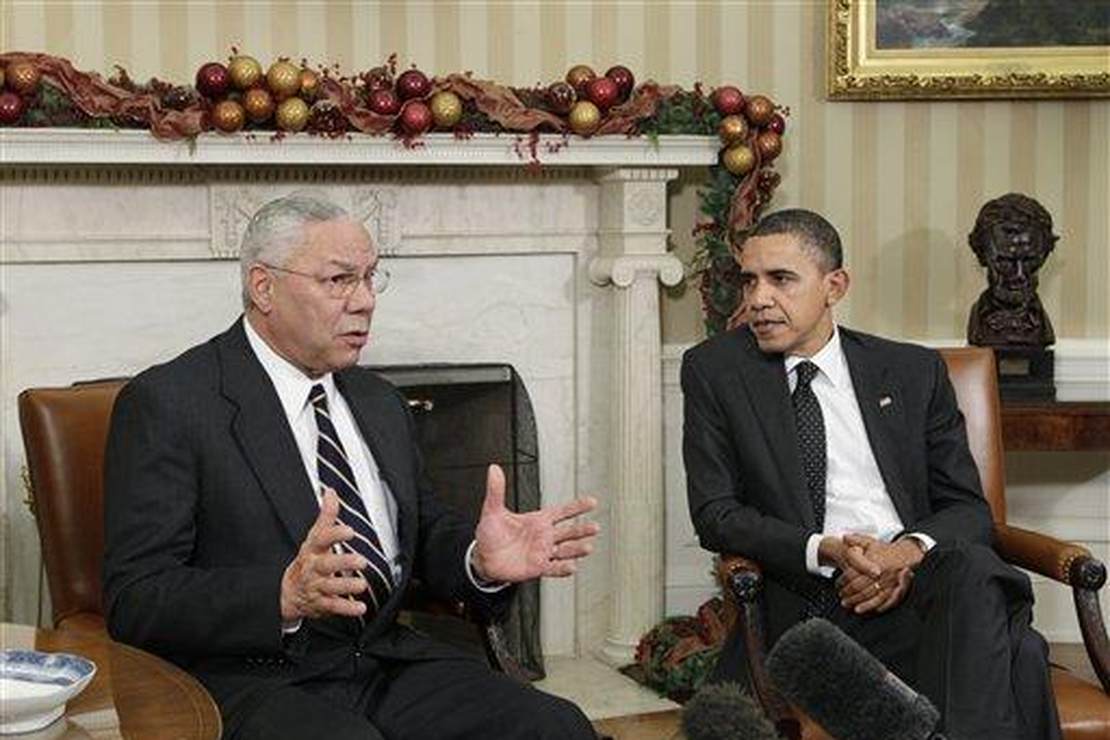 The respect and praise General Colin Powell earned over his military career was undeniably well earned. However, as a man whose reputation was built on his military prowess, he made some decisions in the past twenty years that sadly stain his legacy. While it may seem uncouth to discuss them so soon after his death, they nevertheless are important aspects of his legacy that deserve to be reflected on.

It’s still hard to wrap my head around Colin Powell’s endorsement of Barack Obama in 2008 over John McCain. Powell barely knew Obama but was friendly with John McCain. His endorsement seemed to be a response to the symbolic nature of Obama’s campaign rather than a reflection of practical considerations. As a veteran and POW permanently disabled by the torture he endured, McCain understood war and foreign affairs more than Barack Obama did, and frankly, ever will. Did the first black secretary of state care more about being on the Obama bandwagon because Obama would be the first black president? Perhaps. Whatever Powell’s disillusionment with the Republican Party may have been, that was no reason to choose a radical Illinois Democrat who’d barely been a U.S. Senator for five minutes before deciding to run for the highest office in the country.

Even if you dismiss Powell’s endorsement of Obama in 2008 as bandwagoning, Powell had every reason not to endorse him again in 2012. First, Powell’s reputation as a moderate certainly put him politically closer to Mitt Romney than Barack Obama, who, in his short time in office, had already racked up the highest deficits in history and pursued a radical transformation of our healthcare system.

But, Colin Powell’s reputation for his military leadership also conflicted with his 2012 endorsement of Obama. Obama’s unilateral decision to attack Libya violated pretty much every aspect of the so-called Powell Doctrine. Obama’s decision to attack Libya served no national security interest and had no apparent objective. Worse yet, Obama went ahead with the attack without the approval of Congress. Libyan President Muammar Gaddafi was by no means a good guy. Still, he voluntarily disarmed his country of weapons of mass destruction in December 2003 in response to the war in Iraq, and he was essentially contained. Obama may have treated Gaddafi’s death as a victory, but it resulted in the country’s destabilization and enabled the growth of ISIS in the region.

Powell’s 2012 endorsement of Obama effectively lent his credibility to Obama’s huge military mistake in Libya. He should have just stayed silent.

But Powell’s endorsement of Hillary also came in the wake of her attempting to blame him for her email scandal. He publicly called her and her “people” out for trying to blame her decision to set up a private email server on his advice. “Her people have been trying to pin it on me,” Powell said at the time. “The truth is, she was using [the private email server] for a year before I sent her a memo telling her what I did.”

He endorsed her anyway, claiming, “She is balanced, she has temperament, and no matter what anyone says, she has stamina.”

She’ll also gladly throw you under the bus if she thinks it’ll save her skin, but I guess integrity didn’t matter.

Colin Powell may have bought into the “Trump is a racist,” nonsense, but endorsing Joe Biden in 2020 truly made no sense. Powell’s military record earned him bipartisan respect and praise. But Biden’s record on foreign policy is full of bad judgments. As Robert Gates, who served as Obama’s first defense secretary, wrote in his memoir, Joe Biden has “been wrong on nearly every major foreign policy and national security issue of over the past four decades.” Yet, Colin Powell, who couldn’t possibly have been unaware of the weight his endorsement carried, backed Biden in 2020 over Trump, who did more to achieve peace in four years than Joe Biden ever did in his 50+ years in government. Powell may not have wanted to endorse, Trump despite his tremendous success as commander in chief, but endorsing Biden further destroyed Powell’s political credibility. In July, Powell even expressed support for Biden’s Afghanistan withdrawal strategy, telling Bob Woodward it was time to “get it over with. Afghanistan, you’re never going to win.” One can’t help but wonder what Powell thought after the Taliban took over. Would he have doubled down or acknowledged Biden’s failure?