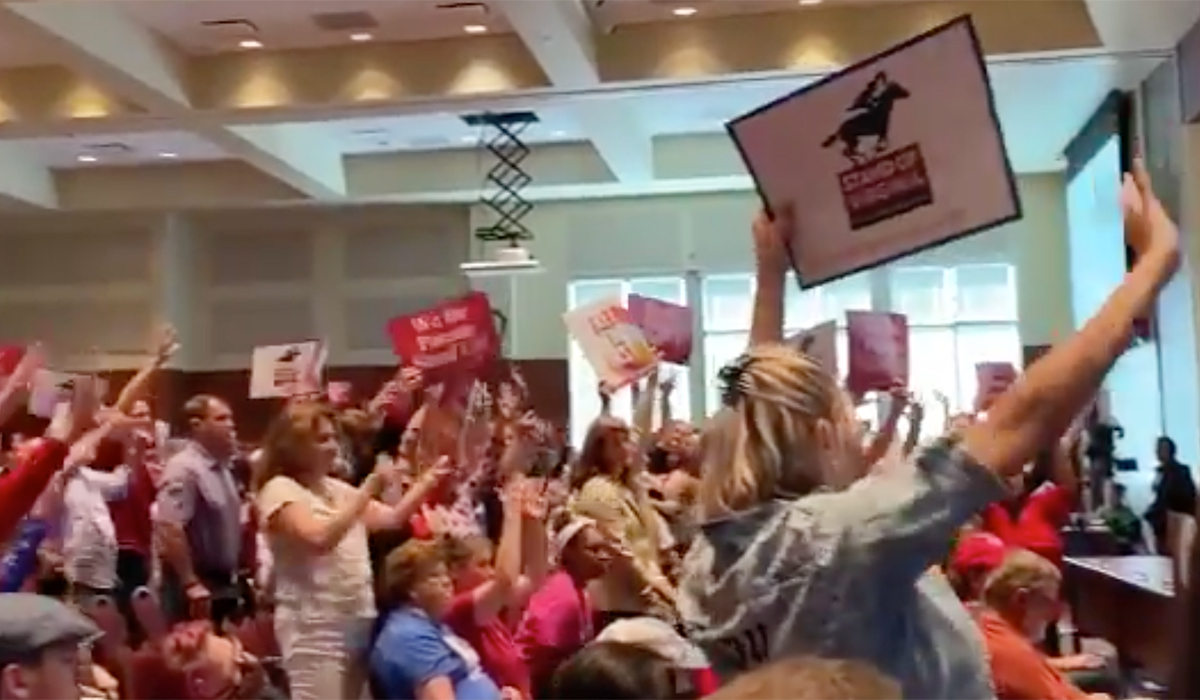 In the face of yesterday’s horrific report about public-school officials’ covering for alleged rapists in Virginia’s Loudoun County, Terry McCauliffe must surely regret his now-infamous one-liner that “parents [shouldn’t] be telling schools what they should teach.” Granted, that particular foot-in-mouth moment from the Virginia Democratic gubernatorial candidate was primarily in reference to the debates over critical race theory. (A controversy that Loudoun County Public Schools has not been immune to.) But it has become all the more significant in light of the Daily Wire bombshell that LCPS and the progressive school-board-aligned Loudoun County prosecutor protected a transgender student who allegedly forcibly sodomized a ninth-grade girl in a school bathroom — and prosecuted the victim’s father for making a scene in response.

The entire story is nauseating, but you should read it to understand how insane things have gotten in places like Loudoun County. The wealthy D.C. suburb was a solidly conservative district just a couple of decades ago, but rapid demographic change and an influx of blue-state emigrés have swung it far to the left. In 2020, Loudon County backed Joe Biden by more than 25 points, and its local officials — school-board members, prosecutors, and so on — are often now the kind of ideologues who protect accused rapists who identify as trangender and try to infiltrate groups of parents voicing opposition to critical race theory.

McAuliffe’s campaign has the common sense to know that this kind of radicalism is a serious threat to his gubernatorial ambitions, particularly in light of his stated commitment to disallowing parents from having a say in their childrens’ schooling. He hasn’t distanced himself from Loudoun County officials, of course; those wealthy college-educated progressives are a key part of his constituency. But he has scrambled to announce a number of education-centered events, including a “roundtable with educators and parents,” in the next couple of days.

Whether that works, of course, remains to be seen. It could well be the case that Virginia — like Loudoun County — has simply become overwhelmingly blue, and that the GOP’s statewide electoral ambitions are no longer realistic. But Virginia’s overeager progressives may have also gotten out over their skis. I wouldn’t count the Old Dominion out just yet.

Controversial statue torn down in 2017 re-emerges at golf course in Texas
Facebook Reportedly Plans To Change Its Name
Passengers watched woman being raped on train and did nothing, US police say
Double Trouble: Peter Doocy, Wife Hillary Vaughn Take on Jean-Pierre Over Biden’s Economy
CNN Lectures Manchin on Climate, Urges He Back Massive Spending & Regulations