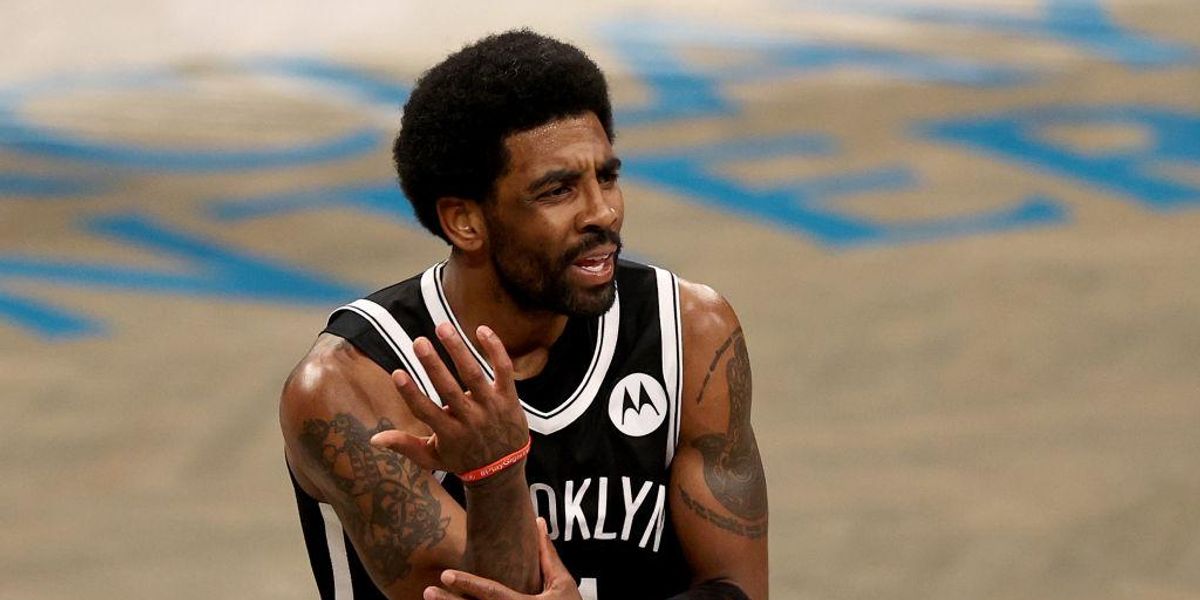 The NBA’s Brooklyn Nets have officially banned Kyrie Irving from the team over his refusal to get the COVID-19 vaccine.

The team announced Tuesday that the star point guard will be barred from joining the team for both practices and games until he decides to comply with vaccination protocols.

“Given the evolving nature of the situation and after thorough deliberation, we have decided Kyrie Irving will not play or practice with the team until he is eligible to be a full participant,” Marks said in a statement.

“Kyrie has made a personal choice, and we respect his individual right to choose. Currently, the choice restricts his ability to be a full-time member of the team, and we will not permit any member of our team to participate with part-time availability. It is imperative that we continue to build chemistry as a team and remain true to our long-established values of togetherness and sacrifice,” the general manager continued.

“Our championship goals for the season have not changed, and to achieve these goals each member of our organization must pull in the same direction. We are excited for the start of the season and look forward to a successful campaign that will make the borough of Brooklyn proud,” he added.

While the team is legally prevented from disclosing Irving’s vaccination status, Marks’ statement is evidence enough that the player has so far refused the vaccine.

In a similar fashion to the NFL, the NBA does not require players to get vaccinated but rather encourages such behavior by subjecting unvaccinated players to strict protocols such as mask-wearing and routine testing.

Players are also not shielded from state and local health guidelines that could prevent them from playing. In this case, ESPN reported, Irving is barred from playing home games under New York City’s draconian health guideline requiring proof of vaccination to enter indoor gyms — including Barclays Center, home of the Nets.

The league has said players will forfeit their salaries for the games they can’t play due to vaccination status. But Marks told reporters Tuesday that the team ban will not result in Irving forfeiting his salary for away games, despite the fact that he won’t play.

Irving, a seven-time All-Star and NBA champion, had not yet publicly responded to the news at the time this article was published.

He spoke on the issue during the league’s media day last week, though, at which time he asked for privacy but said, “I’m doing my best to maintain this with good intentions and a good heart.”