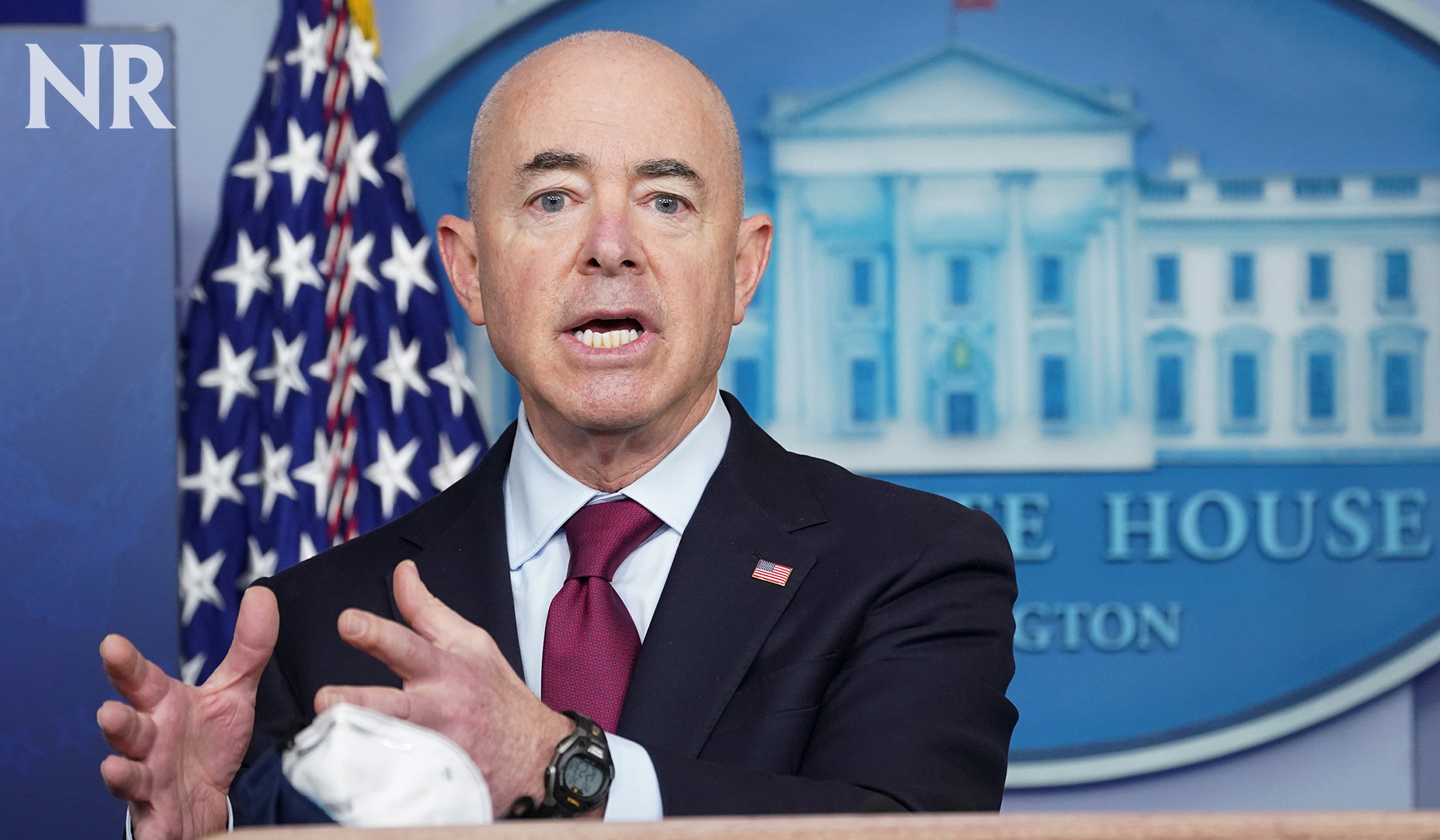 Homeland Security secretary Alejandro Mayorkas confirmed that about 12,000 migrants who arrived in Del Rio, Texas, over the past two weeks have been released into the U.S., in an interview on Fox News Sunday.

Host Chris Wallace noted that out of 30,000 migrants who came to Del Rio, Mayorkas has already stated that about 12,400 will have their cases heard by immigration judges, while another 5,000 are still being processed by the Department of Homeland Security.

“Of the 17,400 that weren’t deported back or returned on their own to Mexico . . . how many have been released into the U.S.?” Wallace asked.

“They’re released on conditions, and approximately I think it’s about 10,000 or so, 12,000,” Mayorkas responded. Regarding the 5,000 migrants still in processing, Mayorkas said any potential deportations would be made based on “our public health and public interest authorities.”

On Monday last week, Mayorkas warned that any migrants who come to the U.S. “will be returned.”

“If you come to the United States illegally, you will be returned,” Mayorkas said at a press conference in Del Rio. “Your journey will not succeed, and you will be endangering your life and your families’ lives.”

The Biden administration has faced criticism after about 30,000 migrants, most of them Haitian, crossed into Del Rio over the past two weeks. Most of the migrants arrived at a camp under the Del Rio International Bridge, with close to 15,000 living at the camp as of September 18, although Border Patrol agents managed to process the migrants and clear the camp by Friday.

During the same interview on Sunday, Wallace asked Mayorkas why the Biden administration did not stop the migrants from crossing the Rio Grande into Texas.

“Why didn’t you build—forgive me—a wall, or a fence, to stop . . . this flood of people coming across the dam? It looks like a highway that allows them to cross the Rio Grande,” Wallace said.

“It is the policy of this administration: we do not agree with the building of the wall,” Mayorkas replied. “The law provides that individuals can make a claim for humanitarian relief. That is actually one of our proudest traditions.”

Couric Blames America’s ‘Sexism’ for Her Failure as CBS Anchor
Kobe Bryant’s widow sues over first responders who shared photos of his body – but lawyers fight back
Biden Thinks He Knows the REAL Reason Behind the Jan. 6th Riot
Sen. Joe Manchin delivers another blow to Biden’s agenda that would ‘dramatically weaken’ spending bill
Trump questioned by lawyers as protesters allege his security guards violently attacked them