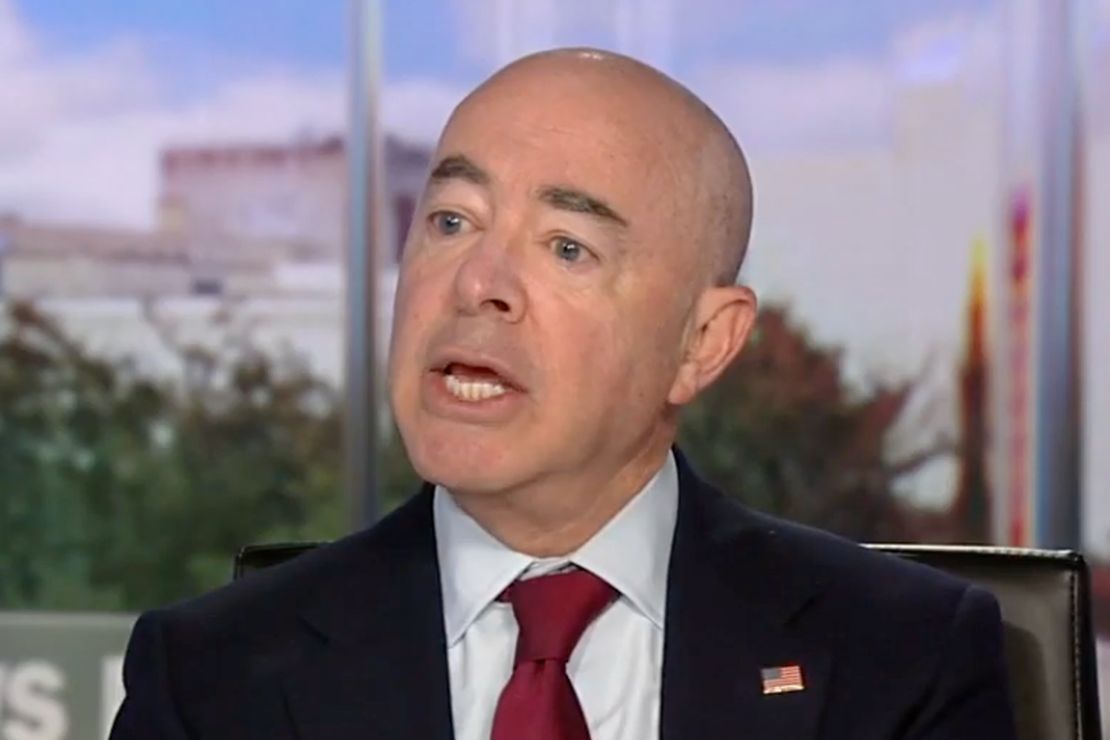 Homeland Security Secretary Alejandro Mayorkas followed up a horrific week with an array of Sunday show appearances, seeking to halt criticism of the Biden administration’s handling of the southern border crisis.

The ineffectual Mayorkas tried defending policies that angered everyone, since conservatives want border security, and Democrats, including President Joe Biden, prefer to vilify those keeping the country safe.

Mayorkas, who also spoke to CNN and NBC, faced his toughest questions from Chris Wallace on Fox News Sunday.

Nearly 15,000 migrants, mainly Haitian, lived in squalid conditions under the Del Rio International Bridge for over a week, though in the past 36 hours, U.S. Border Patrol agents cleared the camp. DHS made a decision not to test the migrants for COVID before releasing them into the country.

Wallace asked Mayorkas why no one stopped the migrants from crossing the Rio Grande River with, perhaps, a wall or fence.

“It is the policy of this administration: we do not agree with the building of the wall,” Mayorkas quickly replied. “The law provides that individuals can make a claim for humanitarian relief. That is actually one of our proudest traditions.”

Mayorkas also continued to promote the irresponsible and debunked Yamiche Alcindor story from nearly a week ago that the Border Patrol’s use of horses to police the migrant camp in Del Rio was criminal or, as the vice president and other Democrats claimed, akin to slavery. He said there will be a fair investigation.

Wallace asked Mayorkas how many of the Haitian migrants who came to border crossing have been released into the U.S. so far.

“About 3,000 are actually in detention,” the DHS secretary stated. “Others are in immigration court proceedings.”

Wallace then asked how many of the 17,400 who weren’t deported or didn’t return on their own to Mexico have been released into the U.S.

The two went back and forth before Mayorkas confessed that 2,000 were returned to Haiti on flights under Title 42 — a policy invoked at the start of the pandemic to allow for swift expulsion — while an additional 12,400 will remain in the country until a judge hears their asylum cases.

Those illegals—departed by bus, car & plane to every corner of US—join the mammoth masses released by Mayorkas who’ll never be seen by DHS again. They turn themselves in b/c they know they get to stay. (ICE couldn’t find if wanted to, but are barred by Mayorkas from even trying). https://t.co/x3YwG1lIPu

“11 million people in this country without lawful presence is a compelling reason why there is unanimity about the fact that our immigration system is broken and legislative reform is needed,” Mayorkas deflected.

Wallace specifically asked whether Biden’s policies gave immigrants “a reason to believe there’s a reasonable chance if they come into this country, they’ll end up being released into the country and have months, perhaps years, to stay here.”

“We’ve seen this type of irregular migration many, many times throughout the years,” Mayorkas pandered.

“It has gotten worse,” Wallace jumped in. “The statistics of your own department show the flood of people coming illegally across the border has gotten worse under the Biden administration.”

Tone-deaf Mayorkas responded by saying, “I wouldn’t call it a flood, Chris, this is nothing new.”

Abbott added that “the characterization that the Democrats have made about the Border Patrol using them as whips, whipping people who were coming across the border is false” and if Biden takes disciplinary against Border Patrol agents, ‘I will hire you to help Texas secure our border.’”

Texas is securing the border.

Biden’s own Border Patrol agents said it was the Texas Dept. of Public Safety & Texas National Guard that stopped the migrant surge in Del Rio.

As Biden fails, Texas will continue stepping up. pic.twitter.com/NrBb2zfcxQ

Biden has yet to visit the Mexico-United States border, either as president or perhaps in his life.