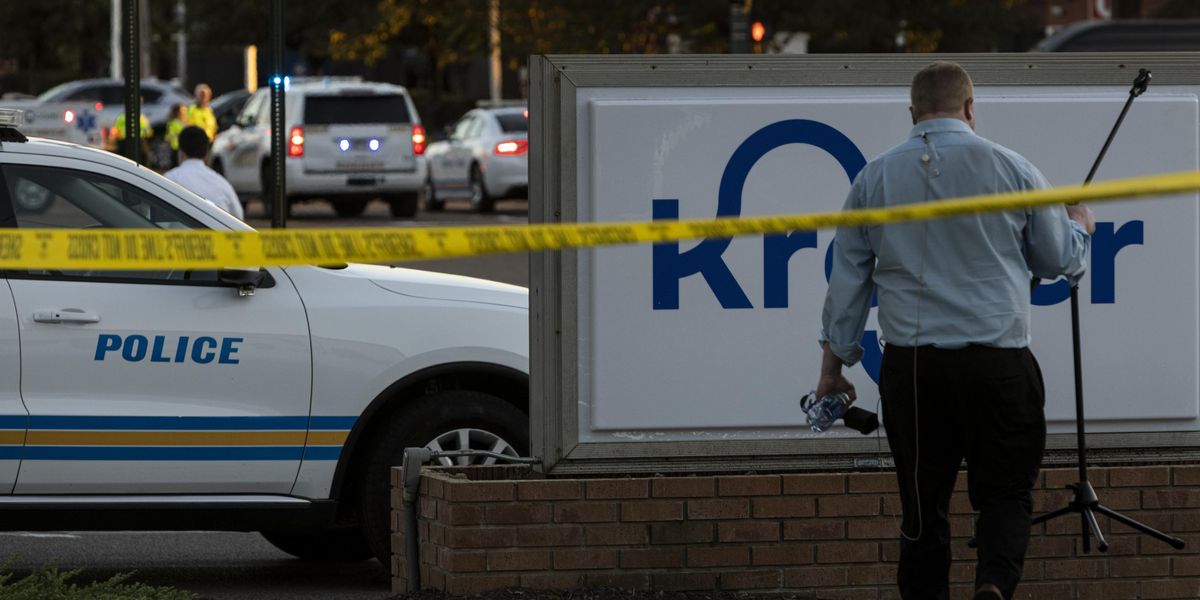 Tennessee grocery store employees reportedly hid in freezers during Thursday afternoon’s mass shooting in which at least 15 were injured and at least one person was killed.

The gunman — identified Friday by CNN as Uk Thang — also died from a self-inflicted gunshot wound, police said, and a motive is not known at the time of this reporting.

The horror unfolded Thursday afternoon at a Kroger in Collierville, Tennessee, as the suspect opened fire on shoppers and employees alike, People reports.

Authorities say the woman killed in the shooting was identified by her family as Olivia King.

He wrote, “This type of crime needs to stop being glossed over and sanitized. No one deserves this. Our family is devastated by this senseless act of violence. We ask that you pray for the repose of the soul of our mother, Olivia King. We also ask everyone for their prayers for all families and friends affected by the events today, as well as for God’s mercy on the shooter and his family. Thank you.”

“I’ve never seen anything like it,” he admitted. “There were numerous employees that were working. We found people hiding in freezers and locked offices. They were doing what they were trained to do: run, hide, fight.”

Brignetta Dickerson, an employee, said that she hid in the back of the store when the gunfire began ringing out.

Fox News reported that police said 44 employees were in the store at the time of the shooting.

A Kroger spokesperson said the company is praying for the families of those injured and killed in the attack.

“We are deeply saddened by the incident that occurred at our Kroger store located on New Byhalia Rd. in Collierville, TN – a suburb of Memphis,” a spokesperson said of the incident. “The entire Kroger family offers our thoughts, prayers and support to the individuals and families of the victims during this difficult time.”

The spokesperson added, “We are cooperating with local law enforcement, who have secured the store and parking lot. The store will remain closed while the police investigation continues, and we have initiated counseling services for our associates.”

Lane concluded, “This is a horrible day in Collierville. Our hearts go out to the victims, families, and friends involved in the senseless tragedy. Please keep our community in your thoughts and prayers. At this time, there are no known threats to the Collierville community and our department is working diligently to prevent further violence.”

The shooting remains under investigation.

TW: Kroger employee describes injuries to her coworkers and customers at a shooting in Collierville, TN. https://t.co/3NqEP4ccpA

On Friday, CNN reported that Thang, the 29-year-old suspect, was a third-party vendor for the store.

“In the hours since the shooting, we’re learning of truly heroic acts that included associates, customers and first responders selflessly helping to protect and save others,” Kroger said in the statement. “We will remain forever grateful to the first responders who so bravely responded to protect our associates and customers. The entire Kroger family offers our thoughts, prayers and support to those impacted by this tragedy, including our associates, customers.”