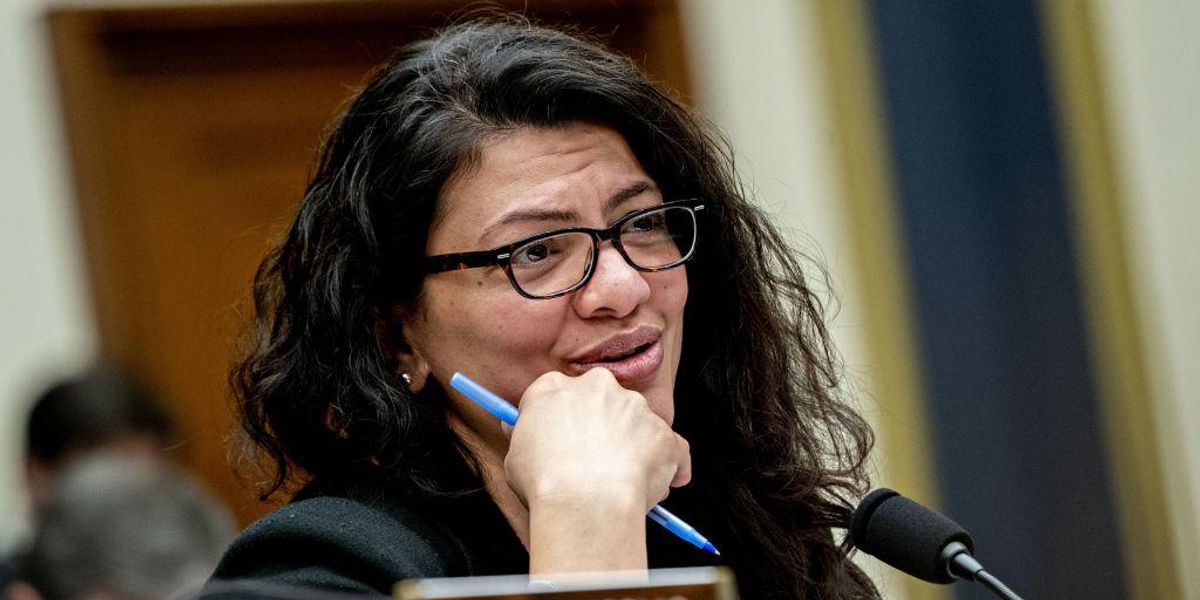 Rep. Ted Deutch of Florida passionately pushed back on Thursday after fellow Democrat Rep. Rashida Tlaib of Michigan described the nation of Israel as an apartheid state when she spoke in opposition to a measure to provide $1 billion in funding for Israel’s Iron Dome missile defense system.

“We cannot ta— be talking only about Israelis’ need for safety at a time when Palestinians are living under a violent apartheid system, and are dying from what Human Rights Watch has said are war crimes. We should also be talking about Palestinian need for security from Israeli attacks. We must be consistent in our commitment to human life. Period. Everyone deserves to be safe there,” said Tlaib, a progressive congresswoman whose parents are Palestinian immigrants.

“I firmly believe our country must oppose selling weapons to anyone, anywhere, without human rights law compliance. The Israeli government is an apartheid regime—not my words, the words of Human Rights Watch and Israel’s own human rights watch organization B’Tselem,” she declared.

GOP Rep. Chuck Fleischmann of Tennessee spoke after Tlaib, urging the majority to condemn her comments.

Then Deutch spoke and said that Tlaib had “besmirched” Israel. He rejected the notion that the country is an apartheid state.

Deutch declared, “I cannot allow one of my colleagues to stand on the floor of the House of Representatives and label the Jewish democratic state of Israel an apartheid state. I reject it. Today this caucus, this body, the House of Representatives will overwhelmingly stand with our ally, the state of Israel, in replenishing this defensive system. If you believe in human rights, if you believe in saving lives—Israeli lives and Palestinian lives—I say to my colleague who just besmirched our ally, then you will support this legislation.”

The congressman said that the false description of Israel is “consistent with those who advocate for the dismantling of the one Jewish State in the world. And when there is no place on the map for one Jewish State, that’s anti-semitism, and I reject that. I stand in support of this important legislation,” he said.

The House decisively passed the measure by 420-9. In addition to Tlaib, seven other Democrats and one Republican voted against passage, according to Fox News.

The outlet reported that the Democrats who voted against it included: Reps. Ilhan Omar of Minnesota, Ayanna Pressley of Massachusetts, Cori Bush of Missouri, André Carson of Indiana, Marie Newman of Illinois, Raúl Grijalva of Arizona, and Chuy Garcia of Illinois.

GOP Rep. Thomas Massie of Kentucky also voted no, according to the outlet, which also reported that Democratic Reps. Alexandria Ocasio Cortez of New York and Hank Johnson of Georgia each voted present.

The Real Crisis is Closer to Home
Judge William Pryor Against “Living Common Goodism”
President Joe Biden’s Schedule for Tuesday, October 19, 2021
US Isn’t Alone in Support of Taiwan
Being Pro-Life Means Being Pro-Family