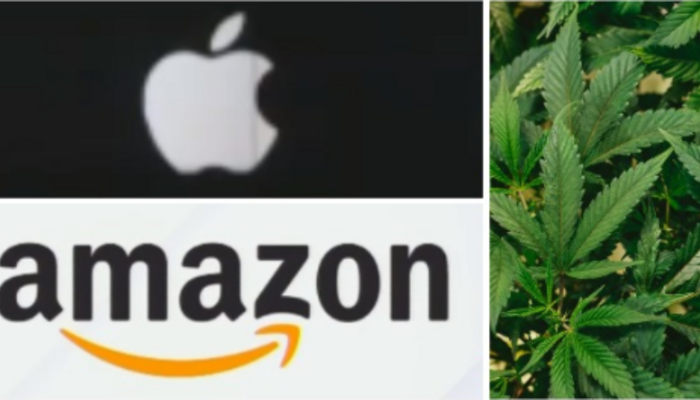 Whether looking at hiring policies or the App Store, Amazon and Apple appear to be going to pot.

Amazon and Apple are increasingly more accepting of marijuana (cannabis) use, a drug considered a Schedule I drug under The Controlled Substances Act. Amazon has considerably loosened its marijuana-related drug testing policies for job applicants, reported Protocol. Apple too, whose App Store once “banned apps that facilitated marijuana sales,” according to Mashable, reportedly changed its policy. Apple now reportedly allows it and approved the “cannabis delivery service,” Eaze, for its App Store in July, reported Fortune. 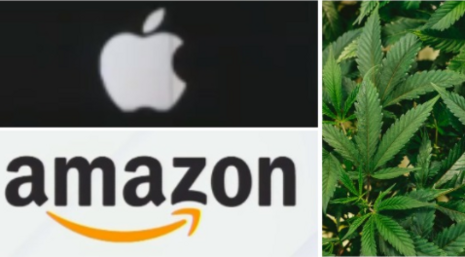 Amazon announced in June it would not be testing the majority of job applicants for marijuana use. “We hope that other employers will join us,” Amazon said. The shipping giant just announced it “also reinstated the employment eligibility for former employees and applicants who were previously terminated or deferred during random or pre-employment marijuana screenings.” Amazon has even endorsed a new senate bill, the Cannabis Administration and Opportunity Act. Protocol reported that the bill “would allow resentencing for people imprisoned for marijuana crimes and expunge records for nonviolent convictions.” Amazon also lobbied for another law decriminalizing marijuana, The Marijuana Opportunity Reinvestment and Expungement Act of 2021 (MORE Act), earlier this year.

Protocol wrote that Amazon, the second largest private U.S. employer, became “caught up in the web of often-conflicting and fast-changing marijuana rules on the state level.” Protocol also speculated that Amazon is hoping the changed marijuana policies will help hiring. Amazon has reportedly been suffering from high turnover in a “tight labor market” at a time when the company is seeking to hire over “100,000 new workers.”

Meanwhile, Apple’s initial approval of Eaze has brought other “cannabis delivery services” to join Apple’s App Store, according to Mashable.  App Store guidelines retain some restrictions, stipulating that cannabis-providing apps must use a “legal entity that provides the services, and not by an individual developer.” The cannabis apps are also unavailable for download or “geo-restricted” for residents of states where weed is not legal. The App Store guidelines state, “Apps that encourage consumption of tobacco and vape products, illegal drugs, or excessive amounts of alcohol are not permitted on the App Store.” An exception is made for “otherwise legal cannabis dispensaries” in the same paragraph.

MRC Free Speech America reached out to Apple for comment, but Apple has not responded as of the publishing of this piece.

A recent Gallup poll perhaps points to a factor in Amazon’s and Apple’s policy shifts. The poll found that nearly half of Americans have at least tried marijuana, a record high, and 12 percent of U.S. adults smoke weed.

Conservatives are under attack. Contact Amazon at (206) 266-1000 and Apple and demand that they be held to account to provide transparency: Companies need to design open systems so that they can be held accountable, while giving weight to privacy concerns. If you have been censored, contact us using CensorTrack’s contact form, and help us hold Big Tech accountable.