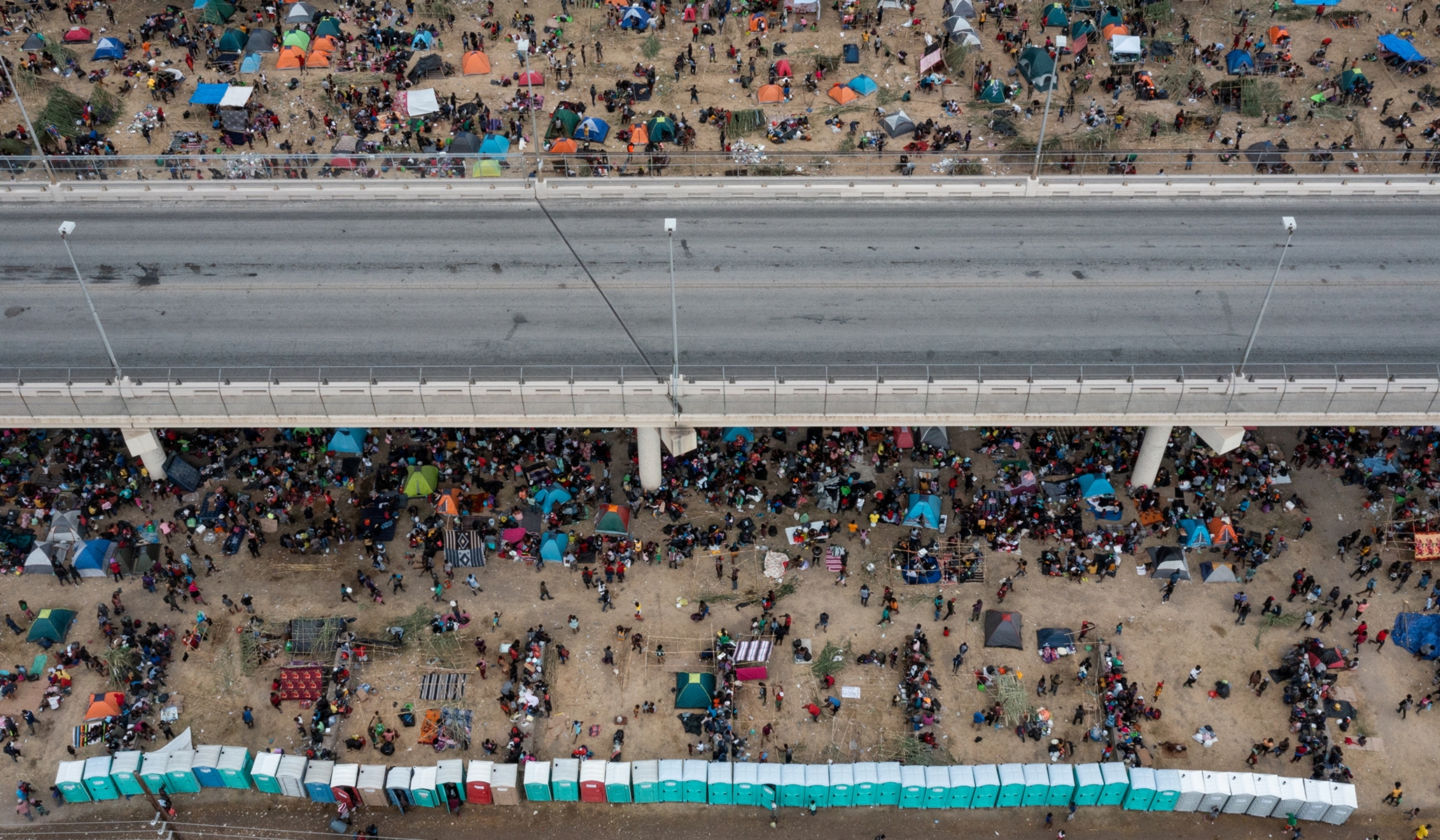 Representative August Pfluger (R., Texas) is sounding alarms after visiting Del Rio, Texas, where Border Patrol agents have been overwhelmed by thousands of mostly Haitian migrants streaming across the border and camping out under a bridge.

Pfluger said in a tweet that there were nearly 15,000 migrants gathered at the port of entry — which he noted was up from 12,000 just the day before — with “hundreds more gathering every hour.”

The number of migrants at the camp has exploded since Wednesday, when there were 4,000 migrants there. Officials have sent toilets, water, medical supplies and other humanitarian aid to assist the migrants who are sheltering under the bridge from sweltering temperatures.

“It’s worse than you could imagine,” he added.

In a series of tweets Pfluger called the situation “devastating” and said the response is “not nearly enough to tamper the chaotic situation.”

I spent the day in Del Rio, TX with local and state leaders and law enforcement—what I heard, and what I saw, was devastating. There were nearly 15,000 migrants gathered at the port of entry with hundreds more gathering every hour—up from 12,000 just the day before.

“When I went in up in a helicopter to survey the scene, migrants were literally being pushed over the border,” he said. “Why is the administration not taking the proper steps to deter this situation?”

The White House said it will increase deportation efforts on Sunday and plans to send five to eight planes of migrants back to Haiti per day.

Border officials have temporarily closed the border crossing and are re-routing border traffic to “more effectively manage resources and ensure uninterrupted flow of trade and travel.”

Pfluger and other lawmakers have said the crisis has been worsened by the Biden administration’s decision to halt deportation flights as well as the extension of Temporary Protected Status (TPS) for Haitians already in the U.S., amid the rollback of other Trump-era policies.

“Where is the leadership?” Pfluger asked. “What is the administration doing? Why are they not down here right this second like I am?”

Fired for Biblical Marriage Views, Former Fire Chief Explains How Faith Carried Him Through Persecution
‘Paid leave should be a national right’ Megan Markle says in letter to Nancy Pelosi, Chuck Schumer
Couric Blames America’s ‘Sexism’ for Her Failure as CBS Anchor
Nets Trashed Trump’s ‘Remain in Mexico’ Policy as Cruel, Silent as Biden Restarts
‘We got one laying down’: 911 call reveals chaos and panic on set after Alec Baldwin shot crew member