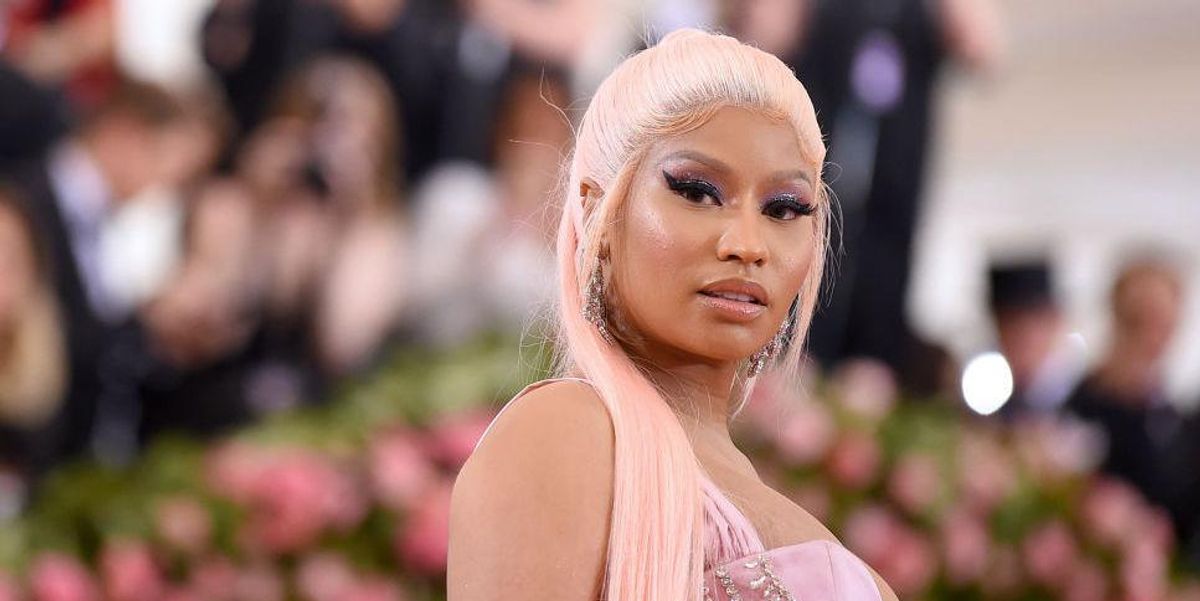 A Trinidad-based media company accused rapper Nicki Minaj of subjecting of its journalists to death threats after she called out an enterprising reporter who was allegedly “harassing” her family in Trinidad.

Minaj found herself the center of controversy, and accused of spreading COVID-19 vaccine misinformation, after claiming this week that a cousin in Trinidad has a friend who “became impotent” after receiving the COVID-19 vaccine.

Minaj claimed Friday that journalists were “harassing” her family, and revealed proof of unrelenting contact by one reporter in particular.

“Threatening my family in Trinidad won’t bode well for you,” Minaj wrote on Instagram, using the platform’s “stories” feature. “They’re forcing my family to have to hide out. This is what speaking up looks like. Millions of poor people are treated this way by the ppl you think are the ‘good guys.’ This is unconscionable.”

Minaj targeted two reporters in particular: one from the Daily Mail and another, Sharlene Rampersad, of the Guardian Media Limited, a media company headquartered in Trinidad’s capital city, Port of Spain.

Included with her message, Minaj posted screenshots of messages that Rampersad allegedly sent one of Minaj’s family members. The messages from Rampersad spanned two days and sounded coercive.

After repeatedly messaging the family member and not receiving a response, Rampersad wrote, “I know you are hesitant to speak with us. But just letting you know, CNN is in the country looking for you. And when they find you, they won’t hesitate to reveal where you live or where your [girlfriend] lives…anything and anyone who is tied to you. If you speak to me, we won’t reveal those details. So, what do you say?”

Nicki Minaj says her family in Trinidad have been harassed and threatened by journalists. https://t.co/s6AzYUN2lT

What did the media company say?

The company released a statement Friday accusing Minaj, without naming her, of “intimidation,” “aggression on social media,” and subjecting its journalist to “a range of attacks via social media including death threats.”

Today, in the legitimate pursuit of a story that has both local and international interest, one of our journalists has been subjected to a range of attacks via social media including death threats.This is unacceptable and we have taken all measures within our control to ensure her safety and security.

At Guardian Media Ltd. we denounce intimidation of journalists in any form. Balanced reporting which presents all perspectives is fundamental to the democratic process and we will continue to champion vigorously the freedom of the press.

The use of aggression on social media to intimidate can have adverse physical and psychological effects on people. As a responsible media house, we encourage others to stand up against this type of behaviour as we can all make a difference in addressing this global challenge posed by the pervasive nature of social media.

Biden Continues to Lie About His Role in the Vaccine Rollout
‘There Are No Conflicts Of Interest,’ Garland Responded To Questioning Over His Son-In-Law’s Pro-CRT Education Company
US Secretary of State Colin Powell dies following COVID complications, says family
Twitter CENSORS Marjorie Taylor-Greene for Saying Trans Levine ‘Isn’t the First Female Anything’
Biden Delivers a Speech at 10th Anniversary of Martin Luther King, Jr. Memorial Dedication – 10/21/21