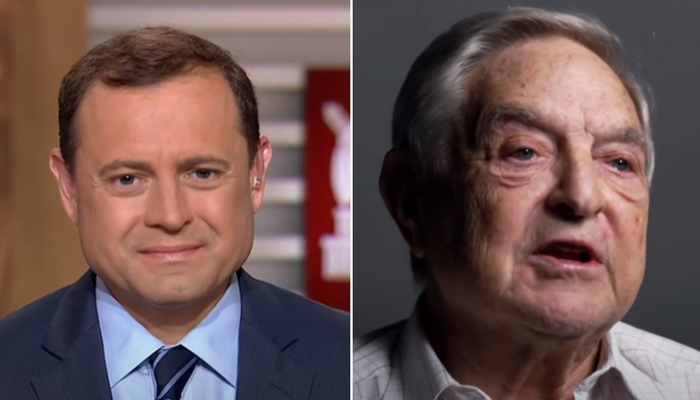 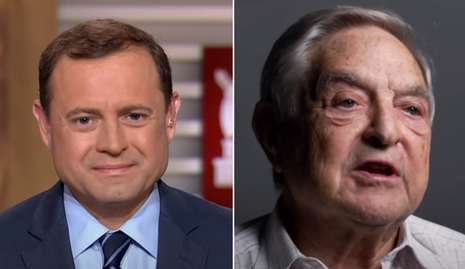 Open Society-U.S. Executive Director Thomas Perriello wrote a disgusting op-ed for Politico Magazine headlined: “Biden Is the Most Pro-Family President in Decades. So Why Is the Catholic Church Attacking Him?” Perriello tried to prop up President Joe Biden’s “pro-family” bona fides despite the fact he has supported codifying Roe v. Wade (1973) and was reported to back abortion up until the moment of birth.

Perriello specifically chastised the U.S. Conference of Catholic Bishops (USCCB) for being silent amidst Biden’s misleading “Build Back Better” agenda, which he categorized as pro-family. He accused the Church of having “to invent concerns about tax dollars funding abortion services that are not even included anywhere in the bill.”

Perriello’s op-ed glosses over the fact that Biden’s recent budget proposal sought to repeal the Hyde Amendment, which would then permit federal funding of abortions. Instead, Perriello ironically said the USCCB’s silence on Biden’s radical leftist agenda is an “absence of moral leadership.” Perriello seemed to forget that his boss is one of the most notorious abortion funders in the U.S. Perriello should not be lecturing anyone about “moral leadership.”

The Open Society-U.S. director continued spewing bile against the USCCB for its commitment to protecting unborn human babies “as if it is the only [moral issue] — even during a period of dehumanizing and violent attacks against immigrants.” Did Perriello also forget Biden’s policies have caused an immigrant crisis at the U.S. southern border that has led to the “dehumanizing and violent” trafficking of women and children?

Perriello even attacked the USCCB for allegedly “politiciz[ing] the Eucharist” by considering the denial of communion to Biden over his radical abortion agenda. He accused the U.S. bishops of “looking like poll-tested politicians.”

Perriello is being hypocritical. He lobbied in his piece for liberal policies as “pro-family” while simultaneously arguing that the sanctity of life need not be a preeminent issue. He continued lambasting the Church:

To this day, the church’s only lobbying priority that may rank higher than abortion is fighting every federal or state law that targets its impunity and limited liability over the sexual abuse saga. At a time when a deeply divided America could benefit from the moral leadership of what the USCCB preaches — confession, contrition and penance — these leaders respond with obfuscation, lobbyists and lectures.

Conservatives are under attack. Contact Politico at 703-647-7999 and demand its magazine distance itself from Perriello’s attacks against the Catholic Church.

Woke Military Deploys Gender Advisors for Afghans at Fort McCoy
Biden Continues to Lie About His Role in the Vaccine Rollout
‘We got one laying down’: 911 call reveals chaos and panic on set after Alec Baldwin shot crew member
Allison Williams delivers tearful and powerful explanation why she defied ESPN’s vaccine mandate; will now be forced out of the company
DC Comics Drops “The American Way” from Superman’s Motto After 83 Years for More Globalist View