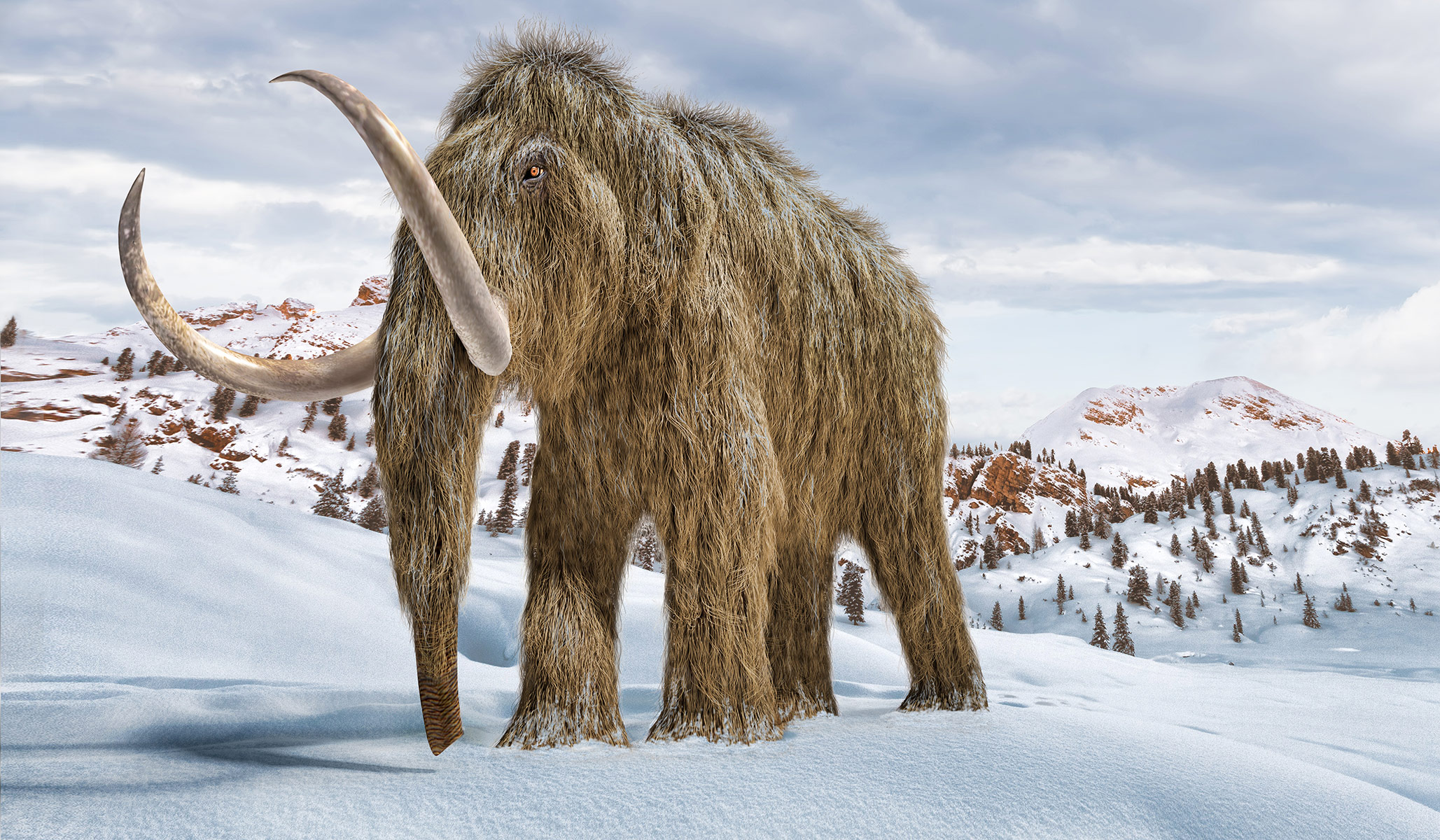 I’m sure these guys have endured their share of Jurassic Park jokes. But this story in Entrepreneur — headlined “This New Company Says It’s Bringing Back the Woolly Mammoth, as a Way to Fight Climate Change” — must be noted:

The woolly mammoth was last seen roughly 10,000 years ago, during the Ice Age. Can bringing it back help cool our warming planet now?

That’s the bold idea put forward by Colossal, a bioscience and genetics engineering company that launches today — and is backed by Harvard University and some of the world’s most forward-thinking scientists.

Fighting climate change with mammoths may seem crazy, but it has decades of research behind it — including the work of George Church, Ph.D., a world-renowned pioneer in genomics. Church runs a lab at Harvard and has been exploring how to genetically re-engineer the woolly mammoth using its closest living relative, the Asian Elephant.

The reason is this: One of the greatest threats to the earth is the melting of the arctic permafrost and its massive release of the greenhouse gasses that are stored safely in its freeze. When the herds of woolly mammoth and other animals vanished, that area became covered with a forest that keeps the earth warmer. Church is betting on the idea that a resurrected population of the mammoths, if let loose in the arctic, would chomp and stomp down the bush and trees, exposing the earth to subzero temperatures and allowing the tundra’s original grasslands to grow back. That ecosystem, maintained by the large creatures, would then effectively sequester carbon, rather than allowing it back into the atmosphere.

He’s now in business with an entrepreneur named Ben Lamm and several others.

It’s safe to say that nobody writing about this today has any idea whether what’s outlined above is a plausible scenario, or whether defying Mother Nature to save Mother Nature is a wise trade-off.

But we do know that this ends with dozens of Procompsognathuses nibbling a visionary who dared to dream to death. George Church and Ben Lamm are two very brave men.