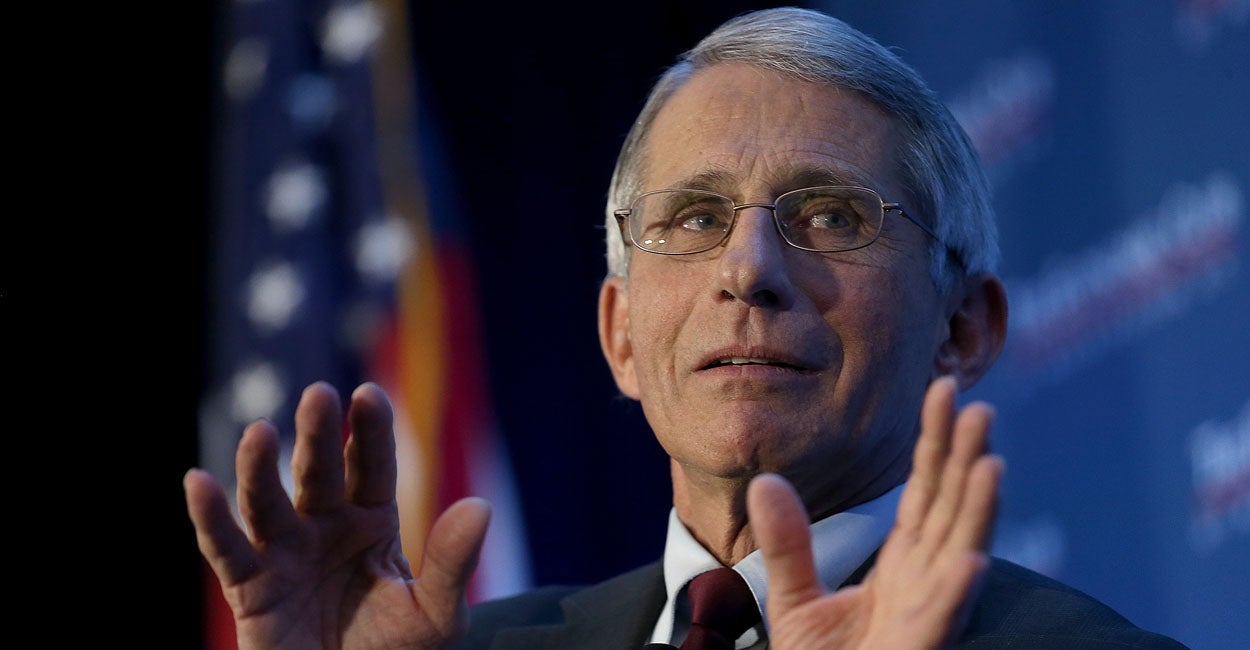 American and Chinese researchers funded by Dr. Anthony Fauci’s federal agency created viruses in a Wuhan lab that exhibited over 10,000 times higher viral load in humanized mice than the natural viruses they were based on, another expert in infectious diseases says, citing newly released documents.

The U.S. nonprofit group EcoHealth Alliance notified Fauci’s National Institute of Allergy and Infectious Diseases in two reports that between June 2017 and May 2018 it had created three lab-generated chimeric SARS-related coronaviruses in China that exhibited “significantly higher” viral loads, documents first reported by The Intercept show. But Fauci’s agency continued to fund the project with taxpayer dollars without flagging it for review by an independent committee created in late 2017 to oversee so-called gain-of-function research.

Rutgers University professor Richard Ebright, a vocal opponent of gain-of-function research, said the data was a “bona fide bombshell” that proves the National Institute of Allergy and Infectious Diseases, under Fauci’s leadership, violated federal policies, endangered the public, and lied to Americans.

“The results demonstrate–unequivocally–a gain in function,” he said.

Ebright added on Twitter that the research that National Institute of Allergy and Infectious Diseases allowed EcoHealth Alliance to conduct in China could have yielded the coronavirus that causes COVID-19 or a progenitor of that virus.

EcoHealth Alliance first notified the National Institute of Allergy and Infectious Diseases that it created the three lab-generated SARS-related coronaviruses in a progress report detailing its research activities between June 2017 and May 2018.

In the report, the organization said:

Using the reverse genetic methods we previously developed, infectious clones with the WIV1 backbone and the spike protein of SHC014, WIV16 and Rs4231, respectively, were constructed and recombinant viruses were successfully rescued. 2 and 4 days post infection, the viral load in lung tissues of mice challenged with rWIV1-SHC014S, rWIV1-WIV16S and rWIV1-Rs4231S … were significantly higher than that in rWIV1-infected mice.

EcoHealth Alliance included a chart visualizing the increased viral load of its lab-created viruses. The chart is presented in a Log scale, meaning each tick of the chart represents a 100-fold increase in viral load in mice with humanized cells, Ebright explained to The Daily Caller News Foundation.

“Each tick in the chart on the right represents an increment of 100x,” Ebright said. “The day 4 data show greater-than-10,000x higher viral loads for the lab-generated viruses.”

The viral load for humanized mice infected with the natural virus caught up with the lab-created strains by the end of the experiment, the chart shows, but Ebright said that viral loads in the early stages of an infection are important figures to consider when assessing a pathogen’s transmissibility.

EcoHealth Alliance included the same two charts in a 2018 request to Fauci’s National Institute of Allergy and Infectious Diseases requesting additional funding for its research in China, the document trove released by The Intercept shows.

Federal funding for gain-of-function experiments that increase the transmissibility or pathogenicity of potential pandemic pathogens was temporarily suspended in 2014 due to widespread scientific concerns it risked leaking supercharged viruses into the human population.

Funding for gain-of-function research was resumed in late 2017, but only for projects that went through the new Potential Pandemic Pathogens Control and Oversight framework. That framework includes a review by a Department of Health and Human Services review board tasked with critically evaluating whether grants that involve enhancing dangerous pathogens, such as coronaviruses, are worth the risks and that proper safeguards are in place.

The National Institute of Allergy and Infectious Diseases opted not to flag the EcoHealth Alliance grant for Potential Pandemic Pathogens Control and Oversight after determining on its own accord that the project “did not involve the enhancement of the pathogenicity or transmissibility of the viruses studied,” a National Institutes of Health spokesperson previously told The Daily Caller News Foundation.

Content created by The Daily Caller News Foundation is available without charge to any eligible news publisher that can provide a large audience. For licensing opportunities for this original content, email [email protected]