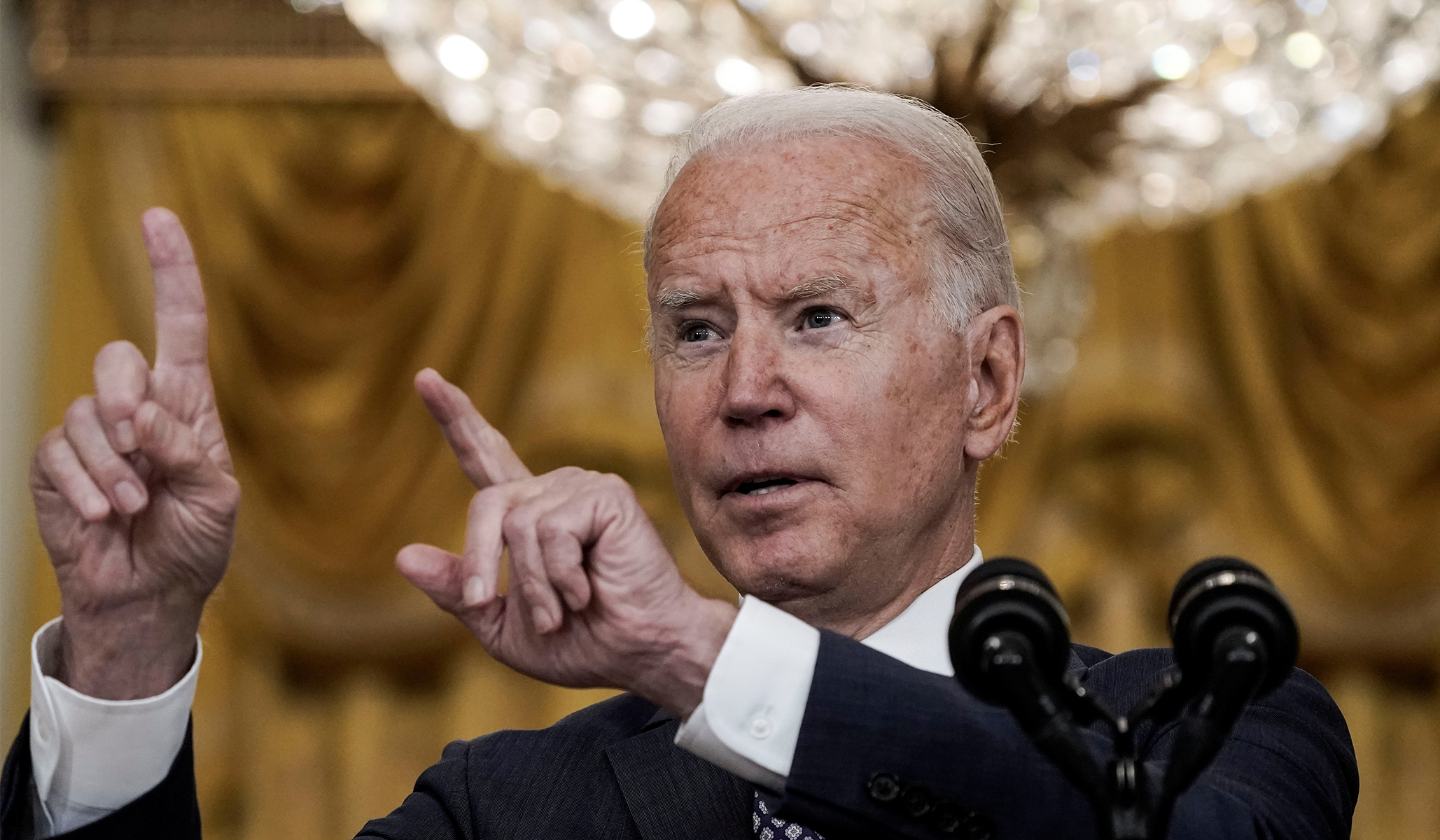 As I watched President Biden’s speech announcing his mandate that larger private employers require vaccination or weekly negative testing, I reacted with horror, firing off a series of tweets raising questions about his flouting of procedural norms to achieve goals that he wants. This, naturally, led to a flood of anger and mockery directed toward me, with arguments that were either ill-informed or deliberately dishonest. Since some of the arguments are likely to come up again and again, I thought it was worth responding to the most common ones.

I’ve had people suggest that I somehow never raised a peep about procedural norms when Donald Trump was president. This is verifiably false. Starting during the campaign, and throughout his presidency, I criticized Trump for comments and actions that revealed a disregard for limits on executive power. When Trump claimed that he’d have anybody who kills a cop executed, I described it as authoritarian, and explained why the president doesn’t have such powers. When conservatives were justifiably angry at Trump for his infamous statement “Take the guns first, go through due process second,” I used it as an opportunity to argue that they should be more broadly opposed to his disregard for norms, writing that “processes exist for a reason. They are our protection against lawlessness and totalitarianism.” And I wrote that the incident, “presents a good opportunity for his supporters to reconsider whether they should be so sanguine about the long-term implications of his rejection of the concept of procedural norms.” When Trump invoked emergency powers to try and build his border wall, I called it “a dangerous, rash, reckless, and myopic decision that should be passionately opposed by all principled conservatives.” While I worked at the Washington Examiner at the time, I know that National Review also ran many pieces such as this making similar arguments. I also, it should be noted, have written of Gov. Ron DeSantis’s ban on cruise ships imposing vaccine requirements, that it is “overreach that should be struck down by the courts.” Regardless of my consistency on the issue, that Trump went too far has no bearing on whether Biden’s decision is legal.

But you’ve defended different vaccine mandates in the past!

Yes, it’s true. Twitter sleuths quickly uncovered that I have a long record of being not just a passionate advocate in favor of vaccination, but also somebody who has defended different vaccine mandates in the past. This, apparently, proves I am a “hack fraud.” Only it doesn’t. In the past, I have written in defense of mandates issued at the state level and by school districts. That is a completely different question from the ones raised by having OSHA deputize employers to enforce a de facto vaccine mandate on 80 million private sector employees at the federal level. There’s a reason you have not seen me complaining about the COVID-19 vaccine mandate issued by the public school system in Los Angeles.

But we’ve been mandating all sorts of vaccines for hundreds of years!

Former senior advisor to Barack Obama mockingly replied to me, “Next thing you know, there will be vaccine mandates for schools, the military, and summer camps.” And others have suggested that the founders supported such mandates and that the Supreme Court has ruled on this. Charlie had a smart post on this earlier today, but the fact that George Washington supported inoculation of troops in the Continental Army and the fact that the Supreme Court has upheld vaccination mandates in the past has zero bearing on the current discussion. The 1905 Supreme Court case, Jacobson v Massachusetts, concerned a small-pox vaccination requirement in Cambridge, Mass. The court concluded that, “It is within the police power of a State to enact a compulsory vaccination law…” The federal government does not have police power. OSHA, the entity through which Biden is going to issue this mandate, wasn’t even created until 65 years after the Jacobson decision. Though we do not yet have a formal order, the Biden administration has indicated that it would have OSHA issue an Emergency Temporary Standard. Legal challenges will likely hinge on whether OSHA exceeded its authority by leaning on this rarely deployed mechanism for such sweeping ends. The fact that Pfeiffer and others point to state level requirements and requirements for the military (who are government employees), again, has no relevance at all to the debate over whether what OSHA is about to do is legally permissible. Regardless of whether one believes that this is within Biden’s power, let’s be clear that what OSHA is about to do would be without precedent.