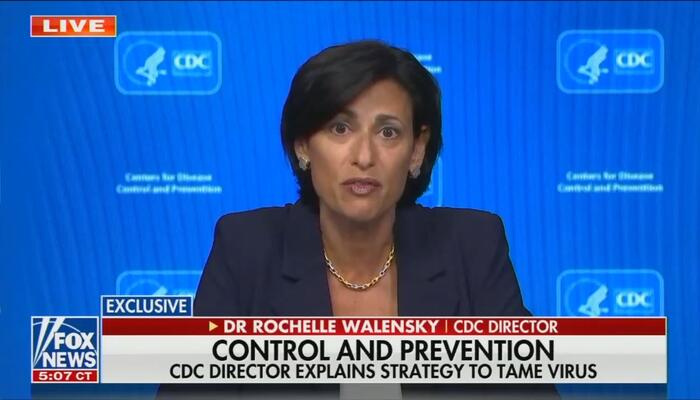 As best I recall, the sequence of statements coming from the government and “experts” since the beginning of COVID-19 has gone something like this: You don’t need to wear a mask and it’s no more serious than the flu; you do need to wear a mask, though the virus is so small it can penetrate all but the N95 brand, so you should wear two masks; a vaccine will protect you from catching the virus and, according to the Centers for Disease Control and Prevention, you won’t have to wear a mask if fully vaccinated; you must still wear a mask even if fully vaccinated because of the Delta variant; If you have been fully vaccinated it is unlikely you will catch the Delta variant, but wear a mask anyway just in case; kids may or may not return to school and if they do return, they may or may not be forced to wear masks, even though young children appear to be less affected by the virus.

Is that clear? I didn’t think so.

The CDC adds to the confusion each time it issues new statements. The latest came last week from CDC Director Rochelle Walensky who said, “everyone wear a mask in indoor public settings in areas of substantial and high transmission, regardless of vaccination status.”

That has raised the obvious question: Why get vaccinated if you must behave like those who have not been vaccinated?

Last Friday, Walensky appeared on Fox News’s “Special Report with Bret Baier.” She told him the federal government is “looking into” making vaccinations a requirement for all Americans. Walensky later “clarified” her remarks on Twitter, stating there would be no nationwide mandate. How can we be certain since the government and “experts” have put out conflicting statements from the beginning of the pandemic? The response is always that science is changing. Peculiar that the science is changing when it comes to COVID-19 but seems settled on climate change.

The latest “panic” and “fiasco,” as a Wall Street Journal editorial termed it, stems from a small outbreak in Massachusetts. According to the CDC, only 274 vaccinated people acquired an infection, with just five admitted to a hospital. No deaths were reported. That’s a far cry from the thousands of deaths per day and overflowing hospitals just a few months ago. Fewer deaths could suggest the virus, like the annual winter flu, appears to be headed toward something that is manageable, perhaps with annual vaccinations, as with the flu.

You wouldn’t know that from the Biden administration’s changing reactions.

If you have recently flown on a commercial airliner, you heard announcements from flight attendants — often repeated by the captain — of a list of new federal requirements, including mandatory mask wearing for the entire trip, except when “actively” eating or drinking, or putting on an oxygen mask. Emphasis is placed on the penalties, which include never being able to fly again, heavy fines, even prison. I lost count of the number of times the word “federal” was used. Prior to COVID-19, the only mention of “federal” related to tampering or destroying lavatory smoke detectors.

In a recent WSJ column, Holman W. Jenkins Jr. warned that the CDC has contributed to “the growing disrepute of the government agency we most rely on.” He noted even “The New York Times Sunday Magazine recently headlined its account: ‘Covid Proved the C.D.C. Is Broken.'”

When the credibility of the federal government declines like TV ratings for the Summer Olympics, we are in trouble. It would be helpful if the various agencies and the president could speak with one credible voice. If this latest panic should lead to another government shutdown, compliance is likely to be far less than the previous one. In fact, most individuals and businesses will likely ignore it.

Look for Cal Thomas’ latest book “America’s Expiration Date: The Fall of Empires and Superpowers and the Future of the United States” (HarperCollins/Zondervan).