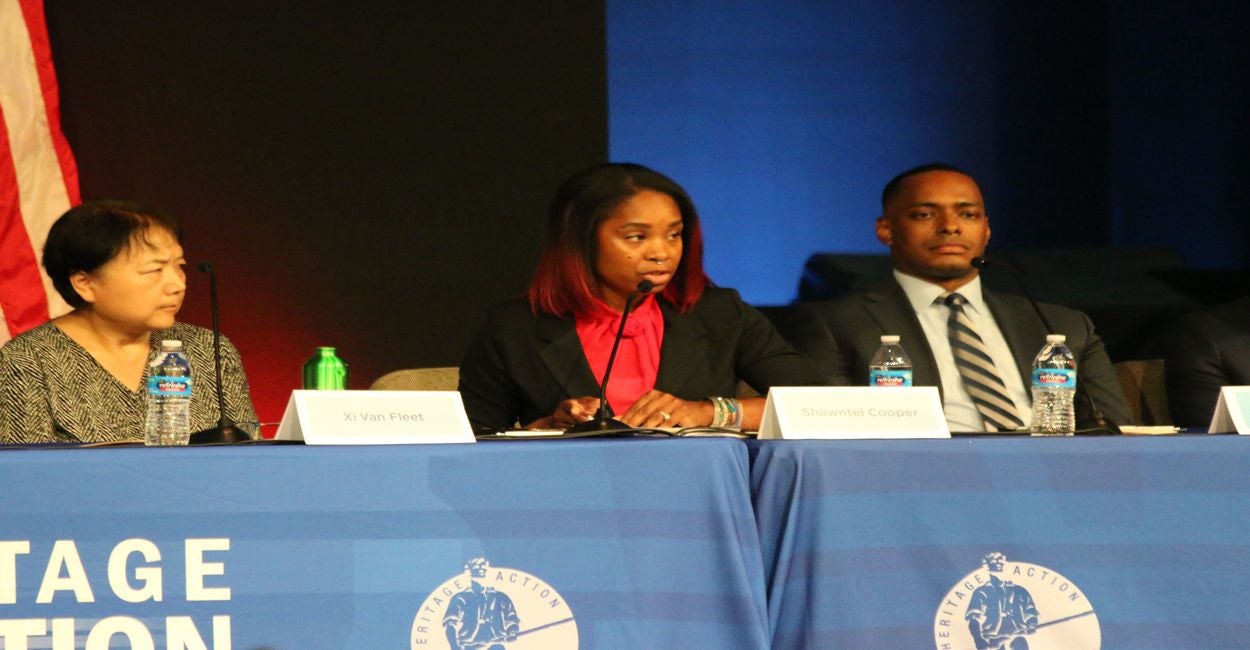 About 350 concerned residents crowded into a church in Georgetown, Delaware, on Thursday evening to hear from a panel of experts about critical race theory—one of whom likened its spread throughout American culture to Mao Zedong’s communist Cultural Revolution in China.

Critical race theory has become a flashpoint as parents discover that their children’s teachers are indoctrinating them with the divisive and racist ideology at the behest of teachers unions.

“The goal of critical race theory was making the issue of race and ethnicity the primary driver for public policy and social change,” Jonathan Butcher, an education fellow at The Heritage Foundation, said at the event in Delaware. “The essence of the idea is that everything must be considered in terms of race.”

Heritage defines critical race theory as a philosophy that “makes race the prism through which its proponents analyze all aspects of American life, categorizing individuals into groups of oppressors and victims.”

From there, the theory evolved and expanded until it was brought from Germany to America, where the Marxist underpinnings of critical theory were forced to adapt. The idea of class-based struggle was replaced by race-based struggle in the 1980s. Thus, critical race theory was born.

Van Fleet, a mother and Chinese immigrant who grew up in Mao’s communist China during its Cultural Revolution, discussed her experiences suffering through a communist revolution.

She pointed to warning signs now appearing in America.

She drew comparisons between her youth in an increasingly communist China and the modern push in the U.S. for critical race theory in academia, Hollywood, government, and the military.

Van Fleet cited the parallels of Mao’s use of class-conflict theory, an offshoot of critical theory, to divide people into oppressors and the oppressed.

She drew applause when she asserted this truth about communism: “What the state can give you for free, they can also take back.”

But the speaker who drew the most visceral reaction from the audience was Shawntel Cooper, a black mother from Loudoun County, Virginia. Cooper is a member of Fight for Schools, an organization dedicated to exposing bad actors in the Loudoun school system, which is just outside the nation’s capital, and to mobilizing parents to improve education for their children.

Cooper came to the public’s attention in May by attacking critical race theory at a Loudoun County School Board meeting. The video of her remarks went viral.

Cooper described her experiences growing up to show how critical race theory is a racist and evil ideology. She was raised by a single mother who encouraged her never to be a victim. The Section 8 housing project where she grew up had an array of racial and ethnic groups, and she made friends and played with them, without regard to their color.

Cooper said she took all that to heart.

“Because of my past, I didn’t become a victim. I prayed all the time. I wasn’t perfect, but God never left me … through my faith I had strength, and my strength allowed me to become a victor, not a victim,” Cooper said.

She also described the extent of the indoctrination occurring in the Loudoun County school district.

“Teachers were trained on critical race theory. One of the direct quotes from the training materials said, ‘Teachers have a special role to teach academics; inculcate morals. The teacher is the second mother. The parent’s role is to socialize children and respect teachers’ authority,’” Cooper said, eliciting gasps from the audience.

The panel concluded with a brief question-and-answer session, during which panelists offered advice and help on a wide range of issues related to critical race theory and how to spot signs of it in schools.

WATCH: Tucker Carlson Hilariously Lampoons ‘Tiny Hothouse’ CNN Suspending Fredo
Democrats Keep Failing at Governing, so Why Do People Vote for Them?
Can the Supreme Court Keep a Secret If Roe Is Going Down?
Parents of Alleged Michigan School Shooter Charged with Involuntary Manslaughter
Check Out Our Dobbs Oral Arguments Liveblog