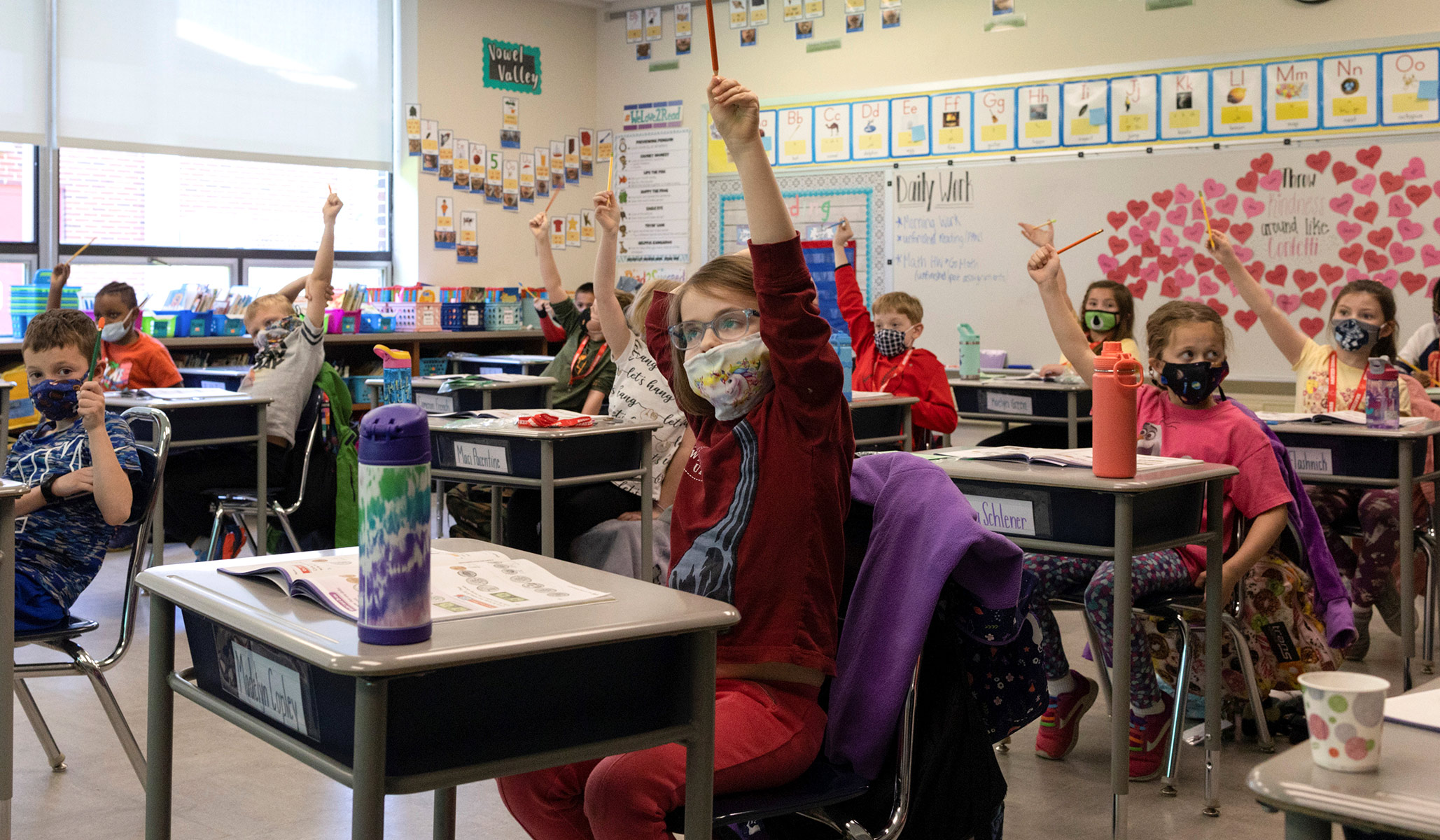 Less than an hour after the CDC released its guidelines, my local school district sent out a letter preparing parents for the probability that school — even school for very young children — would be conducted with the same requirement of cloth masks as last year. One wonders if the plexiglass will come back, too!

Because children are not efficient transmitters of COVID, transmission in schools that were open last year tended to remain at a level one-third of that of the surrounding community. Nothing has changed the consistent assessment of epidemiologists that COVID-19 is less of a mortal peril for children than influenza, a disease for which we do not install “pods” around children. Children don’t get “long COVID.”

Everyone with the slightest acquaintance with the history of pandemics knows that there is always an overwhelming urge to scapegoat during them. Pandemics aren’t “fair.”  And someone is to blame. New York’s mayor Bill De Blasio seemed to single out Orthodox Jews for special opprobrium.

But the news of the recent APA and CDC recommendations was greeted by a weird shrug in many quarters. We wouldn’t have to do this if everyone got vaccinated. Or, if people were focused on ending vaccine disinformation, this wouldn’t have to happen. Somehow, our sins caused this.

Because there is no logical connection between these things, there is also no sense in which masking kids can be seen as a “sacrifice” made by parents because of the irresponsibility of others.

Forcing a medically dubious intervention on children cannot be “deserved” either individually — to get at the minority of irresponsible parents — or corporately, as a form of revenge on a nation that . . . has a really high rate of vaccination compared with peer nations. Unlike a sacrifice, it has no redemptive value; this intervention is just something that makes young kids feel unsafer at schools (and in the world) than they really are and which is unhygienic for the very young. This was not a decision forced on our public-health authorities by a badly behaved public. It was a needless and unjustified decision — taken in the face of what we know, and what we can reasonably speculate, having seen this wave peak and begin to fall in the United Kingdom.

Amazon is lobbying the US government to legalise cannabis
Britney Spears conservatorship: Ex-prosecutor predicts timeline for when Jamie Spears may be removed
SpaceX’s private Inspiration4 mission splashes down safely in Atlantic Ocean
Tech Industry Groups Sue Texas Over Anti-Censorship Social Media Law
Megadeth Rocker Tells Audience ‘We Have The Power To Push Back Against Tyranny’ (VIDEO)