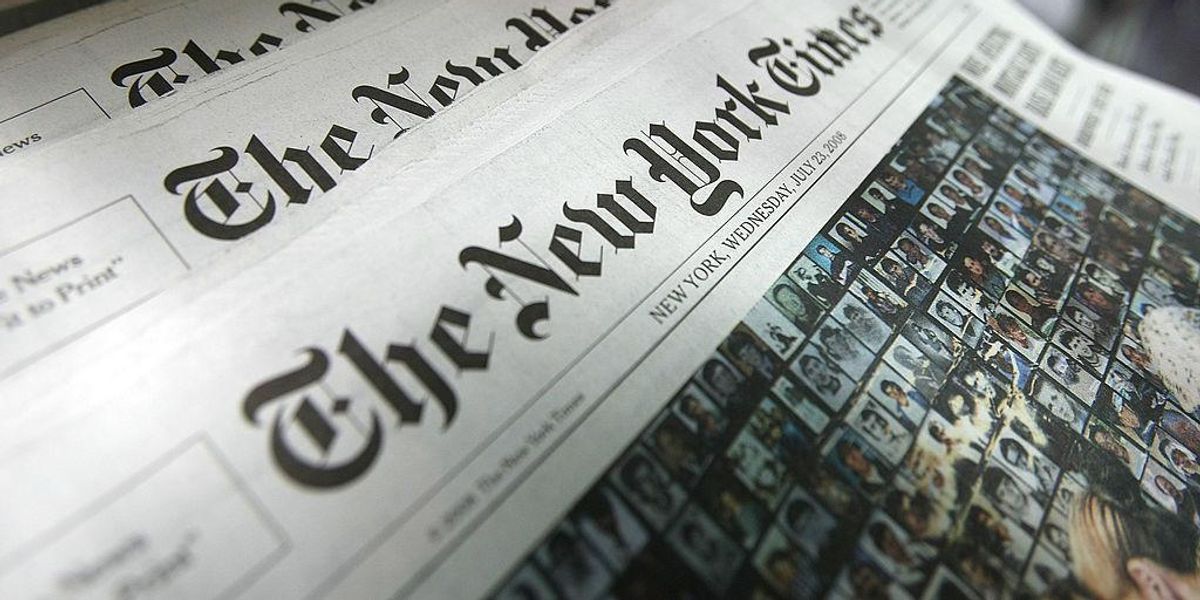 Without further clarification, Benner wrote on Tuesday evening that she had “deleted unclearly worded tweets regarding the Jan 6. committee hearing.”

I deleted unclearly worded tweets regarding the Jan 6. committee hearing.

Benner continued: “As Americans, we believe that state power should not be used to work against a political figure or a political party. But what happens if a politician seems to threaten the state? If the politician continues to do so out of office and his entire party supports that threat?”

“This dilemma was unresolved by the Russia probe and 2 impeachments. With many Republicans denying the reality of the Jan. 6 attack, I doubt the #January6thCommittee will resolve it either. That leaves it up to voters, making even more essential free, fair access to the polls,” the New York Times reporter wrote.

Glenn Greenwald commented on Benner’s remarks: “Absolutely amazing: the New York Times’ Justice Department reporter says the US faces an “essential natsec dilemma”: namely, that Trump supporters are “enemies of the state” and all of the GOP is a threat to the State. This is a reporter — not an op-ed writer — saying this,” he tweeted.

Co-founder of The Federalist Sean Davis tweeted: “Here we have an NYT reporter, channeling the views of the corrupt FBI and DOJ officials who leak to her, straight-up saying that your political opposition to the ruling regime makes you an enemy of the state by definition.”

Here we have an NYT reporter, channeling the views of the corrupt FBI and DOJ officials who leak to her, straight-u… https://t.co/EStUUeaUxP

Congress Needs to Know, but Won’t Find Out, What Happened with Capitol Security on January 6
The Word ‘Women’ Is Evidently Too Controversial for the Lancet
Joe Biden ‘personally trying to move things along’ in Harry Dunn case, says PM
Haunted house actor accidentally stabs 11-year-old with a real knife, but the boy finished the tour after receiving first aid
Bill Maher Show: Republicans Are ‘All Crazed,’ McConnell an ‘A-Hole,’ Democrats Are Too Weak