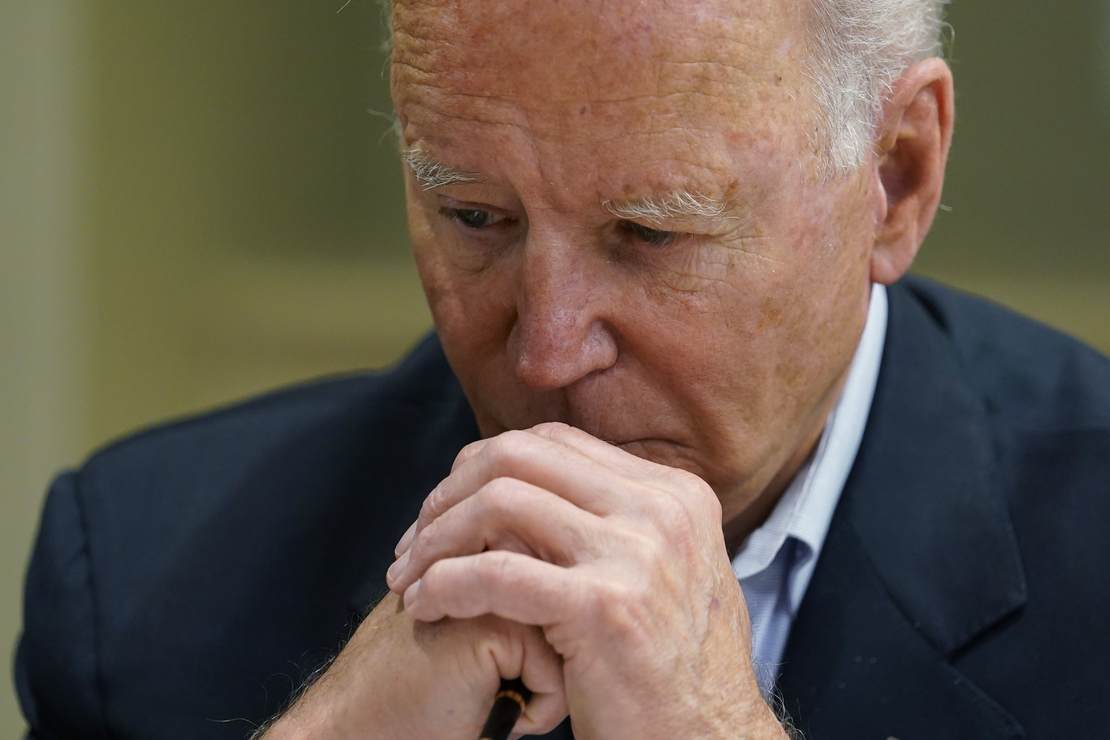 Things continue to look bad for Joe Biden, as most Americans now feel pessimistic about the country’s future.

According to a new ABC News/Ipsos poll, 55 percent of Americans say they are pessimistic about the direction of the country, a staggering drop of nearly twenty points from the same poll taken back in May.

“In the early May survey, Americans were more optimistic than pessimistic by a 28-percentage point margin,” reports ABC News. “Optimism is now under water by 10 points. Looking ahead to the next 12 months, fewer than half — 45% — now report feeling optimistic about the way things are going, a significant drop from about two-thirds [64%] in the May poll.”

The decline in optimism crosses partisan lines. “Optimism is down about 20 points among Democrats and Republicans and down 26 points among independents. Among Democrats, about 7 in 10 [71%] now say they are optimistic about the direction of the country over the next 12 months.”

Biden’s handling of the pandemic, plagued by missed vaccination goals and the disastrous Johnson & Johnson vaccine pause, has also seen a significant drop in approval.

Despite higher prices of gas and goods and the abundance of jobs waiting to be filled, a shocking 88 percent of Democrats approve of the way Biden had handled the economic recovery, but fewer than half of independents (49 percent) and a mere 16 percent of Republicans approve.

Biden’s poor approval on these issues leads to some questions: What is the point of his presidency? Where’s the unity he promised? Where’s the prosperity he said he’d deliver? Where’s the recovery we should have had? Conventional wisdom (according to the media and the left) was that Trump had made a mess of the country and Biden (who’s been in government longer than most of us have been alive) was the guy to clean it up. Instead, all he’s done is prove that Trump was the competent swamp drainer. Biden is showing us that he doesn’t know the difference between his knee and his elbow. Biden, it should not be forgotten, was handed the most secure southern border in history and an economy that was opening up and well-positioned for a rapid recovery that Biden was certainly planning to take credit for. What did we get instead? A border crisis and an economy that is struggling to recover as experts predicted it could. All Biden had to do was sit back, drink his Metamucil, and let things continue as they were going. Heck, he even inherited multiple COVID-19 vaccines and a distribution plan and somehow managed to screw that up, too.

And Americans on both sides of the aisle can see it. According to the most recent Gallup poll, Biden’s approval rating has taken a sharp decline. After hovering between 54 and 57 percent for months, his approval is now at 50 percent—largely due to a decline in approval from Democrats and independents, though 90 percent of Democrats claim they approve of the job he’s doing.

Despite his fantasies of being a consequential politician and a pioneer of leftist causes, Joe Biden has proven himself to be a useless politician with a talent for creating problems, not fixing them.

But hey, at least there are no more mean tweets, right?

Confirmed: Wuhan Scientists Planned to Release Coronaviruses Into Bat Caves 18 Months Before Pandemic
Post-mortem to take place on body found in search for Gabby Petito – with fiance still missing
Vaccines by Eating Greens? Greens Will Never Let It Happen
Who was “Black Harry” Hoosier?
Progressives Discover Fiscal Restraint . . . When It Comes to Israel