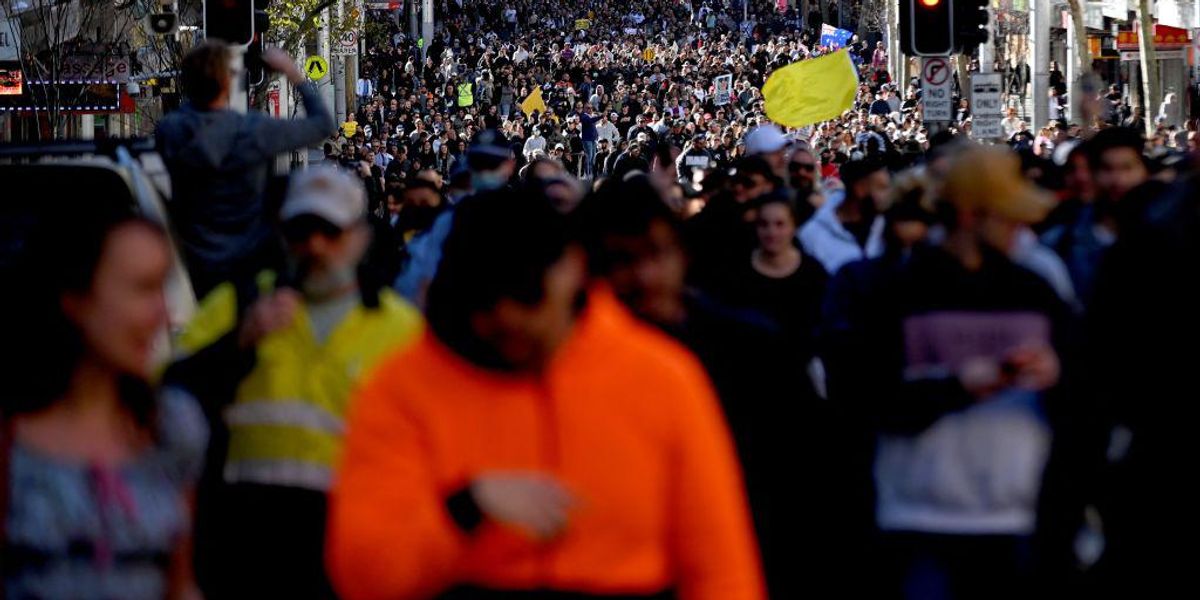 Protests against vaccine passports erupted across the planet, stretching from London to Sydney. Hundreds of thousands of people rallied against government plans to institute vaccine passes that will grant access to many places to those who are vaccinated.

The vaccine passport is being considered by legislators in France’s Senate, and would require French citizens to have a special vaccine pass to enter restaurants. The proposed bill would also mandate COVID-19 vaccination for all health care workers.

In Paris, tensions flared to the point that the police fired water cannons and tear gas at the crowd, and numerous arrests were made.

The protest in Paris, France against the Macron government domestic vaccine pass is massive. https://t.co/K20R1GMRCN

Meanwhile the French continue to tussle with the police in Paris over the #PasseSanitaire #NonAuPassDeLaHonte… https://t.co/yEXlUn2WP3

Thousands participated in large protests in London, where anti-vaccine passport demonstrators got into physical altercations with law enforcement.

Thousands protested coronavirus vaccine certificates in Milan, Italy. As of Aug. 6, Italy will require a “Green Pass,” a proof of COVID vaccination which will be required to “enter cinemas, museums, indoor swimming pools or sports stadiums, or eat indoors at restaurants.”

An estimated 3,500 people participated in protests in Sydney, Australia. The crowd demanded the termination of the city’s lockdown, which is entering its fifth week and only permits residents with a reasonable excuse to leave home. The crowd chanted, “You serve us!” There were violent clashes between protesters and law enforcement, and several police officers were assaulted. There were 57 people arrested.

People are saying Enough is Enough in #Sydney.
Let your voices be heard. We’ re all fed up with governments protec… https://t.co/DbAY2HyFeb

Australians are angry at the unscientific lockdowns. The police are in full force to prevent them from demonstratin… https://t.co/cUQ6g7q4oO

Such ugly scenes. This is all just so bad https://t.co/BBs8O80Gub