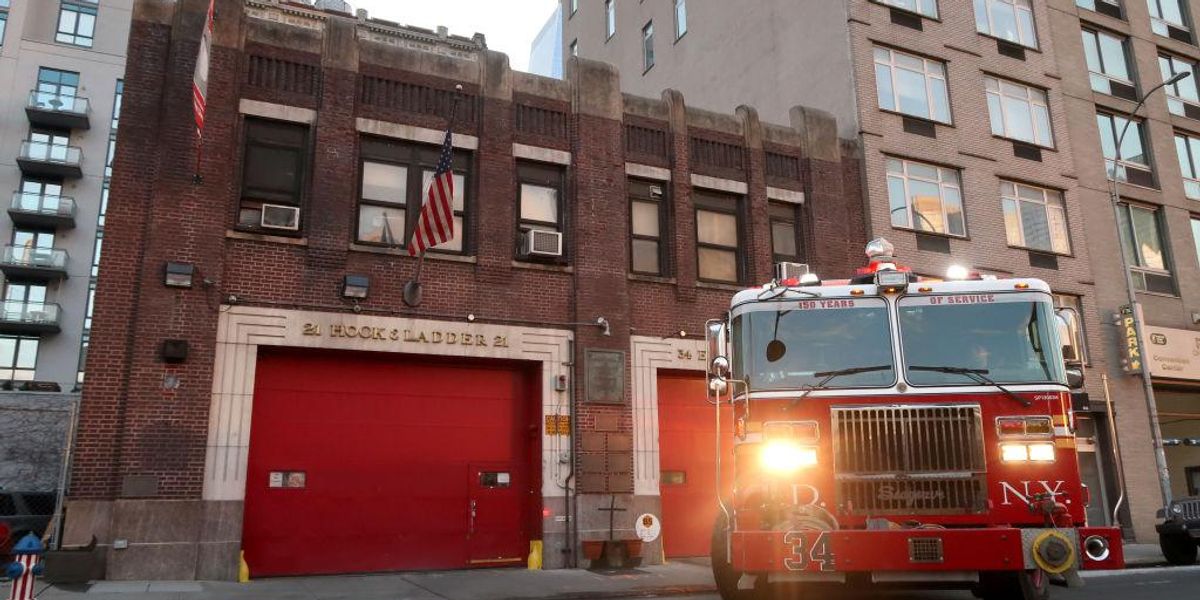 An alarming video shows a mob of teens savagely attack an off-duty New York City firefighter while he was walking his dog in a park in Queens.

A 44-year-old off-duty New York City firefighter was walking his 3-year-old Labradoodle named “Dylan” at Juniper Valley Park in Middle Village around 9:55 on Friday, according to the New York Post. The man, who wished to remain nameless, reportedly asked a group of “at least 100” teens to stop launching illegal fireworks at the park and to stop jumping the fence of a daycare center across from the park.

“One kid took his shirt off and said, ‘It’s Fight Night!’ He said he was 19 and said, ‘I could fight you.’ Everyone took their cell phones out. There were cell phones everywhere,” the man told the Post. “They all came at me…A kid came up behind me and hit me in the back of the head with a bottle and I let go of the dog.”

The group of violent youngsters surrounded the man and attacked him as a pack. The man was forced to release the dog leash to defend himself, leaving the Labradoodle on edge.

“They didn’t care at all. The kids were going crazy. They were as high as a kite,” the victim said. “I got hit, turned around, that’s when the kids started coming at me.”

Once the young thugs knocked the man to the ground, more vicious teens ran up to punch and kick the defenseless man.

The anonymous man added, “Then I was on the floor, holding one kid and an ambulance pulled up. They were waiting by the park … If they weren’t there I would have been in much worse condition.”

The man, who is a father of three, declined to be taken to the hospital and said, “I’m a little lumped up. What are you going to do? Thank God I’m still here. It could have been worse.”

NYPD confirmed the brutal attack at the park, and said the victim was struck in the head with a glass bottle. Police said no arrests had been made in connection with the assault.

A concerned citizen rescued the dog from the mob of kids.

The victim said the situation has gotten progressively worse at the park. He noted that kids had their bicycles stolen, an older man was beaten up, and he found three knives.