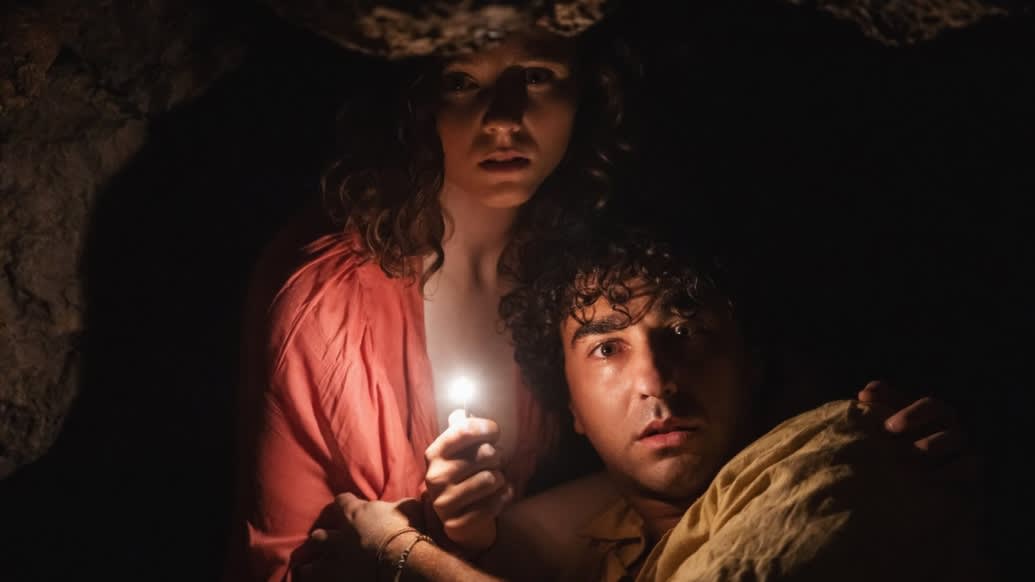 M. Night Shyamalan’s latest film “Old” has no shortage of intrigue and suspense, but fails to live up to the director’s previous work, critics say.

His latest thriller follows a family of four, Guy (Gael Garcia Bernal), Prisca (Vicky Krieps) and their children, Maddox, 11, and Trent, 6, during a tropical vacation. The family venture to a secluded beach at the suggestion of the resorts’ manager, but quickly realize the idyllic spot is somehow causing them to age rapidly.

The beach is also visited by a rapper, Mid-Size Sedan, surgeon Charles and his family of wife Chrystal, young daughter Kara and mother Agnes, as well as a married couple, Jarin and Patricia. Adding to the terror is the fact that the group experiences intense blackout-inducing headaches if they try to leave the area.

Critics agreed that “Old” is not Shyamalan’s best work, but far from his worst. The director has become famous for his shock plot twists and surprise endings which range from genius (“The Sixth Sense”) to asinine (“The Happening.”) “Old” seems to fall somewhere in between.

The Universal film currently holds a 55% “Rotten” score on Rotten Tomatoes from 153 reviews. Here’s what critics thought of Shyamalan’s “Old” ahead of its Friday debut.

The premise of “Old” is enticing, wrote Peter Travers in his review of the film for ABC News. The problem is that once it hooks you, it has trouble holding your attention for the span of its run time.

“Shot with a poet’s eye and a tin ear for dialogue, this suspense thriller sets up a provocation that Shyamalan lacks the ability to develop much less sustain,” Travers said.

“Old” is based on a graphic novel called “Sandcastle,” which follows a similar premise, but leaves the mystery of the supernatural beach open-ended. Shyamalan, in adapting the material, added his own explanation for the strange occurrences.

Some critics felt the reveal (which will not be spoiled here) was a harmless addition to the fable, while others, like Travers, felt the concept was “lame” and detracted from the film.

“You leave ‘Old’ wondering how a brilliant premise could end with such a botch job,” Travers wrote.

Critics like IGN’s Robert Daniels were quick to point out how beautifully shot “Old” is. Daniels praised cinematographer Mike Gioluakis for his creativity in capturing the horror on screen. He noted that the aging effects and make-up were also well-achieved by the special effects team.

However, stiff conversations and heavy-handed exposition in the character’s dialogue left much to be desired, he wrote.

“‘Old’ works best when it focuses on the horror of young people experiencing the ravages of age long before their time,” Daniels wrote in his review. “Strong performances from the entire cast manage to cover up what is quite possibly the worst and least rhythmically believable dialogue of M. Night Shyamalan’s career, excluding his dismal live-action ‘Avatar: The Last Airbender.'”

Much of the “ham-fisted” explanations were better left as mysteries, he wrote.

“Nevertheless, ‘Old’ is just as profound as any thriller Shyamalan has done,” Daniels said. “It’s a film that probably won’t merit repeated viewings, but that first one is a thought-provoking meditation on what it means to be alive that brings up dark, buried feelings like the water that kisses the sand.”

Read the full review from IGN.

Dialogue wasn’t the only flaw critics noted in reviews of “Old.” Todd Gilchrist of The Wrap said the film’s characters “feel like they’ve been engineered by some kind of algorithm in a screenwriting program.”

“Among the ensemble stranded on the beach, there’s a museum curator, an actuary, a thoracic surgeon, a nurse, and a psychologist; each of them might as well have been named for their profession, because Shyamalan not only assembles them with mechanical precision but also filters every situation in the story through the expertise they afford, guaranteeing a comical spurt of exposition at every turn to assess how or why circumstances have changed,” he wrote in his review of the film.

The actuary does a lot of tedious number-crunching, the psychologists encourages others to talk about their feelings and characters react to situations in strange, unrealistic ways, he said. Many critics said that if these characters been more fleshed out, audiences may have been more emotionally invested in their life-or-death plight.

“As is increasingly the case in his films, Shyamalan is too preoccupied by the machinery of his ideas to give them a sniff test before unleashing them on characters that we should, or could, care about, if only they made choices that were remotely identifiable,” Gilchrist said.

Read the full review from The Wrap.

Like many critics, Detroit News’ Adam Graham notes that “Old” is one of Shyamalan’s better films, but falls short of previous successes like “The Sixth Sense” and “Signs.”

“The problem is, well, Shyamalan, who over-exerts himself with showy camera work and mucks up the atmosphere he creates with his clunky writing,” he wrote in his review. “Every time you’re in, he pulls you back out.”

Graham, too, found the ending underwhelming, saying “it’s tough to deliver a doozy when the audience is trained to know one is coming down the pike.”

Disclosure: Comcast is the parent company CNBC and NBCUniversal. NBCUniversal owns Rotten Tomatoes and is the distributor of “Old.”