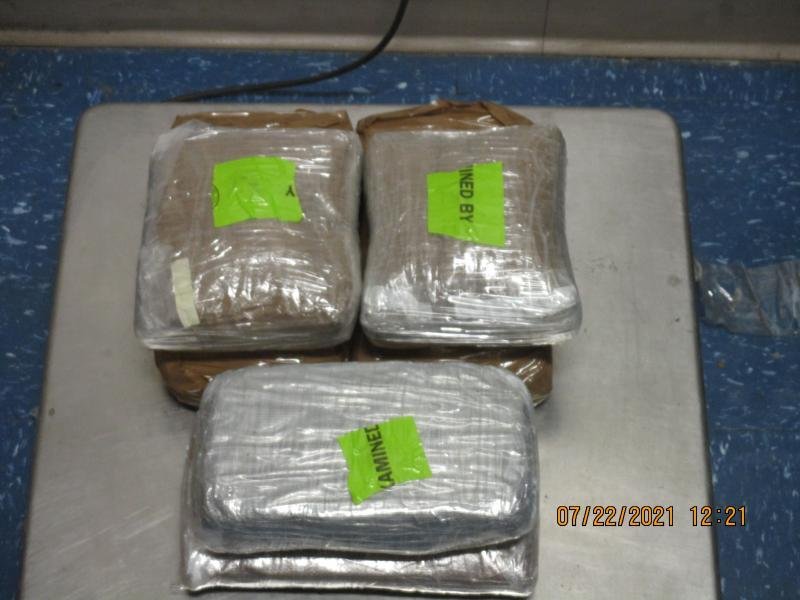 EL PASO, TEXAS – U.S. Customs and Border Protection officers working at the Bridge of the Americas port of entry in El Paso seized 14.4 pounds of heroin and 104 pounds of liquid methamphetamine July 22. One person was arrested in the case.

“This is a sizeable drug load and a significant intercept,” said CBP El Paso Director of Field Operations Hector Mancha. “Our officers remain vigilant and continue to work hard to stop those who intend to introduce dangerous narcotics to our community.”

The seizure was made just before 10 a.m. when a 2003 Dodge Caravan being driven by a 21-year-old U.S. citizen male entered the port from Mexico. CBP officers selected the vehicle for a secondary inspection during which a CBP drug sniffing dog alerted to the van. CBP officers scanned the vehicle with the Z-portal x-ray system and noted anomalies in the quarter panels.

CBP officers discovered six heroin-filled bundles hidden in the quarter panels. Two cases of water bottles were also found in the rear cargo section of the van. The contents of the bottles tested positive for liquid methamphetamine.

CBP officers arrested the man and turned him over Homeland Security Investigations (HSI) special agents to face charges in connection with the failed smuggling attempt.