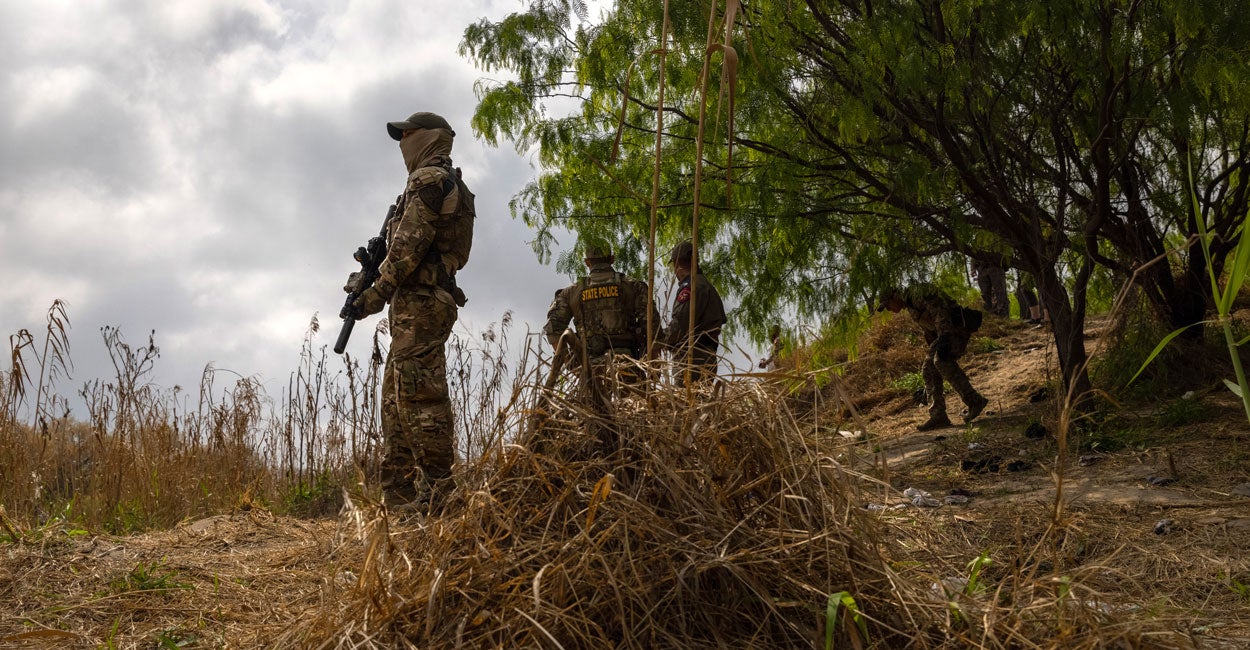 The first three migrants were transferred from the Val Verde County Jail near Del Rio, Texas, to the Dolph Briscoe Unit in Dilley as part of Operation Lone Star, according to a statement provided to The Daily Caller News Foundation.

“The crisis at our southern border continues to escalate because of Biden Administration policies that refuse to secure the border and invite illegal immigration,” Abbott said in a statement.

“Texas supports legal immigration but will not be an accomplice to the open border policies that cause, rather than prevent, a humanitarian crisis in our state and endanger the lives of Texans,” Abbott added. “We will surge the resources and law enforcement personnel needed to confront this crisis.”

#BREAKING As of yesterday, Texas began transferring arrested immigrants into a state prison, per Abbott’s order.

This is TDCJ statement on it: pic.twitter.com/UJxOeT49Dk

Several state organizations—including the Texas Department of Criminal Justice, the Texas Commission on Jail Standards, and the Texas Commission on Law Enforcement—have worked to establish alternative detention capacity at the Briscoe County Jail to move criminal illegal migrants from other counties, according to the department. Housing areas have been cooled, staff received licensed jailer training, and the facility has increased medical and correctional staff.

“Providing public safety is part of the core mission of the [Texas Department of Criminal Justice],” Executive Director Bryan Collier said in a statement. “The agency will continue to work with stakeholders and state leadership to assist counties as they deal with this significant challenge.”

Conservatives Push Back on FEC’s Twitter Ruling
“We Will Not Comply!” – Thousands March Against Covid Vaccine Mandates in NYC (VIDEO)
China’s ‘Revolution’ is Profound but Not Unprecedented
White College Professor Tells Students She Will ‘Confront the Innate Racism Within’ Herself
The O’Brien Factor