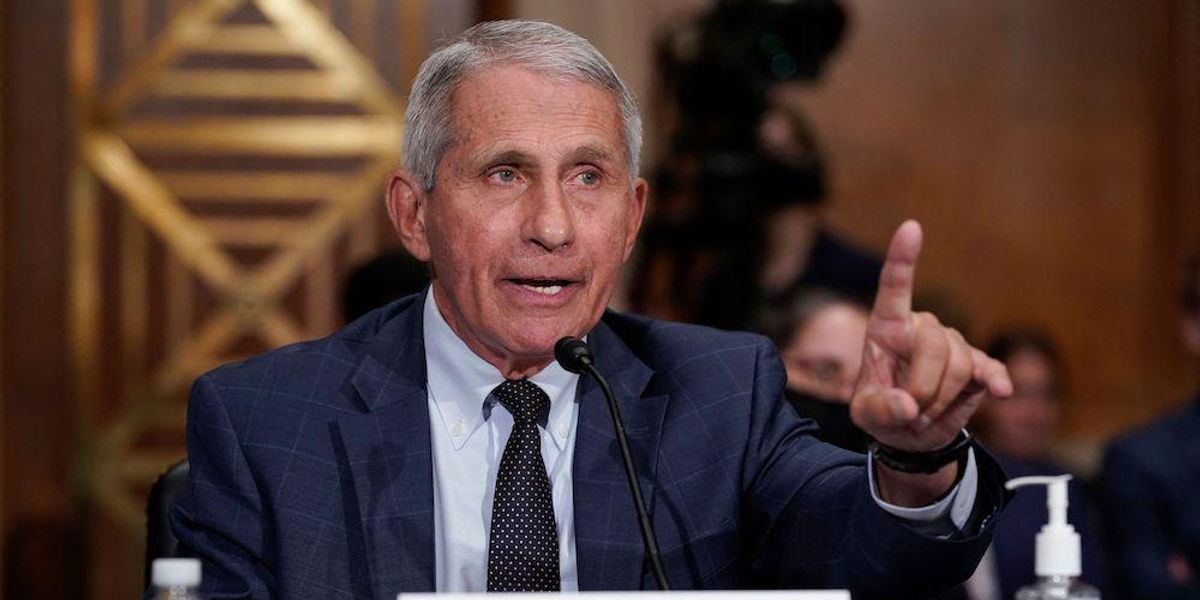 One of the biggest political headlines this week was the fiery clash between Sen. Rand Paul (R-Ky.) and Dr. Anthony Fauci during a Senate Health Committee hearing Tuesday.

Now Fauci is claiming that the lawmaker’s “inflammatory” comments slandered him.

The two men accused each other of “lying” during a testy back-and-forth about the level of the National Institutes of Health’s role in funding gain-of-function research at China’s Wuhan Institute of Virology.

Paul went after Fauci over comments the Biden adviser made during a prior Senate hearing when he denied that the NIH paid for any of the controversial GOF research at the Wuhan lab, pointing out that “it is a crime to lie to Congress.”

“Viruses that in nature only infect animals were manipulated in the Wuhan lab to gain the function of infecting humans,” the senator added. “This research fits the definition of the research that the NIH said was subject to the pause in 2014-2017, a pause in funding on gain-of-function. But the NIH failed to recognize this.”

As the questioning went on, the volume and indignation grew.

Fauci told Sen. Paul that he “never lied before the Congress” and said he would “not retract that statement.”

Paul continued to push back on Fauci’s claims, which made the good doctor visibly upset.

The senator continued to apply pressure, saying, “It’s a dance, and you’re dancing around this because you’re trying to obscure responsibility for 4 million people dying around the world from a pandemic.”

Fauci replied, “I totally resent the lie that you are now propagating, senator.”

The two each continued to assert that the other was “obfuscating the truth” and lying.

Dr. Fauci went on MBNBC’s “The Beat” Wednesday evening to discuss the previous day’s imbroglio, and during the interview, he told host Ari Melber that Sen. Paul had slandered him.

“I don’t any take great pleasure, Ari, in clashing with the senator,” Fauci said. “I have a great deal of respect for the institution of the Senate of the United States.”

“But he was completely out of line,” the doctor continued. “He totally distorted reality. And he made some inflammatory and, I believe, slanderous remarks about lying under oath, which is completely nonsense.”

“I mean, and some of the things he says are so distorted and out of tune with reality, I had to call him on that,” he added. “I didn’t enjoy it, but I had to do that because he was completely out of line. Totally inappropriate.”

Fauci, however, never detailed what, exactly, was outrageous about Paul’s remarks. Instead of providing those details, Fauci has remained solely focused on complaining about his critics’ attacks.

“I don’t take any pleasure in clashing with a senator,” Dr. Fauci says after heated exchange with Sen. Paul, adding… https://t.co/yNiST7Gi9v