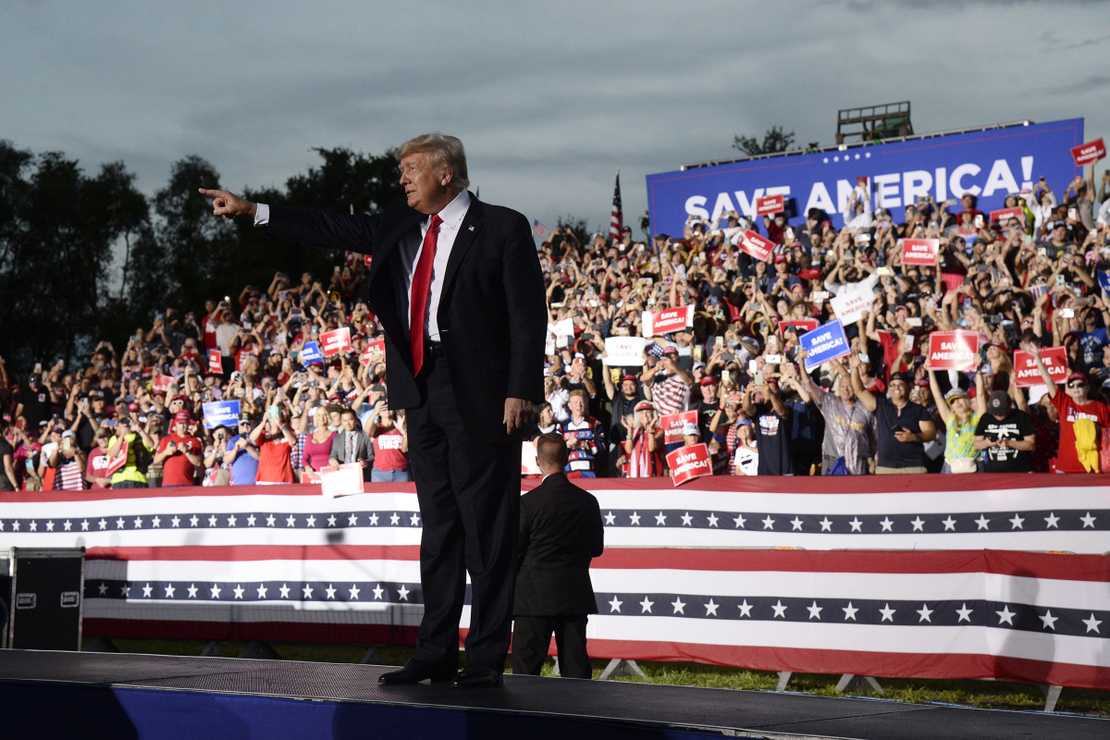 If anything good has come out of the 2020 election, it’s that a bipartisan majority of voters are siding with Trump and want more election integrity.

The 2020 presidential election was rife with accusations of election fraud and irregularities, and Americans on both sides of the aisle are clearly sick of people not trusting the election results.

Back in March, a Rasmussen survey found that a mere 26 percent of voters believe that “the right person was declared the winner in each of the last two presidential elections.”  It doesn’t matter who you voted for; you should believe that the election was conducted fairly. It would be great to believe that Joe Biden legitimately won battleground states like Pennsylvania, Arizona, Georgia, Wisconsin, and even Michigan. But, as I’ve said before, Democrats chose to act guilty rather than sincere. They ridicule anyone who disputed the results as a conspiracy theorist, and they censor anyone who dares to raise a doubt.

Yet, according to an April Rasmussen Reports survey, a majority of all voters, 51 percent, believe it is likely that cheating affected the outcome—35 percent say it’s very likely. Furthermore, the same survey found that voters are far more concerned with election integrity than making it easier to vote. “Asked which is more important, making it easier for everybody to vote, or making sure there is no cheating in elections, 60% of Likely Voters say it’s more important to prevent cheating, while 37% said it’s more important to make it easier to vote,” explained Rasmussen. “Only 22% of voters say it is currently too hard to vote, while 34% said it’s too easy to vote, and 41% say the level of difficulty in voting is about right.”

Donald Trump, for his part, is not giving up the fight for election reform. “Election Reform must happen in Swing States like Pennsylvania, Michigan, Georgia, Wisconsin, and Arizona where voters have lost confidence in their electoral process,” he said in a statement last week.

While support for the audits may fall on partisan lines, the desire for election reform clearly does not. Democrats have attacked various efforts to strengthen election laws. But, as co-chairman of the Republican National Committee Tommy Hicks recently wrote at our sister site Townhall, the Republican National Committee “is invested in a comprehensive nationwide effort to make it easier to vote and harder to cheat.”

“We’re fighting for election integrity because it’s absolutely vital to protect the sanctity of your ballot from Democrat schemes to undermine voting security,” Hicks said, noting that their investment is “partially driven by polling that consistently shows the American people supporting our common-sense approach to securing elections.”

What does the polling say? According to polling, a large majority of voters support having all mail-in ballots received by Election Day, oppose ballot harvesting, and support voter ID. Imagine the polar opposite of H.R. 1. It’s something like that.

But, this isn’t so black and white. As Rasmussen notes, “Arizona’s audit of 2020 election results has been widely criticized, but a majority of voters nationwide approve of the election integrity effort.” A majority of Democrats also support the fugitive Texas Democrat lawmakers who fled the state to prevent the passage of an election integrity bill.

Related: Next Time Someone Tells You Non-Citizens Don’t Vote in U.S. Elections, Tell Them About Christine Chernosky

Nevertheless, these numbers still show the fight to make it harder to cheat in elections is a winnable fight. We’re still living in MAGA Country when it comes to election reform. The voters want election integrity, and let’s hope the GOP delivers.

National Archives issues response to Trump’s claim that Obama took 30 million pages of documents from the White House
On Jim Acosta’s Show, ‘Legend’ Sam Donaldson Compares Trump to Al Capone
Salman Rushdie is on a ventilator and may lose eye after he was stabbed on stage, says agent
With 87,000 New Agents on Way, 4 Facts About IRS Gun Arsenal
Nets Ignore Former Dem Congressman Under Federal Indictment