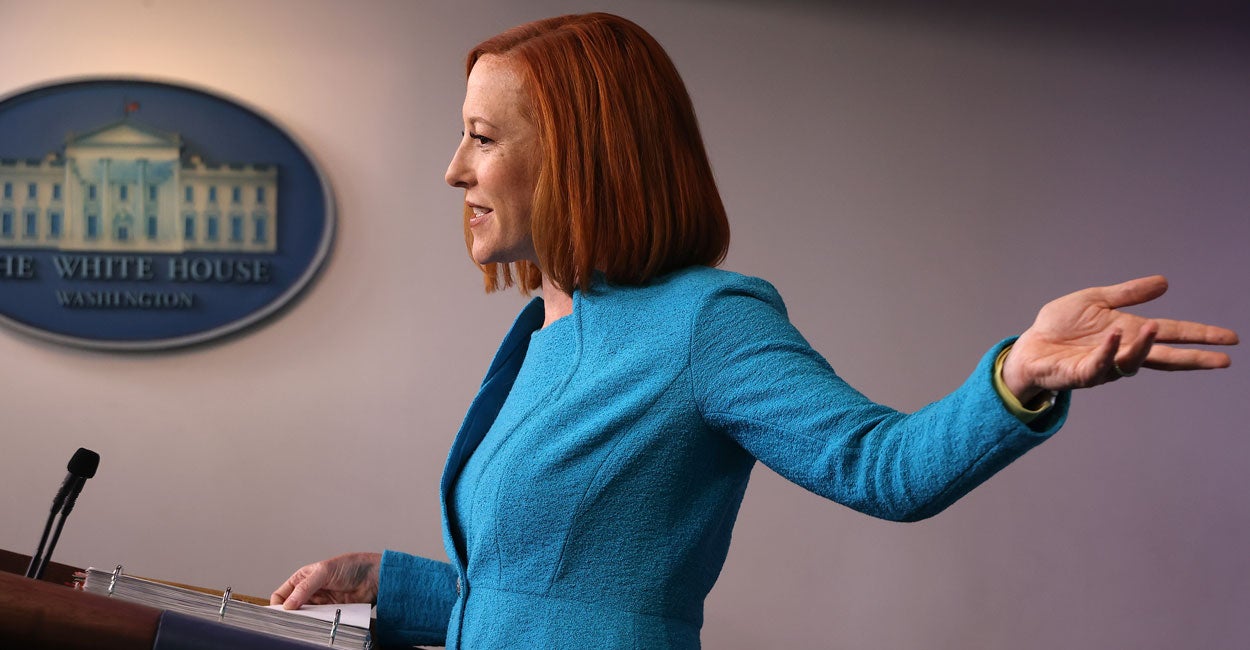 In what rightfully can be described as one of the most anti- free speech pronouncements ever made by the U.S. government, the Biden administration has come clean on its incestuous relationship with Big Tech.

The jaw-dropping news was first delivered July 15 by White House press secretary Jen Psaki when she said: “We are in regular touch with these social media platforms, and those engagements typically happen through members of our senior staff, but also members of our COVID-19 team.”

President Joe Biden’s press secretary then described the “proposed changes that we have made to social media platforms, including Facebook.”

The proposed changes include this downright Orwellian quip from Psaki:

It’s important to take faster action against harmful posts. As you all know, information travels quite quickly on social media platforms; sometimes it’s not accurate. And Facebook needs to move more quickly to remove harmful, violative posts—posts that will be within their policies for removal often remain up for days. That’s too long. The information spreads too quickly.

One day later, at her daily press briefing, Psaki doubled down on the administration’s pro-censorship position.

Then came this chilling statement: “You shouldn’t be banned from one platform and not others if you—for providing misinformation out there,” Psaki said.

So, the cat is officially out of the bag. The Biden administration is in cahoots with social media platforms to censor Americans’ freedom of speech.

Some say that social media platforms are private companies and so have the right to determine what is and isn’t allowed to be posted. This argument is less defensible by the day.

Social media companies, unlike every other media entity, are granted a liability shield courtesy of Section 230 of the 1996 Communications Decency Act. In a nutshell, the provision protects these companies from any consequences pertaining to what is posted by others on their platforms.

Because Twitter, Facebook, and other social media companies benefit greatly from this liability shield, they have an obligation to ensure that all Americans retain their right to post content, as long as said content is not “obscene, lewd, lascivious, filthy, excessively violent, harassing, or otherwise objectionable.”

Furthermore, according to the law: “It is the policy of the United States to preserve the vibrant and competitive free market that presently exists for the Internet and other interactive computer services, unfettered by Federal or State regulation.”

Doesn’t this mean that the federal government has no business colluding with Big Tech to engage in censorship?

The law also states: “It is the policy of the United States to encourage the development of technologies which maximize user control over what information is received by individuals, families, and schools who use the Internet and other interactive computer services.”

This is plain as day. Individual Americans, not the federal government, are supposed to be in charge of what information they choose to imbibe on social media platforms.

The Biden administration, however, has other ideas. The administration has taken upon itself to determine what is and isn’t allowed to be posted on Big Tech, under the guise of the COVID-19 pandemic.

For now, the Biden administration is clamping down on “misinformation” and “disinformation” pertaining to the federal government’s vaccine program.

In a few months, what would stop the administration from censoring pro-Second Amendment posts in light of the out-of-control “gun violence” plaguing the nation? Or removing posts about anything the administration deems counter to its policy priorities?

The fact that the Biden administration is working hand-in-hand with Big Tech to censor posts it considers contrary to public health not only is Orwellian, it is anti-American.

Every American, no matter what side of the political aisle he or she stands on, should be concerned when Big Government and Big Tech act in unison to suppress free speech.

A Supreme Court justice said it well nearly 100 years ago.

“If there be time to expose through discussion, the falsehoods and fallacies, to avert the evil by the processes of education,” Justice Louis Brandeis said in 1927, “the remedy to be applied is more speech, not enforced silence.”

‘What Did He Do Wrong?!’ Cuomo RAGES at GOPers Wanting Milley’s Ouster
PBS on 9/11 at 20: MAGA Is Much More Threatening to US Than ISIS
Man tragically dies in freak accident at McDonald’s drive-through
Conservatives Push Back on FEC’s Twitter Ruling
EPIC! Stadium Chants “WE LOVE TRUMP” at Triller Fight Club Event in Florida on 9-11 (VIDEO)