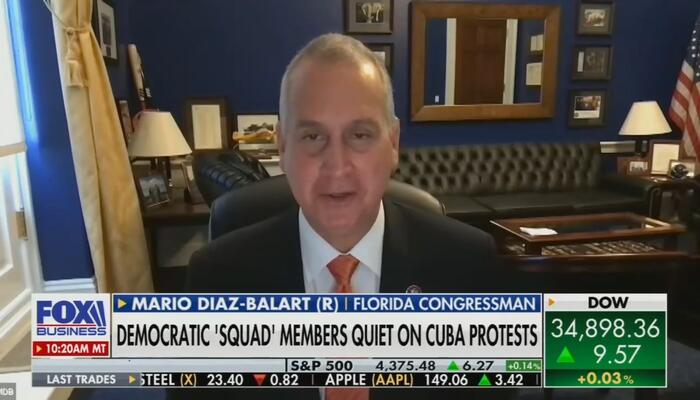 Congressman Mario Díaz-Balart’s fiery response to a condescending editorial from The Miami Herald was, published a month and a half after the editorial to which it responds, “It’s a shame Miami’s Republican lawmakers in Congress jumped on the conspiracy-theory train”, which posits that Hispanics listening to conservative AM radio are an “easily manipulated target audience”; and buried in the “Letters to the Editor” section of the print paper. As a public service, we publish Díaz-Balart’s response below:

The Miami Herald’s June 3 editorial, “It’s a shame Miami’s Republican lawmakers in Congress jumped on the conspiracy-theory train” makes condescending and discriminatory comments about Hispanics in South Florida, calling them an “easily manipulated target audience,” simply for disagreeing with the Herald’s political ideology.

The editorial also accuses me of spreading “false information about the election results” for expressing my opinion that the presidential election in Pennsylvania included unconstitutional aspects. In fact, numerous constitutional scholars concur that my statements were accurate. The Herald’s attacks against me, as an elected official, are to be expected, but attacks on the Hispanic community because the Herald disagrees with how they vote, is unacceptable.

Regarding the election, I maintain that actions in Pennsylvania were in clear violation of the United States Constitution, and several constitutional scholars agree.

Constitutional provisions in Article 1 and Article 2 are clear that only state legislatures (and not governors, secretaries of state, state courts or any other state institution or officials) have the sole authority to regulate federal elections. Yet, in Pennsylvania, the secretary of State and the state’s judiciary changed election regulations in the days leading up to the election. For example, the state Supreme Court extended the election date, removed the Green Party’s presidential candidate from the ballot, permitted drop boxes and decided that ballots could not be discarded if the signature on the ballot did not match the signature in the registration database.

These were significant changes to election regulations that were not determined by Pennsylvania’s legislature. In fact, eight of my colleagues from Pennsylvania agreed and voted to reject their own state’s electors.

The constitution is clear on the role of state legislatures, and there is plenty of legal scholarship defining what is known as the “Independent State Legislature Doctrine.” This doctrine received support from U.S. Supreme Court justices Neil Gorsuch, Samuel Alito and Clarence Thomas in Republican Party of Pennsylvania v. Boockvar; from legal scholars such as Walter Clark, James C. Kirby, Derek T. Muller; and from my colleague and constitutional lawyer, Rep. Mike Johnson.

I did extensive research on the constitutional questions and the authority provided to me in the Electoral Count Act of 1887. I respect those, including some of my friends and respected colleagues, who came to a different conclusion. However, I categorically reject the Herald’s insulting view that if I disagree with its assessment of the “truth,” then I must be lying.

The Miami Herald’s editorial is just one more example of why the press needs to take an honest, hard look at itself before impugning the motives of others and questioning the intelligence of millions of American voters.