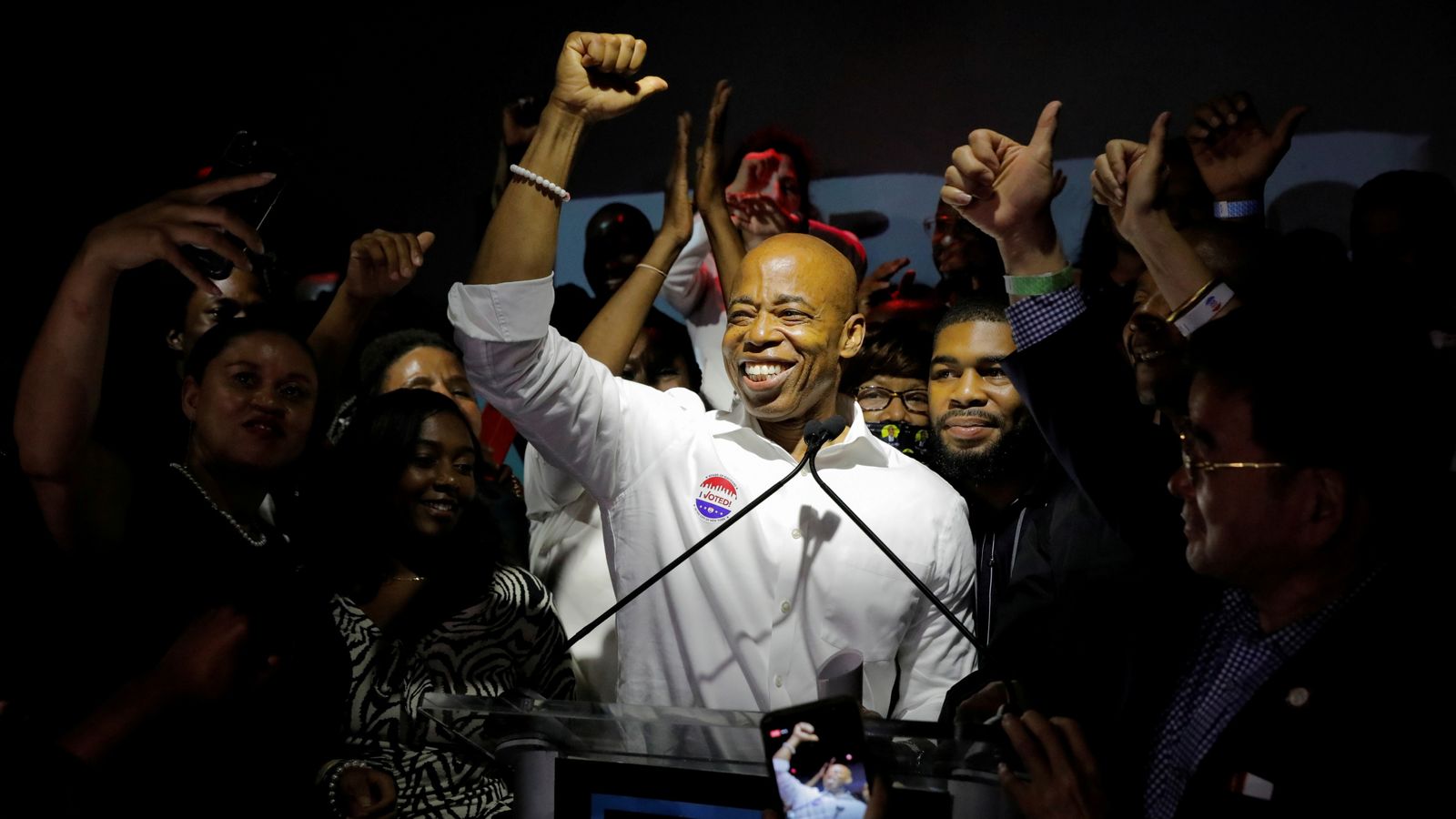 The race to become the next mayor of New York City has been plunged into chaos after election officials admitted they had wrongly counted test votes.

The Democratic primary contest to choose the party’s candidate for November’s election was held a week ago.

But fresh data released by the city’s Board of Elections on Tuesday has sown confusion over the state of the contest, for which final results are not expected until mid-July.

The problems have shaken faith in a ranked-choice voting system being used for the first time.

A preliminary lead for Eric Adams, the Brooklyn borough president, was shown to have shrunk on Tuesday after the Board of Elections updated vote totals.

However, the totals were later abruptly removed from their website after problems were found with the board’s software.

In a post on Twitter the board acknowledged they had become aware of a “discrepancy” in their latest report.

A few hours later, the board then released a statement admitting the latest totals included “both test and election night results, producing approximately 135,000 additional records”.

“The board apologises for the error and has taken immediate measures to ensure the most accurate up to date results are reported,” the statement added.

The ranked-choice system operates as a series of instant runoffs.

The candidate in last place is eliminated, and his or her votes are redistributed to voters’ second choice.

The process repeats until there are only two candidates remaining, and the one with a majority is declared the winner.

We are aware there is a discrepancy in the unofficial RCV round by round elimination report. We are working with our RCV technical staff to identify where the discrepancy occurred. We ask the public, elected officials and candidates to have patience.

Preliminary results showed Mr Adams with a 10-point lead in the vote, which then appeared to shrink to two points on Tuesday when the erroneous updated totals were posted.

Kathryn Garcia, the city’s former sanitation chief, was shown to have moved up to a close second.

And Maya Wiley, a civil rights lawyer, had appeared to fall from second to third.

Whoever emerges as the winner of the Democratic primary will be a heavy favourite in November’s election in a city where Democrats outnumber Republicans six to one.

Most US elections are “winner takes all” but some major cities – such as New York – have gone to ranked-choice voting, which supporters argue is more democratic.

Watch Live: Trump Rally – Florence, AZ – 1/15/22
Pennsylvania Official Appears To Admit Election Laws Were Broken In 2020 (VIDEO)
GOP Rep. John Katko, one of the House Republicans who voted to impeach Trump last year, announces that he will not seek another term in Congress
Omicron surge shows signs of easing in states hit early by the fast-spreading variant
Leftists Call For Boycott Of Joe Rogan And Jordan Peterson