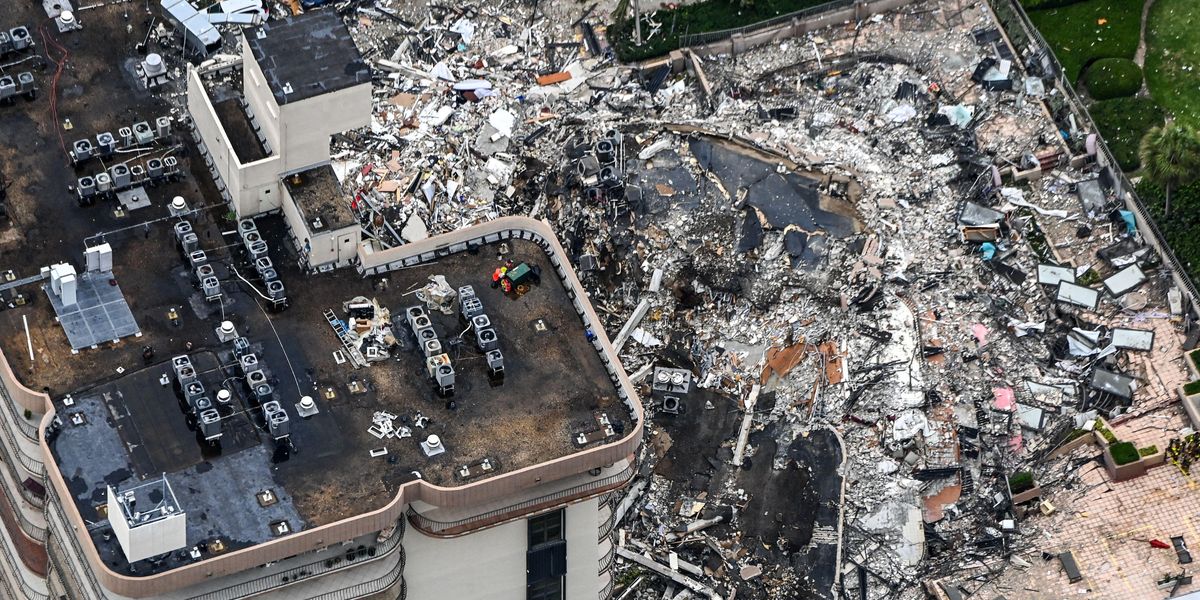 Florida family members say that they have received no fewer than 20 phone calls from their loved ones’ landline since the deadly collapse of Champlain Towers South in Surfside, Florida, nearly a week ago.

Arnie Notkin, 87, and his wife, Myriam, 81, lived on the doomed building’s third floor, and their loved ones say that they began receiving the calls roughly 18 hours after the building partially collapsed.

Eleven people have died as a result of the disaster, and approximately 150 people remain missing at the time of this reporting as search and rescue enters its seventh day.

Dianne Ohayon told the
New York Post that calls from her parents have yet to subside.

“They’re coming in every day,” she told the outlet. “The last one I have knowledge about was Monday morning, a call came in at about 5:30 a.m. It was static. It’s the same thing every time. … There’s nobody on the line and it’s just static. And we wait and we just hang up because nothing changes.”

The landline, according to Ohayon, was next to her parents’ bed.

Her nephew, Jake Samuelson — the Notkins’ grandson — reached out to an area detective to determine why the calls keep coming in.

Samuelson told the station that when the first call came in, the family sat in stunned silence.

“We were all sitting there in the living room … and we were just shocked and we kind of thought nothing of it because we answered, and it was static,” he said. The day after the deadly collapse, he said the family received 15 more calls.

Ohayon said that her nephew and the rest of the family are hoping to find answers.

“My nephew went on camera to try and find answers, raise awareness and maybe find out if other family members in the building were also receiving calls,” she said. “We were just not understanding what these phone calls were meaning. Maybe they were calling for help. We don’t know what they mean.”

The investigation into the eerie calls continues, and Ohayon said that the family is just waiting for more information on the source of the disturbing phone calls.

A Saturday report from WPLG-TV noted that calls to the Notkins’ number that day were met with a busy signal.

“The days are long, but we’re still hopeful and we’re just waiting,” Ohayon added. “Every day is the same process.”

Here’s the full list of the best-selling electric cars in China for 2021
Covid can turn kids into ‘fussy eaters’ if it changes their sense of smell
Eye-opening poll shows 59% of Dem voters want unvaccinated confined at home, 45% want them in ‘designated facilities,’ 48% demand fines or imprisonment for anyone who questions efficacy of vaccines
The Fringe with Megan Fox, Episode 82: VodkaPundit Shoots the Breeze About Life and Stuff
Billionaire investor Chamath Palihapitiya says ‘nobody cares’ about Uyghur genocide in China