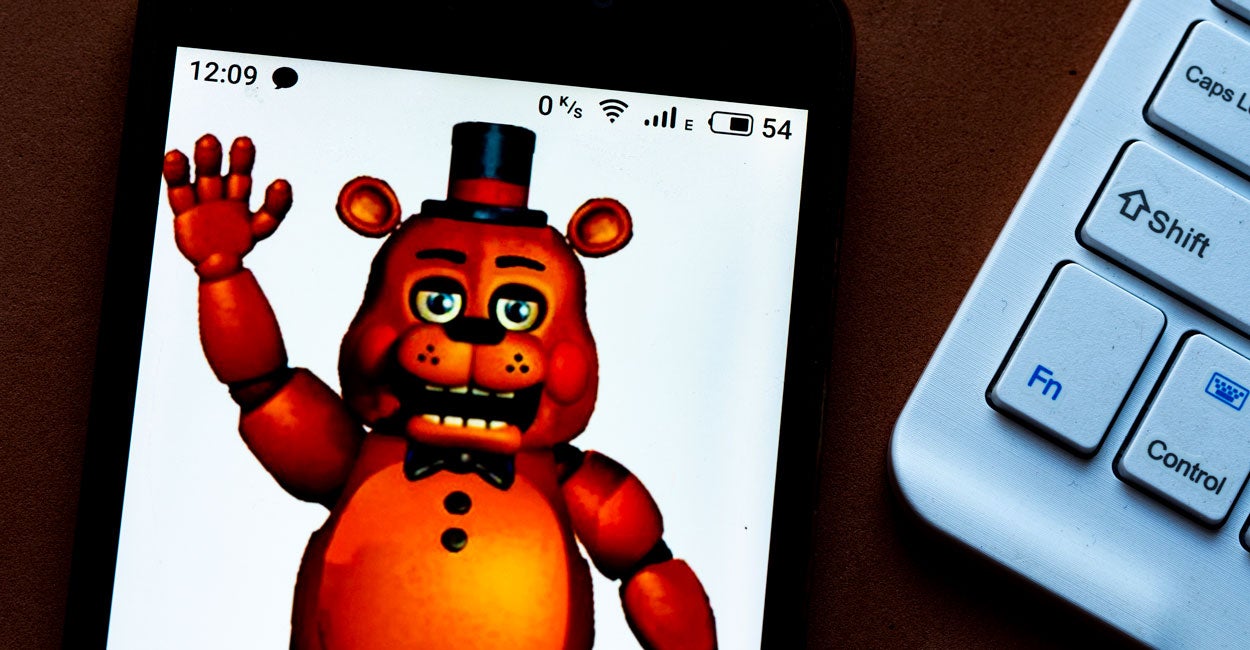 Scott Cawthon, the creator of the wildly popular video game series “Five Nights at Freddy’s,” has become yet another casualty in the ongoing American culture war. While the media he created has nothing to do with politics, the woke mob’s obsession with purging anyone and anything associated with heterodoxic thought from the products they consume forced Cawthon to step down.

The controversy started when fans of the series decided to search for Cawthon on Open Secrets, a website that lists political donations made by individuals. They found that Cawthon had donated money to several Republicans, including Senate Minority Leader Mitch McConnel and former President Donald Trump, as well as former Democratic Congresswoman Tulsi Gabbard.

As it’s currently Pride Month, Cawthon’s donations immediately became centered around the impact to his LGBT fans. Incensed that Cawthon, a Christian from Houston, Texas, gave his own hard-earned cash to people they didn’t support, the woke drones did what they do best: complain on Twitter.

Cawthon’s name started trending online on June 12, spurred by a mass of perpetually offended goblins ready to burn down yet another career. Cawthon and his pregnant wife had their address and personal information leaked online and started receiving death threats.

Later that same day, Cawthon released a statement on the popular social media site Reddit, explaining his side of the story.

“I’ve debated greatly how best to address this, including not addressing it at all, but with so many people from the LGBT community in the fanbase that I love, that’s not an option,” started Cawthon in what many likely assumed would be the expected apology and pledge to “do better.”

Instead, Cawthon took a different tact.

“I’m a Republican. I’m a Christian. I’m pro-life. I believe in God,” Cawthon continued, “I also believe in equality, and in science, and in common sense. Despite what some may say, all of those things can go together. That’s not an apology or promise to change, it’s the way it’s always been.”

Initially, the statement appeared to work out in Cawthon’s favor. The #istandbyscott hashtag trended on Twitter, with comment after comment supporting the developer, and denouncing the death threats and doxing.

But as time marched on, the story refused to die. Endless hit pieces streamed forth from local outlets and gaming sites, and the Twitter mob continued its angry crusade to tear Cawthon down.

Eventually, it all became too much, and Cawthon issued another statement on Reddit, announcing his retirement.

“[H]ere on the seventh anniversary of the first game’s trailer, as I realize that I was in my mid-30s when I created the series and now I’m approaching my mid-40’s, I realize that I miss a lot of things that I got to focus on before [“Five Nights at Freddy’s”] became such a success. I miss making games for my kids, I miss doing it just for fun… All of this is to say that I am retiring,” wrote Cawthon, finally succumbing to the mob.

With that, Cawthon’s website went dark and a nearly seven-year career in video game development came to an ignoble end.

Cawthon’s cancelation highlights an ominous development in the inexorable push of wokeness on our cultural landscape: the demand that content creators share the view of the loudest and most obnoxious of their consumers. Cawthon has always been Christian, pro-life, and a Republican. He created a nonpolitical video game series that resonated with a multitude of people. Black or white, straight or gay, conservative or liberal, people were able to enjoy Cawthon’s games for their content.

That Cawthon would be so quickly savaged after the revelation of his personal politics, which again did not bleed into his work, should serve as a wake-up call. A society where death threats and loss of livelihood are not only considered an appropriate response to disagreement, but as justice, needs serious reevaluation.

A vengeful minority on Twitter shouldn’t dictate how American society operates. And it truly is a minority. Pew Research shows us that 80% of all tweets on the site come from just 10% of users, and that site users skew Democratic. These vile and hateful few do not speak for America, nor should they.

Americans of all persuasions must stand up to cancel culture and say enough is enough. The American republic rests on a foundation of tolerance for differing views. Cancel culture blows that foundation apart.

Perhaps philosopher John Stuart Mill said it best when he mused, “Bad men need nothing more to compass their ends, than that good men should look on and do nothing.”

If we want to survive as a nation, it is time for good men to do something.

US ‘going in the wrong direction’ on COVID as cases almost triple – Fauci
OF COURSE They Did: MSNBC Lets Michael Mann Blame Fossil Fuels for Bad Weather
The FBI Is Corrupt and Needs Reform, and Both Parties Know It
M. Night Shyamalan’s ‘Old’ falls flat, bogged down by clunky dialogue and ‘ham-fisted’ explanations, critics say
Why The Political Left Wins Every Argument