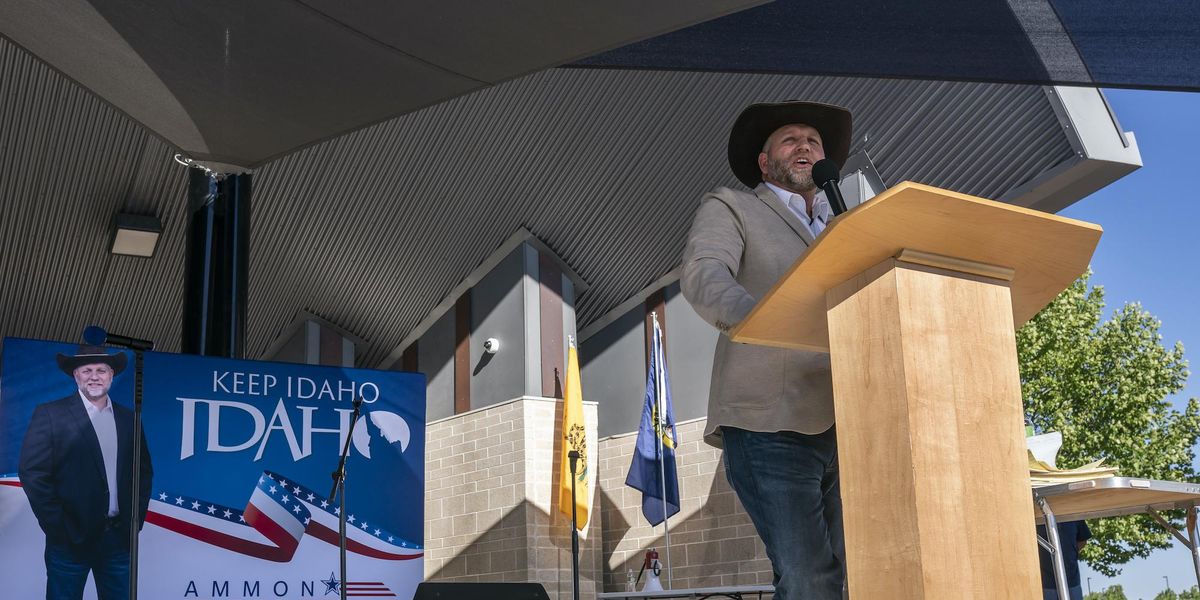 Ammon Bundy, the Oregon rancher famous for leading an armed occupation of a federal refuge in 2016, said that he’s running for governor of Idaho.

“I’m running for Governor because I’m sick and tired of all of this political garbage just like you are,” Bundy said in his written announcement. “I’m tired of our freedoms being taken from us and I’m tired of the corruption that is rampant in our state Government.”

Bundy, 45, is running as a Republican and will challenge Idaho Gov. Brad Little in the Republican gubernatorial primary.

A statement by the Idaho GOP made it clear they were opposed to Bundy’s campaign.

“Republicans are the party of law and order, and Ammon Bundy is not suited to call himself an Idaho Republican let alone run for Governor of our great state,” said Tom Luna, the chairman of the Idaho GOP Party.

Bundy said at his first campaign event that one of his major goals was to get rid of personal and property taxes.

He and others were arrested in 2016 for seizing the Malheur National Wildlife Refuge and occupying it for 41 days in a political protest. They were charged with conspiracy to impede federal officers and possession of firearms in a federal facility but were later acquitted.

In 2018, Bundy made headlines for his defense of some migrant refugees in light of what he thought was extreme generalizations made by then-President Donald Trump. Facing fierce backlash for his comments, Bundy denounced the “warmongers” who accused him of being soft on the threat from migrant refugees.

He also angered many in 2020 when he planned to attend a Black Lives Matter demonstration to support the defunding of the police.

“I am not in favor of abolishing the police, but I am in favor of minimizing their power,” he explained.

Bundy has also been banned from the Idaho Capitol building in August for a year after two arrests.

Here’s a local news report about the announcement:

Jen Psaki Makes a Stunning Admission About Joe Biden
‘Historic’ damage in Florida as Hurricane Ian causes devastating flooding
Remember Back When Journalists CARED About the Politicization of the FBI?
‘SO Absurd’; MRC’s Houck Scorches Liberal Media Snowflakes on ‘Fox News @ Night’
The union push could face a big obstacle in 2023 if the economy falls into a recession