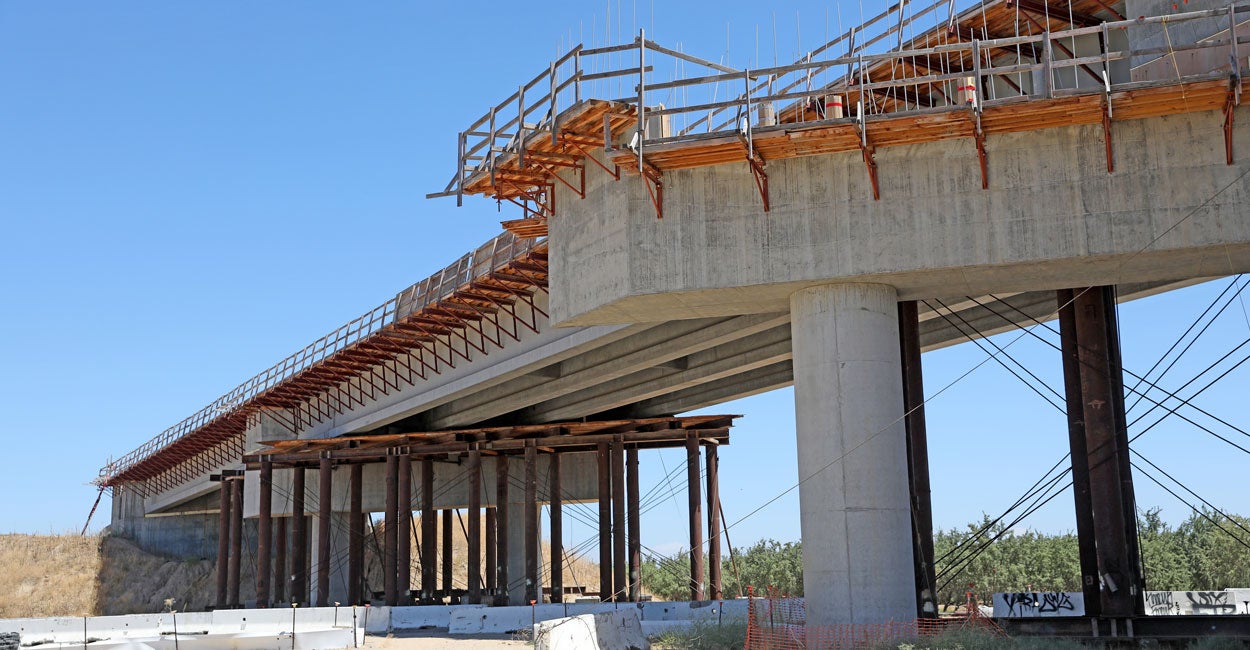 California has a long history of churning out films about zombies, most of which are made on shoestring budgets.

Unfortunately, the Biden administration is throwing its weight behind a zombie with a big price tag: California’s slow-moving “high speed” rail line.

On June 10, California Gov. Gavin Newsom announced that the Department of Transportation will restore $929 million in federal funding for the rail initiative. This reverses the Trump administration’s decision to pull federal funds from the wildly dysfunctional project.

Originally, California planned to build a high-speed rail line running from Los Angeles to San Francisco. After Congress approved federal funding for such projects in 2009, California received an initial $2.5 billion, with another $929 million earmarked for the second phase of the project.

The second phase never came, due to a series of delays and epic cost overruns.

This result was predicted by Heritage Foundation analysts in 2010 and 2012, since such projects have a long track record of over-promising and under-delivering.

In February 2019, Newsom had revealed that most of the project would be postponed, only completing a section connecting the small cities of Bakersfield and Merced due to astronomical construction costs eating up the original budget.

This prompted President Donald Trump’s decision to pull remaining federal funds. It was bad enough for taxpayers from the other 49 states to subsidize a California-only rail line, let alone one operating in a low-density part of the state.

But the rail project, like any other undead creature, has kept plodding along. California now intends to finish the rest of its plan in 2033, a full quarter-century after the 2008 ballot measure that birthed the debacle.

Its cost will exceed $80 billion, triple what was planned—and that’s only if it stays on budget for the next 12 years.

Both state and federal officials made many mistakes that contributed to the problem.

California officials misled voters about likely costs and funding prior to the 2008 vote. They assumed that once construction began, it would be impossible to stop.

Congress validated this dishonesty by handing California $929 million as “no year” money, meaning it would be available indefinitely, regardless of how poorly the project went.

Now, much like Hollywood’s habit of producing low-quality sequels to zombie flicks, Washington is considering whether to throw more taxpayer dollars at such ill-conceived projects.

The administration’s “infrastructure” plan doesn’t specifically earmark funds for high-speed rail. However, Biden often references the concept when discussing the plan, meaning he sees it as a goal.

Something that actively calls for high-speed rail is the Green New Deal, which ignores grade-school geography and imagines that Americans would rather spend days on a train to do a trip that takes hours in a plane. It also ignores the nonexistent environmental benefits that these pricey train lines would produce.

Similarly, the House is working on a transportation bill that would radically increase spending on intercity rail, with a floor vote likely to happen before July 4.

California Treasurer Fiona Ma, who championed the state’s rail project as a state legislator, has sent a letter to Congress warning it about the pitfalls of high-profile infrastructure projects:

While the sky seems to be the limit in terms of the amount Congress is willing to spend, I fear failure remains a real possibility. Scores of billions may seem like a lot of money, but we know from our experience in California that actual construction ends up costing multitudes more than estimates anticipate.

This is especially the case when the federal government gets involved. Washington’s bureaucracy increases costs, adds delays, and reduces accountability.

State and local politicians don’t have to worry about pinching pennies when they get handouts from Uncle Sam, which leads to eye-popping costs for basics like employing bus drivers and building elevators.

California’s rail project is a perfect example of something designed to maximize political benefits rather than the public good.

They plan to ultimately have 27 stations, most in small cities that would have minimal demand. Marginal stations add to overall construction costs, while dramatically reducing how long the trains can spend at top speeds. That means taxpayers get mediocre average speeds, but have to pay a premium for the high-speed infrastructure.

Rather than creating more zombie projects through slush funds and subsidies, Congress should seek to reform federal infrastructure policy by reducing regulatory burdens, removing barriers to investment from the private sector and state governments, and cutting massive subsidies for modes of transportation that only account for a small percentage of nationwide travel.

Such changes would breathe new life into a stale policy area and would make it less likely that taxpayers unwittingly support brain-dead projects.