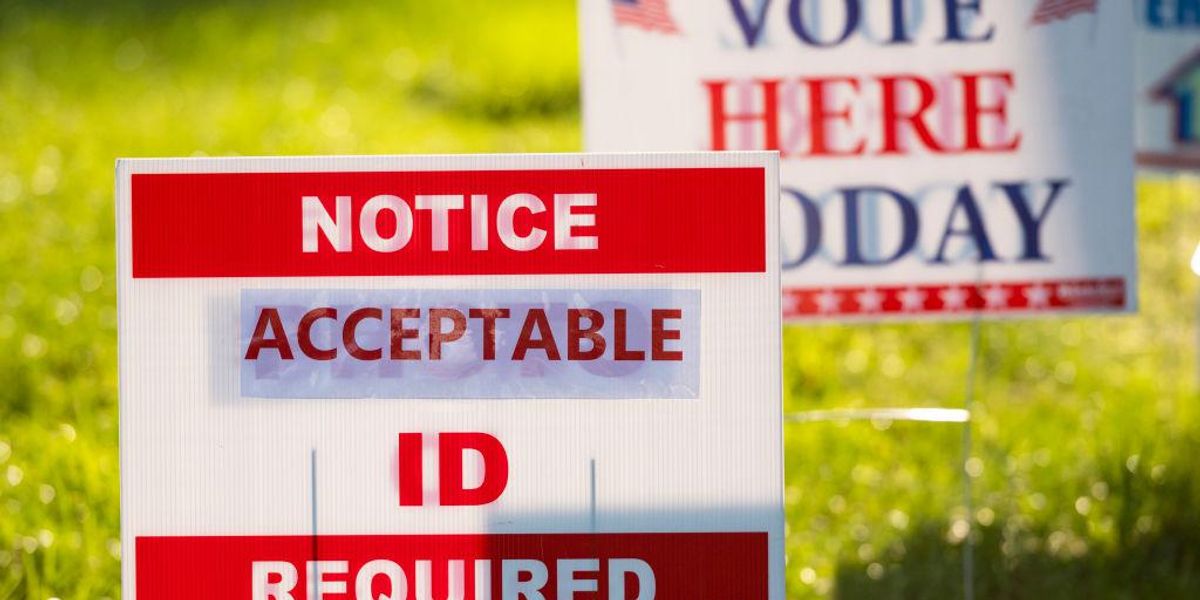 A strong majority of Americans continues to support voter ID requirements even as Democrats and mainstream media reports attack Republican-led efforts to strengthen voter ID laws as “voter suppression,” according to a new poll.

On Monday, Monmouth University published the results of a survey that shows an overwhelming 80% of Americans support requiring voters to show a photo I.D. in order to vote.

The poll also found that most Americans support easier access to early voting. Americans are divided on expanding vote-by-mail, though a majority would support establishing federal guidelines for both mail-in voting and voting early.

“The poll contains some seemingly conflicting information on voter access. The bottom line seems to be that most Democrats and Republicans want to take the potential for election results to be questioned off the table. The problem, though, is they aren’t likely to agree on how to get there,” said Patrick Murray, director of the independent Monmouth University Polling Institute.

In recent months after the 2020 presidential election, which was unsuccessfully contested by former President Donald Trump, several Republican-controlled legislatures in various states have attempted to pass controversial laws they say would strengthen election security. Georgia, Florida, and Texas have each adopted high profile election reforms that critics say are partisan efforts intended to restrict the ability of non-white voters from accessing the ballot. Some Democrats and media pundits have gone so far as accusing Republicans in these states of implementing “Jim Crow 2.0.”

Republicans counter that the unprecedented volume of mail-in ballots requested last year because of the COVID-19 pandemic had created a possibility for voter fraud and say new laws are necessary to protect the integrity of U.S. elections at a time when many Americans believe fraud was conducted.

Despite harsh media criticism, several of the measures implemented into law by Republican states are actually popular. The maligned Georgia law, for example, expanded early voting in the state and created a requirement for mail-in ballots to be accompanied with a form of photo I.D.

The controversy over election integrity has been inflamed by Trump’s repeated claims that the 2020 election was fraudulent and that President Joe Biden’s victory in several states was illegitimate. The Monmouth poll found that nearly one-third of survey respondents believe that Biden won due to voter fraud, while a majority of 61% of Americans think the election was fair and square.

The Monmouth University Poll was conducted by telephone June 9-14, with 810 adults in the United States. The question results have a margin of error of +/- 3.5 percentage points.