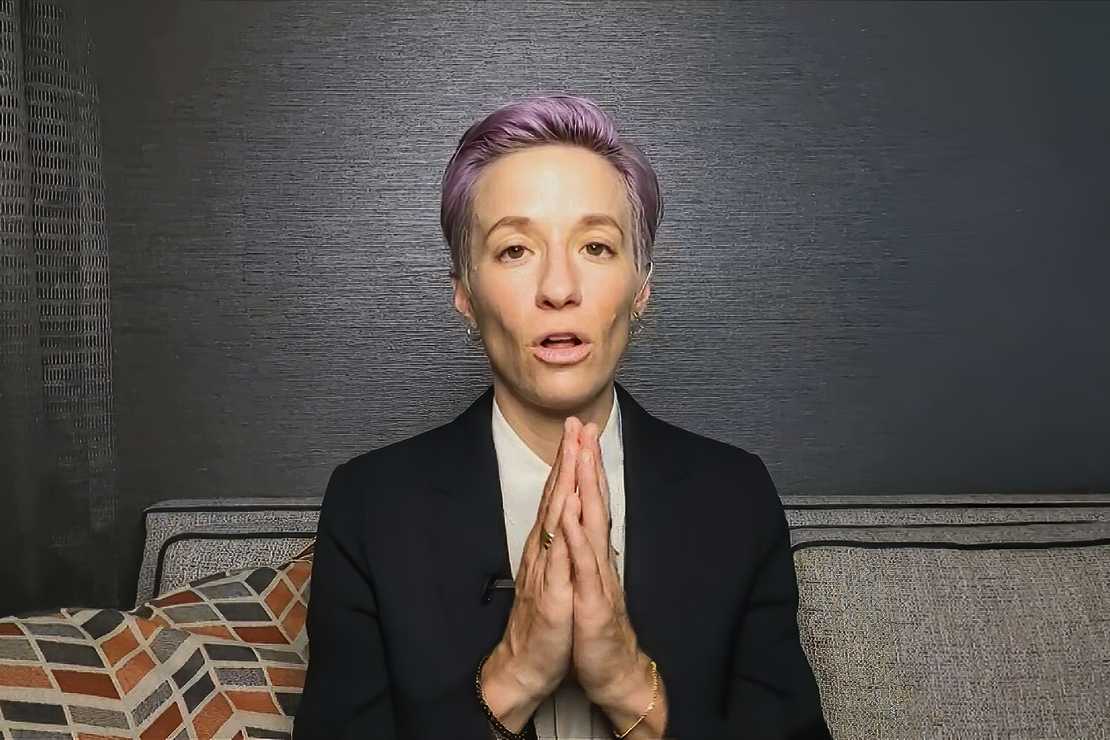 Many of us with eyes were dumbfounded by the decision to make Megan Rapinoe one of the new faces of Victoria’s Secret earlier this week, but perhaps even more curious than that is why Megan Rapinoe hasn’t been canceled yet after being under fire for a decade-old tweet she made.

@tasha_kai00 u look asian with those closed eyes!

There is no context for the tweet, the account Rapinoe was responding to belonged to the Hawaiin-born former U.S. Olympian Natasha Kai, and it no longer exists.

Various reports have suggested “outrage” on social media over the tweet, but, it seems that outrage is actually quite limited. A Google News search suggests that American mainstream media has basically yawned at the story—just like they did with Hunter Biden’s racist text messages.

Racist text messages of Hunter Biden were exposed earlier this month, but, true to form, the mainstream media couldn’t have cared less. This wasn’t surprising either,  Joe Biden made racist comments about black entrepreneurs earlier this month, and has a history of making racist comments without anyone giving a hoot because it went against the narrative that Trump is the racist, not Biden, even though actual proof of Trump’s racism has never actually been uncovered.

There are plenty of allegations. Heck, comedian Tom Arnold claimed back in 2016 he had unreleased Celebrity Apprentice outtakes of Trump using racial slurs. Keep in mind, not only if any video actually exists it would most certainly have been leaked by now, and given the number of people who worked on the show, it’s reasonable to believe that there had to have been multiple witnesses to Trump’s alleged racial slurs. But, no. Nothing. Yet, according to the media, Trump’s racism is indisputable despite the lack of evidence while Joe Biden’s racism is nonexistent despite a plethora of evidence.

That’s how it works. You can be a racist or say racist things, but none of that matters as long as you’re politically leftist.

I guess the hashtag #StopAsianHate should have an asterisk at the end because apparently there are exceptions, as being a left-winger who is probably more notorious for her hating on Trump and whining about “pay equality” than her actual achievements in Women’s Soccer, clearly makes her exempt from being targeted by a full-fledged outrage mob.

So, obviously, I don’t think Megan Rapinoe is worried about backlash from her unearthed tweet, and Victoria’s Secret won’t feel any pressure to ditch her. Why not? Rapinoe plays for the right team… and I don’t mean the United States. Rapinoe gained more notoriety for saying she wouldn’t visit the White House in 2019 if the U.S. Women’s Soccer Team won the World Cup (which they did) than she did for actually winning the World Cup. Rapinoe told Yahoo at the time she believed Trump was “sexist,” “misogynistic,” “small-minded,” “racist” and “not a good person.”

But, she visited the White House earlier this year, despite Joe Biden’s racism, and multiple allegations of sexual misconduct and sexual assault. As long as you play for the right team, you can be racist, sexist, and even a predator, and it doesn’t matter, you’re good.

And this proves that the left doesn’t care about racism and equality as much as they care about weaponizing that and everything else to achieve political ends.