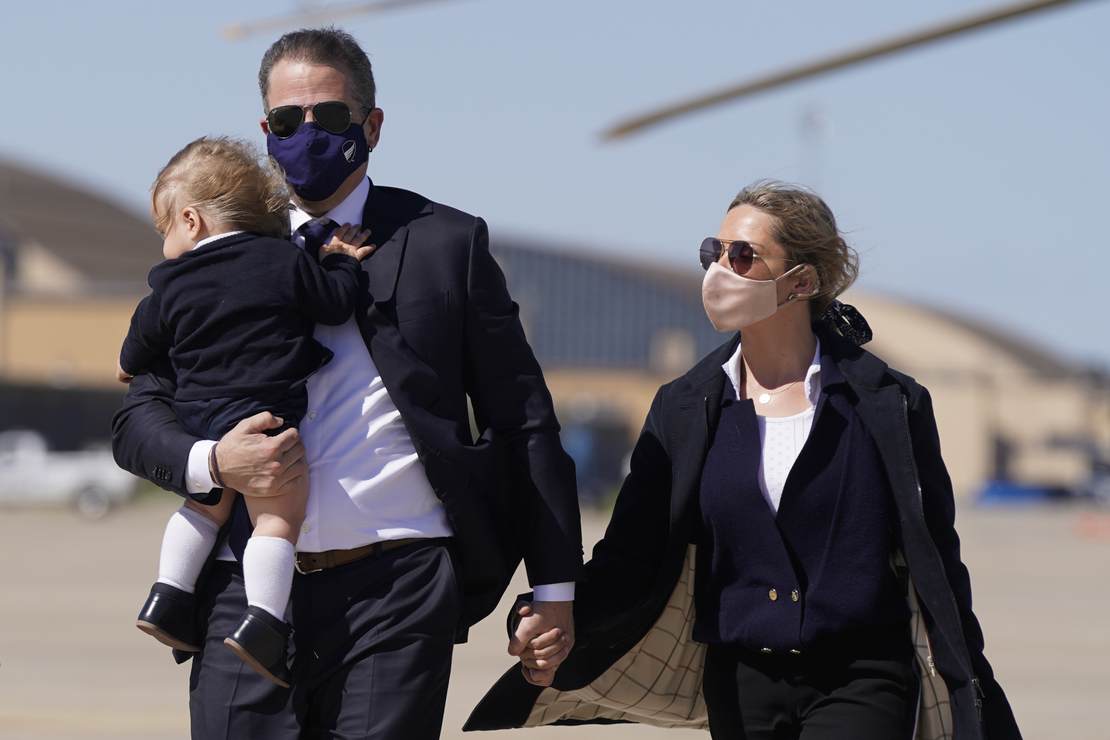 Who knew that Hunter Biden, who used to try to smoke parmesan cheese because it looked like crack, could paint? Well, Hunter’s exhibit is happening soon and according to reports, his pieces are expected to sell for between $75,000 and half a million dollars each.

Really. No joke. Hunter Biden has no background in professional art, yet his exhibition could prove to be a more profitable venture than being on the board of Burisma.

I’ve bought paintings by more established artists with actual talent for far, far, far less than any of Hunter Biden’s work is expected to sell for.

For comparison, earlier this week, a self-portrait doodle by Kurt Cobain sold at auction for $281,250. Now, Kurt Cobain was obviously most famous for being the lead singer and creative force behind Nirvana. He dabbled in art, as well. None of it I would call great and the doodle that sold for $281,250 is hardly good. But, its value comes from the fact that Kurt Cobain drew it, not its artistic value. Hunter Biden’s artwork, similarly, isn’t great, and its alleged value is directly tied to who Hunter Biden is… or, more accurately, who his father is.

From what I’ve seen, Hunter’s artwork is mediocre abstract crap, though allegedly some “experts” think it’s actually good. I’m not sure if they were aware of Hunter’s racist text messages or not, but it seems that Hunter hasn’t been canceled yet. Perhaps that’s because there’s influence to be bought that supersedes buying bad art by a former crack addict who had an affair with his dead brother’s widow and a child out of wedlock with a stripper. Hunter might as well cut off his ear if he wants to prove his artistic bona fides.

Because that’s not suspicious. Not one bit. Never mind his corrupt business deals in Ukraine and China, it looks like the Bidens have found a new way to sell influence at the White House with a little help from a crooked art dealer named Georges Berges and the promise of anonymous purchasing.

Not that the media cares. Washingtonian magazine reported on the big money Hunter’s artwork is expected to fetch and didn’t even suggest something was potentially amiss. Insider ran a puff piece gushing over Hunter’s journey with art. A search on CNN and MSNBC and other networks suggests that these networks aren’t even touching the story, and I think we can all guess why.

“Art is subjective. Who is to say just how much any piece is worth? The purchases are confidential. Who is to know if it’s a foreign government, a drug cartel, or a Ukrainian oligarch buying access to the artist or his family?” asked Jason Chaffetz, former chairman of the House Oversight and Government Reform Committee and a Fox News contributor.”We already know Hunter Biden has a history of leveraging his relationship with his father to score lucrative business deals and board positions. We already know President Biden has a history of meeting with his son’s clients and lying about it.”

But, let’s not pretend that everything is above board here. Chaffetz explained:

Just last summer, a U.S. Senate report detailed how Russian oligarchs are using the art world to launder money. “Secrecy, anonymity and a lack of regulation create an environment ripe for laundering money and evading sanctions,” the report concluded. The Senate investigation found auction houses like Sotheby’s and Christy’s had anti-money laundering safeguards that were “lax” and “easily circumvented.”

The lack of interest from the media in this potentially huge story is baffling. Especially given the way the media obsessed over finding corruption in the Trump family. Who can forget four years of obsessing over Trump’s taxes and endless questioning concerns with the emoluments clause? But when Hunter Biden has an art show and this never-trained crack addict is expected to sell pieces greater than the median household income in the United States at a minimum, all we’re hearing is yawns?