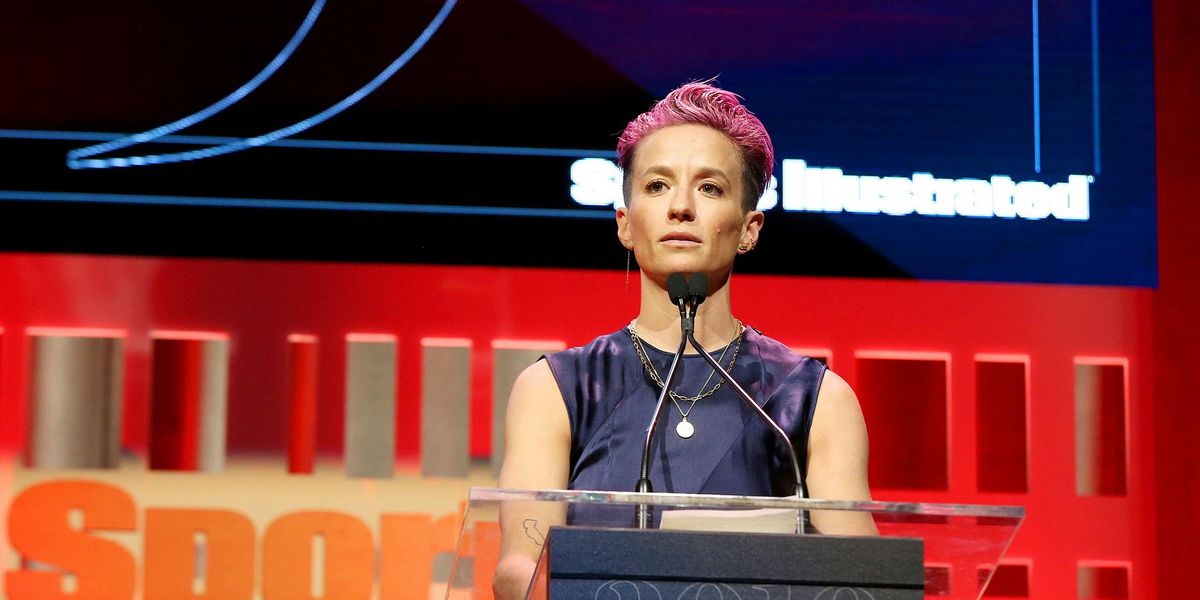 Victoria’s Secret has sent its angels packing in a monumental rebranding that replaces the supermodels with a group of seven “women famous for their achievements,” including U.S. soccer star and activist Megan Rapinoe.

The New York Times reported that Victoria’s Secret will now be represented by a group called the VS Collective, comprised of “women famous for their achievements and not their proportions.”

Martin Waters, former head of Victoria’s Secret’s international business and its new CEO as of February, explained to The Times of the company’s rebranding, “When the world was changing, we were too slow to respond. We needed to stop being about what men want and to be about what women want.”

When the news hit Twitter, people overwhelmingly predicted doom for Victoria’s Secret over their decision. “How To Destroy Your Brand 101,” one person wrote, with a laughing emoji. Another tweeted, “Hoooboy. RIP @VictoriasSecret.” Someone else replied, “reading the tweets seems like vast vast vast majority is hating this decision lol We can add Victoria secret bankruptcy list for 2022.”

Although Victoria’s Secret had expressed that their aim was to appeal to women, not all women are on board with the new plan.

One woman tweeted, “Men like to look at the Angels. Women hope to look like the angels in the overpriced stuff you sell. Megan Rapinoe has no place in this scenario, ever, at all. Just incredible stuff here.”

Another added, “Since they stopped the fashion show they’ve really just gone downhill on a woke sled and it kind of disheartening. I miss wanting to emulate the angels, the epitome of beauty, not see models that look just like me sitting awkwardly trying to hide their rolls.”

But others praised the move, with one person sharing, “I was in a [Victoria’s Secret] PINK store the other day and noticed mannequins of different sizes and it was such a comforting change.”

Some folks resorted to humor about how the now-fallen “angels” might fare. One person quipped, “At least the models can finally eat a hamburger or something.”