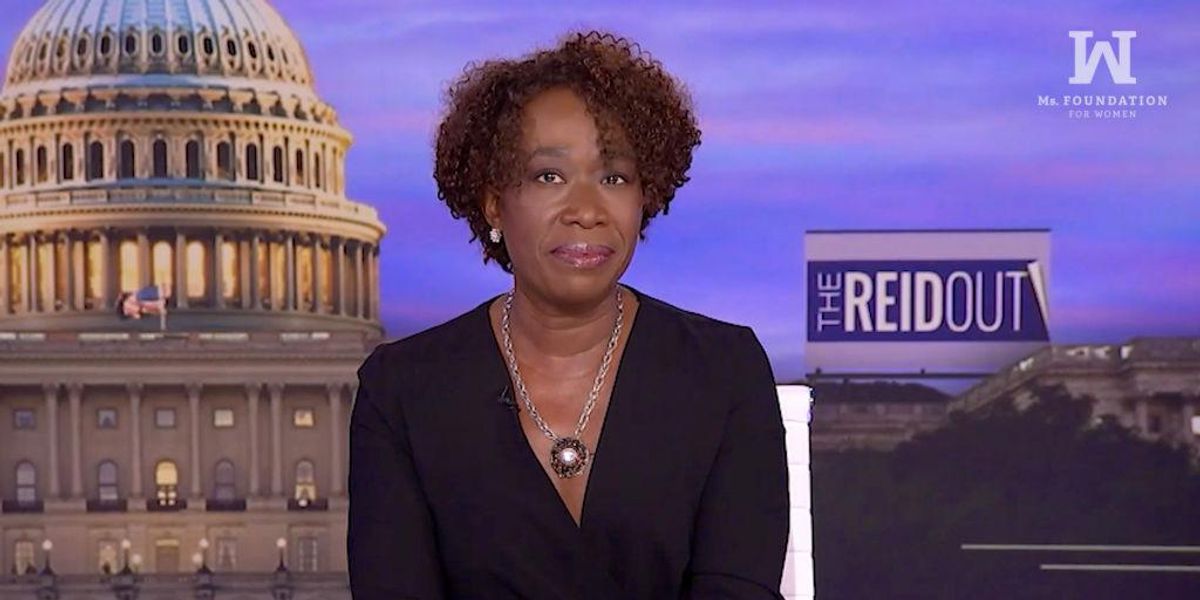 MSNBC host Joy Reid defended critical race theory on Friday by claiming that American students, from kindergarten through high school, are being taught “Confederate Race Theory” — and CRT is a necessary response to such anti-black narratives.

In response, Reid was promptly asked to corroborate her claims.

What did Reid say?

Reid’s assertion about “Confederate Race Theory” came after she posed a question on social media to opponents of CRT, asking what version of history they want taught if not CRT.

That’s when Reid claimed American students are being taught that slavery “was not so bad” and racial violence against black Americans never happened.

“Currently, most k-12 students already learn a kind of Confederate Race Theory, whereby the Daughters of the Confederacy long ago imposed a version of history wherein slavery was not so bad and had nothing to do with the civil war, and lynchings and violence never happened,” Reid claimed.

Currently, most k-12 students already learn a kind of Confederate Race Theory, whereby the Daughters of the Confede… https://t.co/XfdIko491T

Reid then suggested that opponents of CRT favor “continuing to omit” unsavory and tragic truths about America’s past — such as the treatment of Native Americans or the fact that many of America’s founding fathers owned slaves — and postulated that CRT opponents support sanitizing history.

“Is this about continuing to teach Confederate Race Theory? And continuing to omit things like the founders owning slaves, or the facts about the mass extermination of the indigenous? Are you insisting that those things continue to be omitted? If so, why?” Reid said.

“Or is it about adding more empty praise to the teaching of history and completing the sanitization of history that already is the case? If so, why? How does that make children smarter? And don’t you think kids will eventually find out the facts anyway?” she continued.

Or is it about adding more empty praise to the teaching of history and completing the sanitization of history that… https://t.co/qMf6nIqPaK

What was the response?

“Joy, this is one of the silliest, most outlandish, things I’ve read in a while. You think ‘most’ K-12 kids have been getting taught that slavery was not so bad until this year? Seriously? That’s propaganda. Show me the textbooks to back this up please,” conservative writer Jonah Goldberg said.

“‘Most’? This is nonsense. Nobody in my family, of any generation, has ever been taught anything vaguely resembling this. In how many of the 50 states, in 2021 A.D., do you believe that the Daughters of the Confederacy presently control the public, private, & parochial schools?” National Review writer Dan McLaughlin responded.

Washington Examiner editor Jay Caruso even cited a school district that assigns readings from Nikole Hannah Jones — the creator of the 1619 Project — to elementary students.

Those who grew up and were educated in the South especially challenged Reid’s claims.

“I grew up in the south. At no point did any teacher teach slavery, the civil war, or reconstruction in this manner. This is crazy,” one person told Reid.

“I attended a k-12 school south of the Mason Dixon line in the 1970’s and we were never taught anything like that. You are setting up a straw man argument,” another person said.

It should be noted, of course, that the loudest voices speaking out about alleged systemic racism and discrimination, emphasizing the racial sins of America’s past, are the younger generations of Americans.

Certainly, those yanking down statues of founding fathers were not given a whitewashed American history education.

‘This is just the beginning’ – Biden imposes new Cuba sanctions after protests crackdown
Why 2024 Republicans May Have to Decide Whether to Run Without Knowing Trump’s Intentions
America’s Class War Over Abortion
U.S. and Germany Reach a Deal on Putin’s Pipeline Project
Fauci’s Hairsplitting