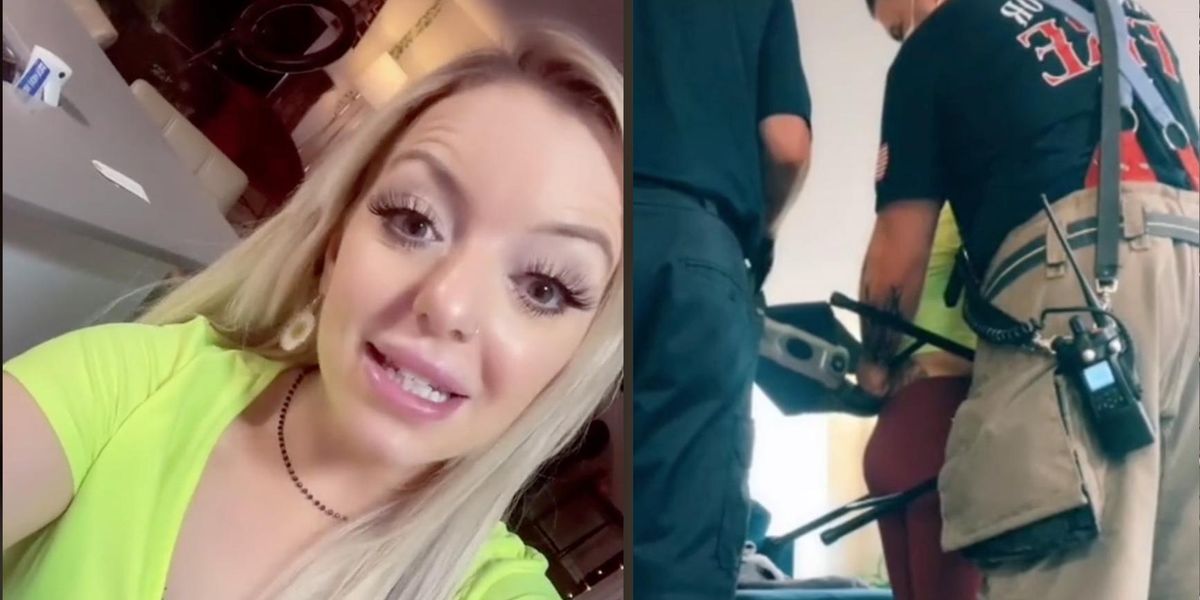 A sex worker on TikTok who specialized in getting stuck had to get help from Michigan firefighters after getting stuck during a demonstration for her social media following.

The 27-year-old said she was forced to call the Ann Arbor Fire Department on Tuesday after she tried to record her latest video and instead found that she was genuinely stuck.

Ann Arbor Fire Chief Michael Kennedy told Penn Live that it was not unusual for them to respond to calls of people being stuck, but usually it’s something like a child’s head in a stair bannister.

The woman posted a video of the firefighters arriving at her residence with her stuck in a folding chair. They try to cut her out of it with bolt cutters but are unsuccessful. Then they bring out the Jaws of Life, a mechanical device usually employed to extricate people from mangled cars after accidents.

The woman apparently received some messages of skepticism because she posted a video trying to explain why she was able to get into the situation but not out of it.

“It was embarrassing, but probably the best stuck video I’ve ever made,” she said.

She fared better than others who tried TikTok challenges and faced damaging consequences. In May, a 13-year-old girl was severely burned while attempting to recreate a trick using fire and rubbing alcohol that she saw on TikTok.

Senate Democrats Unite Behind Biden’s Eco-Terrorism-Linked Nominee, All But Confirming Her To Lead The Bureau Of Land Management
Atlanta restaurant turns away unvaccinated customers: ‘No Vax, No Service’
Quick: Read This Study on Recovered Immunity Before It Gets Memory Holed
Column: CNN’s Lemon of a Town Hall Meeting
Like Old Soldiers, Pandemic Relief Programs Never Die. They Just Fade Away