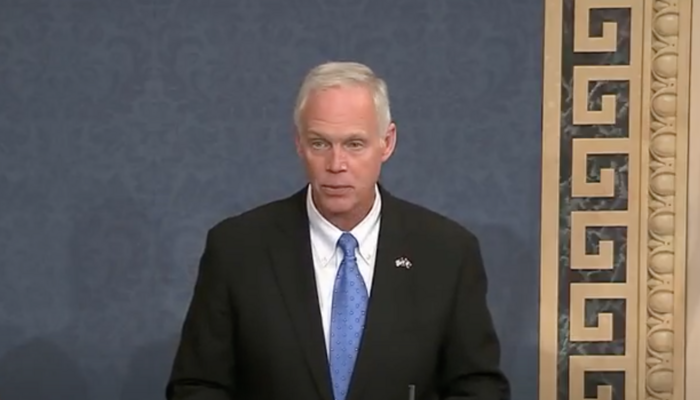 Sen. Ron Johnson (R-Wis.) has been suspended from YouTube for seven days after he posted content promoting experimental treatments for COVID-19.

The senator led two Senate Committee on Homeland Security and Governmental Affairs hearings on the potential benefits of hydroxychloroquine and ivermectin.

Johnson slammed the decision, saying it was just another example of Big Tech censorship.

“YouTube’s ongoing COVID censorship proves they have accumulated too much unaccountable power,” he told Fox News.

“Big Tech and mainstream media believe they are smarter than medical doctors who have devoted their lives to science and use their skills to save lives,” he added. “They have decided there is only one medical viewpoint allowed, and it is the viewpoint dictated by government agencies. How many lives will be lost as a result? How many lives could have been saved with a free exchange of medical ideas?”

Johnson said information about the treatments should be readily available to the American public.

“It always baffled me that there was such a concerted effort to deny the American public the type of robust exploration research into early treatment early in this pandemic,” he concluded.

“Tweets with the video are in violation of our Covid-19 misinformation policy. We are taking action in line with our policy here,” Twitter told BBC News at the time.

Facebook concurred, adding that the platform removed the video for “sharing false information about cures and treatments for Covid-19.”

Conservatives are under attack. Contact YouTube at 650-253-0000 and demand that it not target conservatives. If you have been censored, contact us at the Media Research Center contact form, and help us hold Big Tech accountable.

Critical Race Theory in Classrooms Isn’t Just About Teaching ‘Honest History’
TGP’s Jim and Joe Hoft Join Professor David Clements on His National Audit Plan for All 50 States
More on the KKK Smear
Why Australia’s Gold Rush Ushered in Political Freedom (as Well as Wealth)
‘I think people are underestimating how bad this is going to get’: Dr. Ashish Jha on the delta variant