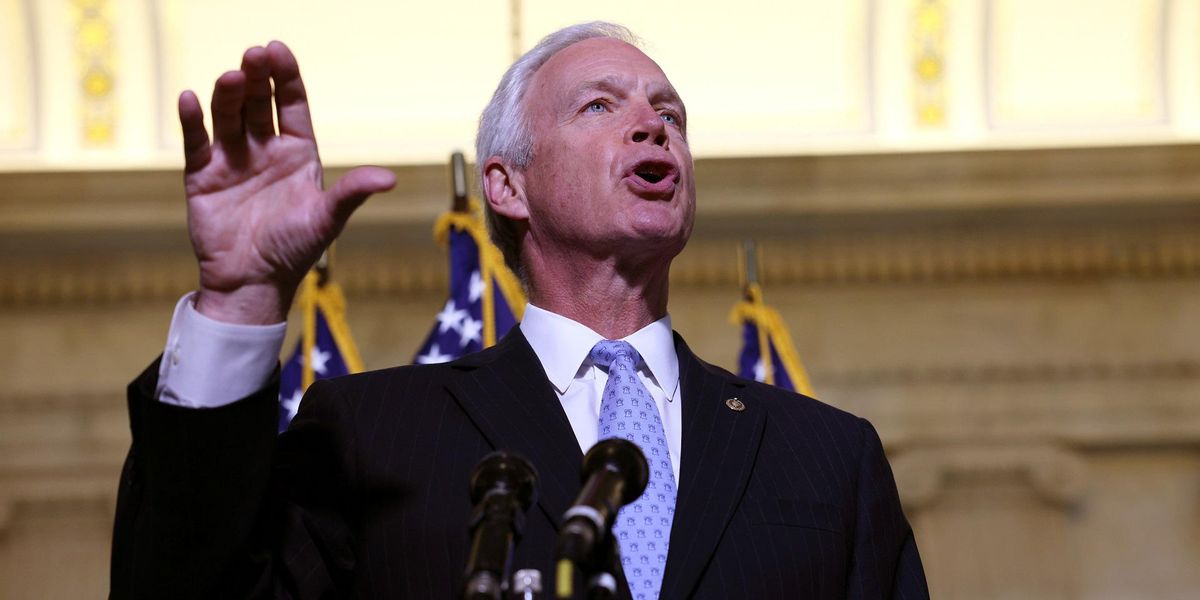 YouTube has banned Wisconsin Republican Sen. Ron Johnson from uploading videos on the platform for seven days after he posted a clip wherein he criticizes Washington bureaucrats for “working against robust research” on early COVID-19 treatments, including hydroxychloroquine.

The Google-owned video platform said in a statement that Johnson had violated its “medical misinformation policies.”

The Federalist’s Molly Hemingway reported the ban Friday, explaining that Johnson had said in his now-pulled video that “Johnson took bureaucrats in the Trump and Biden administrations to task for ‘not only ignoring but working against robust research [on] the use of cheap, generic drugs to be repurposed for early treatment of COVID.’

“It always baffled me that there was such a concerted effort to deny the American public the type of robust exploration research into early treatment early in this pandemic,” Johnson said. He added that two drugs used for early treatment of COVID-19, hydroxychloroquine and ivermectin, are “incredibly safe.”

Johnson shared Hemingway’s article on Twitter, writing, “YouTube’s arrogant Covid censorship continues. How many lives will be lost as a result? How many lives could have been saved with a free exchange of medical ideas? This suppression of speech should concern every American. @FDRLST.”

News of the GOP senator’s ban comes the day after multiple outlets reported on a new study showing that hydroxychloroquine and zinc treatments to COVID-19 patients on ventilators improved survival rates nearly three-fold.

The revelation sparked fury from former Trump adviser Peter Navarro, who said the results show Dr. Anthony Fauci and CNN have “blood” on their hands for dismissing the potential benefits of HCQ to coronavirus patients.

Regardless, YouTube told Fox News that it removed Johnson’s latest video because it violated the platform’s COVID-19 “medical misinformation policies.”

“We removed the video in accordance with our COVID-19 medical misinformation policies, which don’t allow content that encourages people to use Hydroxychloroquine or Ivermectin to treat or prevent the virus,” the spokesperson said.

Johnson wrote an op-ed in The Wall Street Journal in February after the videos were pulled, titled, “YouTube cancels the U.S. Senate: It censors testimony from physicians on early treatments for COVID-19 patients.”

In reaction to his ban this week, Johnson told Fox News:

“Big Tech and mainstream media believe they are smarter than medical doctors who have devoted their lives to science and use their skills to save lives. They have decided there is only one medical viewpoint allowed, and it is the viewpoint dictated by government agencies. How many lives will be lost as a result? How many lives could have been saved with a free exchange of medical ideas?”

He added, “Government-sanctioned censorship of ideas and speech should concern us all.”