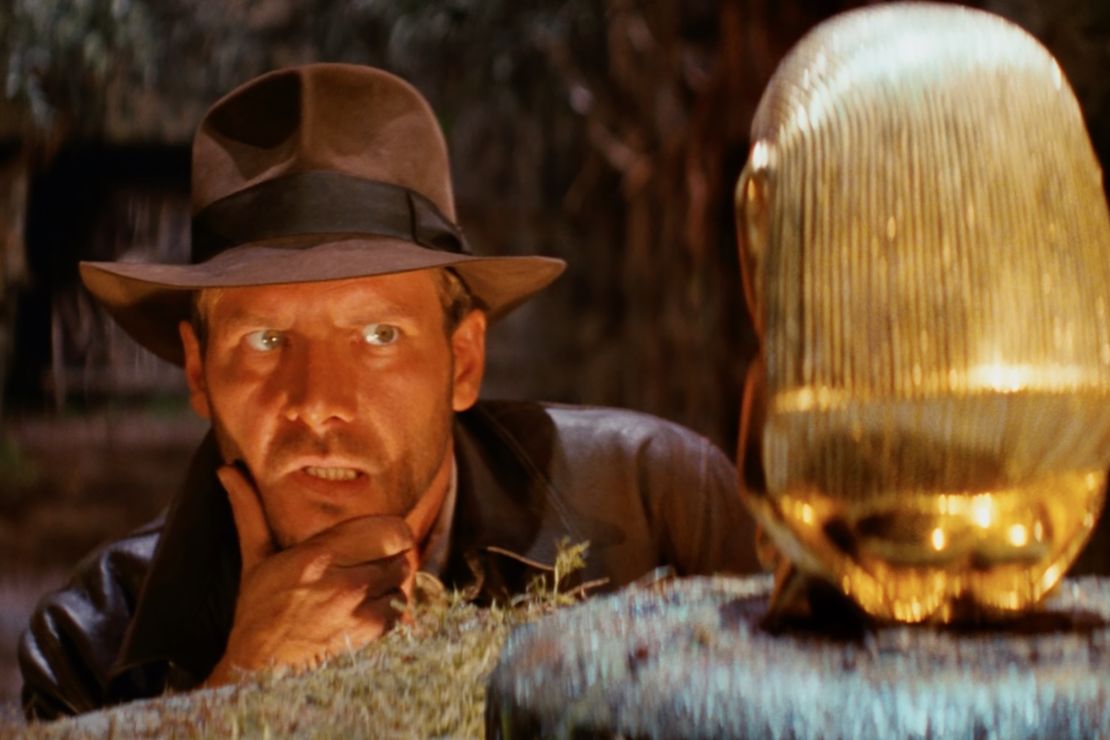 Raiders of the Lost Ark turns 40 on Saturday, and does that ever make me feel both old and nerdy.

I must confess two things before we get to the meat of this column.

The first is that I’m such a movie buff that I actually caught Raiders a few days before it was released nationally, at one of those “sneak peek” showings.

The second is that I knew about the “sneak peak” because it had been announced in the previous issue of Bantha Tracks, the official Star Wars Fan Club newsletter. To which I subscribed, of course.

I was such a nerd.

But I sure didn’t feel nerdy leaving the theater that night.

Raiders was such a revelation as to what an action movie could and should be, and the cast was so over-the-top yet totally relatable…

…well, let’s just say that scrawny little 12-year-old me walked out into the warm St. Louis evening feeling like I was wearing a beaten fedora over a leather jacket and wielding a bullwhip with expert precision.

Harrison Ford’s Dr. Henry “Indiana” (I named the DOG Indiana) Jones, Jr. was more believable than, say, a James Bond-type character.  Jones got hurt, outsmarted, had phobias (“Why’d it have to be snakes?”), and so exhausted that he actually passed out during one of Hollywood’s funniest almost love scenes.

If Bond Girls were defined by their unlikely names and unattainable looks, then costar Karen Allen as Marion Ravenwood was practically the girl-next-door. That is, if you lived next door to a Tibet saloon filled with local toughs who Marion would outdrink on a bet.

We also got Paul Freeman as a cynical French archeologist working alongside prewar Nazis, Denholm Elliott as the affable-if-not-always-competent Marcus Brody, John Rhys-Davies as the worldly Eqyptian guide, and… perhaps best of all… Ronald Lacey as the best film-noir Nazi since Conrad Veidt basically established the archetype as Major Strasser in Casablanca.

While neither the actors nor the script ever descend into camp, there’s a breeziness to the whole affair that gives the audience a smile, even during the most dangerous or sinister moments.

I’d be remiss if I didn’t give a brief shoutout to that John Williams score, with as many chest-thumping thrills as Indiana, himself.

Raiders was the brainchild of George Lucas and Steven Spielberg, the two men who practically invented the big-budget summer blockbuster. But for Raiders they wanted to do something different: To see if they could shoot an action flick the old-school Hollywood way.

Quickly, and on a tight budget.

Lucas had said of Raiders, “Look this is a B-movie. They used to make four of them a week, at each studio, for fifteen years from ’30s into ’40s.”

They didn’t move quite that quickly with Raiders, but they did manage a production schedule and a budget that seem impossible today — and unlikely even in 1980.

Spielberg shot the movie for a comparatively puny $20 million — Lucas’s Empire Strikes Back from the previous summer had a budget 56% bigger. He shot fast, too. Principal photography lasted a little over three months, and post-production just two months more. Cinepiellia & Beyond quoted Spielberg saying, “[We] didn’t do 30 or 40 takes; usually only four… Had I had more time and money, it would have turned out a pretentious movie.”

Raiders is anything but pretentious. It’s a little under two hours of nonstop thrills, fun dialog, likable characters, and melting Nazis. The “shoot fast, have fun” production vibe comes across on every frame.

Raiders at the time seemed like an unlikely megahit, pitted against big-budget spectaculars like For Your Eyes Only (Roger Moore’s last watchable take as James Bond), Superman II, and Clash of the Titans.

But in the end, it wasn’t even close. Audiences couldn’t get enough of the man in the hat, as 12-year-old me could attest. It took a full mowing of the yard and a car wash to earn enough money for a matinee ticket, Coke, and popcorn — but I still managed to go see Indy at the old Des Peres 4 Cinema not once but three times.

If the sequels — with the possible exception of The Last Crusade — didn’t quite live up to the promise of the original, they at least — with the certain exception of Kingdom of the Crystal Skull — managed to bring plenty of thrills and smiles.

But the original is, even after 40 years, still the one I go back to time and again.

The reason is simple.

It isn’t so much that I go back to Raiders, but that Raiders brings me back to a time when my biggest worry in the world was lawnmowing money — and maybe saving enough to buy a hat just like Indy’s.