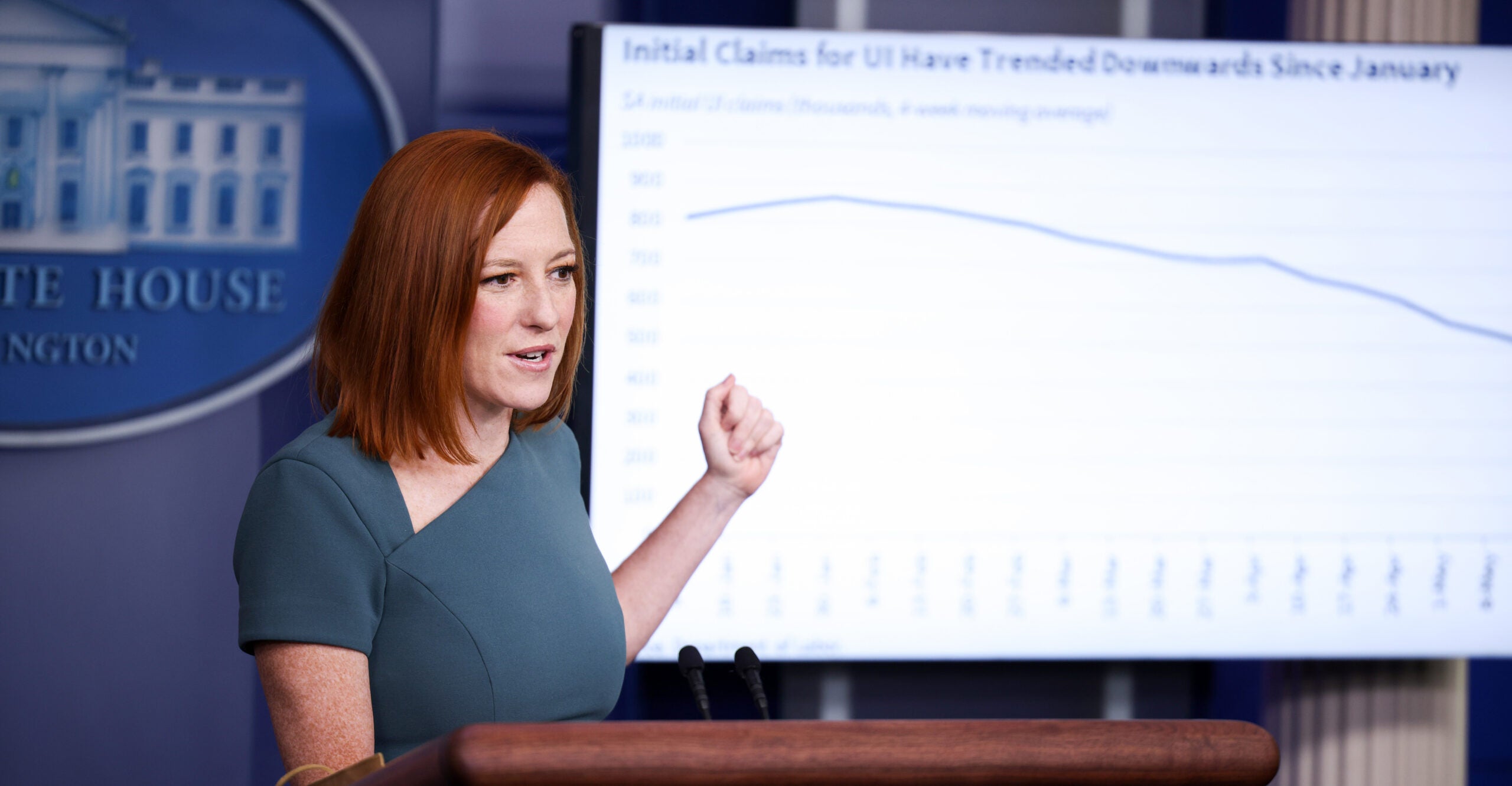 Now 15 months after Congress first responded to the COVID-19 pandemic, it’s evident that unprecedented federal unemployment insurance bonus benefits are hurting the recovery, making it harder for businesses to find the workers they need to recover, and harder for consumers to find the products and services they want at prices they can afford.

Moreover, prolonged unemployment benefits contribute to a smaller economy, higher deficits, and most importantly, poorer outcomes for the long-term unemployed.

President Joe Biden claimed that generous unemployment compensation has not had a “measurable” effect on the poor jobs recovery and worker shortages.

Here are nine indications that it’s time for the federal government to get out of the way of the recovery:

It’s time for the federal government to stop stimulating demand and restricting supply by pumping more deficit-financed spending into the economy and by proposing trillions of dollars in new government programs.

And instead of bankrupting young workers and children by taking out ever-increasing debt in their names, policymakers should commit to a fiscally responsible post-pandemic budget that will help prevent a financial crisis by putting America on track toward fiscal sustainability.