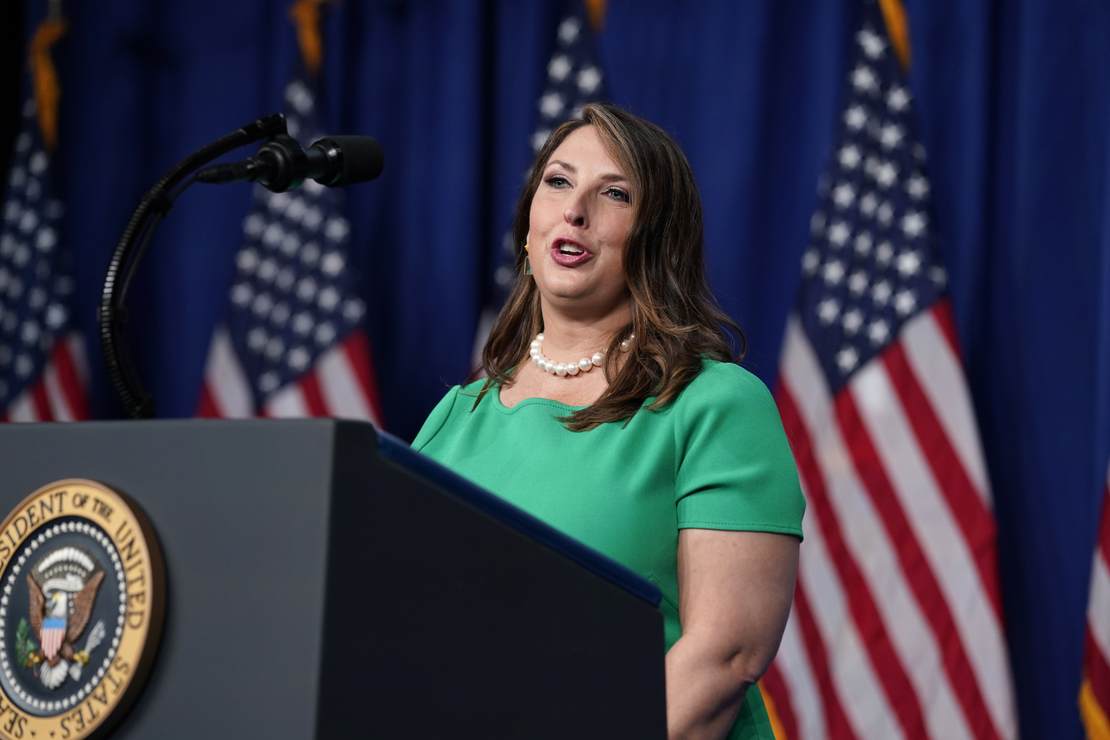 Republican National Committee Chairwoman Ronna McDaniel wrote a three-page letter to the Commission on Presidential Debates, warning them that the GOP may boycott the 2024 presidential debates unless significant changes are made to the format and the rules.

The 2020 debates were a fiasco and were rightly criticized by both Republicans and Democrats. The problem is that elections have changed but the commission has not changed its rules to reflect that.

The biggest change is in early voting. With some states allowing residents to vote as early as 2 months before election day, nearly a million people had already cast their ballot by the time Donald Trump and Joe Biden squared off on September 28 in Cleveland. The drive to push people to the polls early is particularly intense by Democrats who apparently think two months isn’t enough time for people to make up their minds. And any attempt to shorten the early voting window is immediately called “voter suppression” despite voters having weeks to rouse themselves enough to go and vote.

Democrats want people to vote before they have time to think about it and react to events. And the debates should start early enough that not a single American would have cast their ballot beforehand.

McDaniel reiterated a frequent argument Trump made in 2020, complaining that the debates were conducted after some states already began allowing voters to cast ballots.

“It is inexcusable and self-defeating, for instance, that the CPD waited to host a single debate,” McDaniel said, until after the start of early voting in eight states, absentee voting in 26 states and uniformed and overseas voting in all 50 states.

McDaniel had several other complaints that she wants to be addressed before the GOP will agree to have their candidate appear at debates in 2024.

She also called on the CPD to establish “transparent” criteria for the selection of moderators and a code of conduct for them — echoing Trump’s criticism about members of the media being selected to moderate debates.

She said the RNC wants term limits for the CPD’s board of directors — which was designed to be bipartisan and include members of both parties — after she said a number of them made “disparaging” comments about Trump.

McDaniel asked that the CPD reply to her request by the end of July.

Republican-led states across the country and trying to reform the mess Democrats made of the voting system during the Covid crisis. And the Democrats are fighting back using race as a bludgeon to force the GOP to submit. They have made Republican efforts to bring integrity to the voting process and restore confidence in our electoral system into a litmus test on race. And no Democratic politician in their right mind wants to be caught on the wrong side of that argument.

Shortening the early voting period will not cause one single American not to vote. No one — not black, white, old, young, the infirm, cripples, or the mentally impaired — will be inconvenienced in the slightest.

The same could be said about small restrictions on mail-in voting. God forbid that a little common sense creeps into the process. Making sure the signature on ballots matches the signature on a mail-in voter application isn’t “suppressing the vote.” Removing a few drop boxes does not signal the end of democracy in America. It’s ludicrous to suggest that anyone is prevented from voting because of these restrictions.

The Democrats are playing a political game with the ballot and it should sicken all decent, freedom-loving Americans.