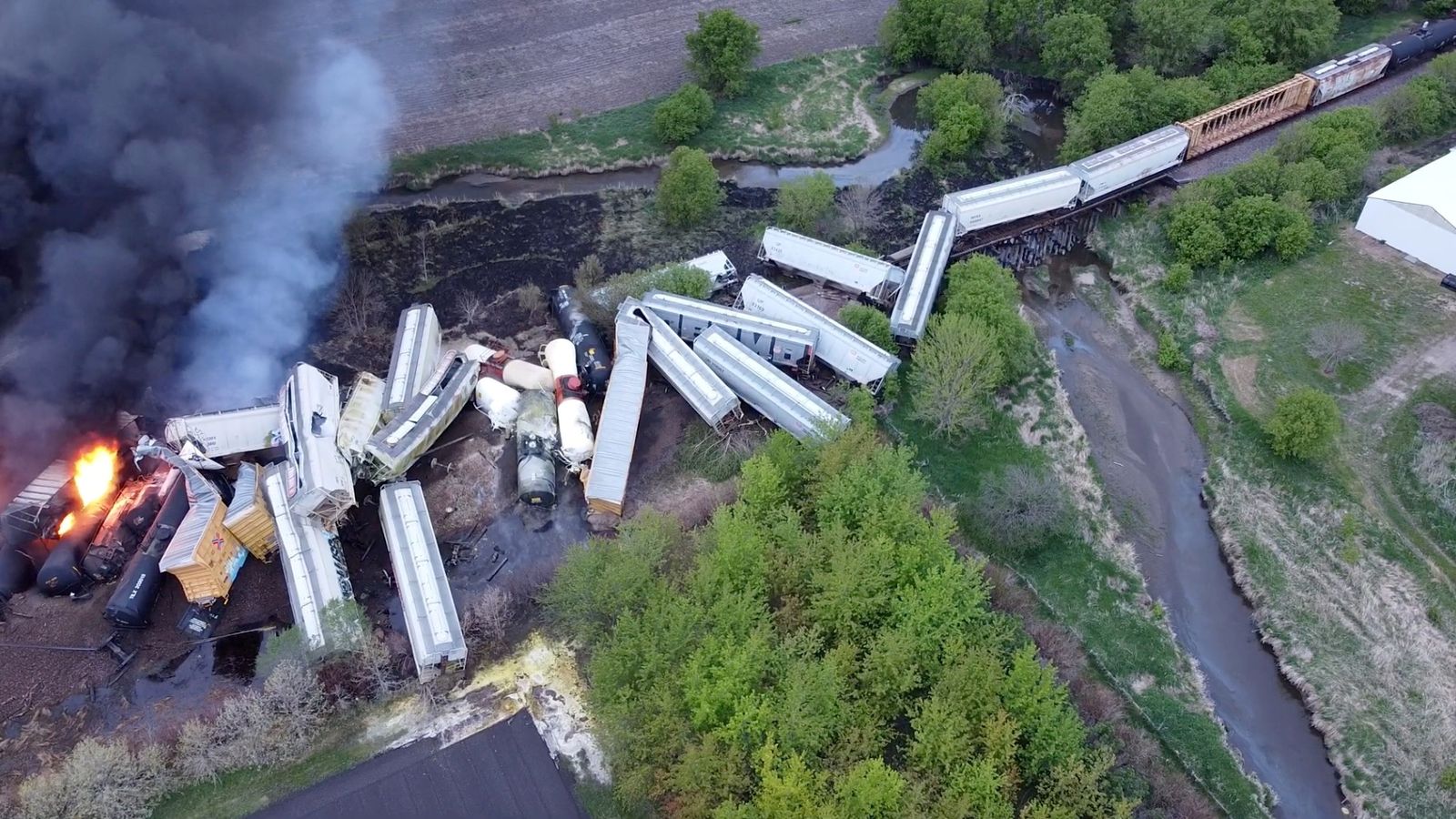 A 47-car freight train carrying hazardous material derailed and caught fire in the US state of Iowa on Sunday.

Thick black smoke wafted into the air after the Union Pacific train came off the tracks causing a huge pile-up of cars near Sibley, in the north west of the state.

There were no reports of injuries or fatalities but 80 people were evacuated from the town of almost 3,000 people.

An area of about a five-miles around the scene was evacuated as a precaution.

According to Ken Huls, the fire chief in Sibley, the train was carrying fertilizer and ammonium.

The crash is currently under investigation.

“There were no injuries to the crew,” Union Pacific said in a statement, adding that it was working with first responders at the scene.

Nate Minten, from Sibley, said that smoke was still visible around 4.30pm on Sunday from his mother’s home.

“I could see smoke filling up a couple hundred feet at least,” said Mr Minten, who posted aerial drone footage of the derailment online,

“We didn’t hear any bangs or anything.”

Aerial footage and photos show dozens of train cars piled up along the tracks, with flames and smoke coming from one end.

This was the second derailment in a matter of days in the Midwest.

On Saturday, almost 30 train cars derailed along a different rail line in neighbouring Minnesota, with a clean-up crew present on Sunday.