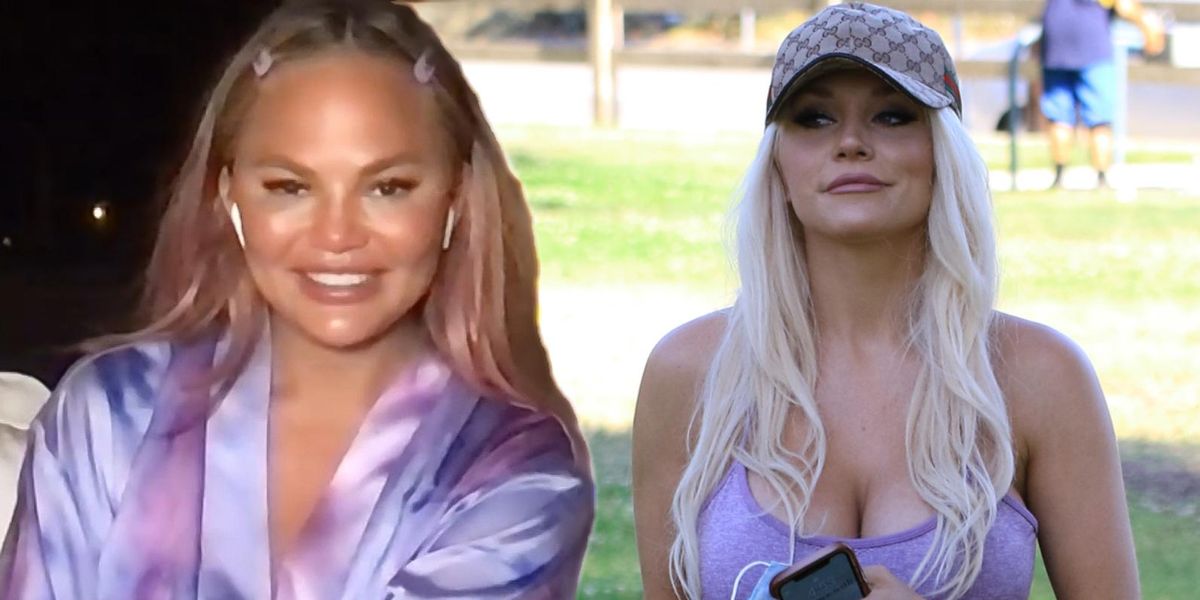 Target has dropped model Chrissy Teigen’s cookware line from its offerings as she issued an apology for telling a fellow celebrity to commit suicide when the celebrity was just 16 years old.

On Thursday, Fox Business reported that Target opted to remove her cookware line.

“The retailer has pulled [Teigen’s] Cravings cookware line from its website,” Fox Business reported. “However, her trio of Cravings cookbooks remain available on the site.”

In a statement, a Target spokesperson told the outlet, “We made the mutual decision in December to no longer carry the cookware line, given our continued focus on brands we develop and that can only be found at Target.”

Earlier this week, Stodden revealed that Teigen relentlessly bullied her when she was just a teenager.

In one such instance, Teigen wrote, “@CourtneyStodden My Friday fantasy: you. dirt nap. mmmmmm baby.”

In another instance, she retweeted the model and wrote, “Go. to sleep. forever.”

“@CourtneyStodden what drug makes you do that with your mouth?” she tweeted during another occasion. “A]sking for a friend who really wants to look like an idiot. thanks.”

She also at one point tweeted, “@CourtneyStodden I hate you.”

According to the Daily Beast, Teigen also was said to have sent a private message to Stodden on social media telling her to kill herself.

“[Teigen] wouldn’t just publicly tweet about wanting me to take ‘a dirt nap’ but would privately DM me and tell me to kill myself,” Stodden told the outlet. “Things like, ‘I can’t wait for you to die.'”

Following the revelation, Teigen issued an apology to Stodden, which said, “Not a lot of people are lucky enough to be held accountable for all their past bulls**t in front of the entire world. I’m mortified and sad at who I used to be. I was an insecure, attention seeking troll. I am ashamed and completely embarrassed at my behavior.”

“But that is nothing compared to how I made Courtney feel,” Teigen continued. “I have worked so hard to give you guys joy and be beloved and the feeling of letting you down is nearly unbearable, truly. These were not my only mistakes and surely won’t be my last as hard as I try but god I will try!!”

Stodden revealed in a Thursday Instagram post that Teigen blocked her on social media following the apology.

Stodden wrote, “I accept her apology and forgive her. But the truth remains the same, I have never heard from her or her camp in private. In fact, she blocked me on Twitter. All of me wants to believe this is a sincere apology, but it feels like a public attempt to save her partnerships with Target and other brands who are realizing her ‘wokeness’ is a broken record.”

Target — though it insisted it dissolved the partnership with Teigen as early as December — had Teigen’s merchandise live for sale on its website as late as April 17. The page appears to have been hastily removed that day.

It seems fair to point out that Stodden was vocal about Teigen’s treatment back in April — and even earlier in March — though the story only gained traction on much of the internet this week.

Back in April, Stodden shared a video about the purportedly bullying and said that Teigen never apologized for her behavior.

In March, Stodden blasted Teigen for being a “hypocrite” over what Teigen said was her own experience with cyberbullying. The purportedly cyberbullying and overall “negativity” reportedly prompted Teigen to take a very short-lived social media break.

Chicago alderman debunks Dem mayor’s claims that racism is to blame for Windy City’s major problems
Travelers care deeply about sustainability – until it inconveniences them
#StopAsianHate? We All Know Why Soccer Politician Megan Rapinoe Will Get Away With Her Anti-Asian Tweet
Shoveling Money into the Bottomless Pit of Student-Loan Debt
Karl Rove Slams Jake Tapper, WashPost for ‘Media Partisanship in Plain View’