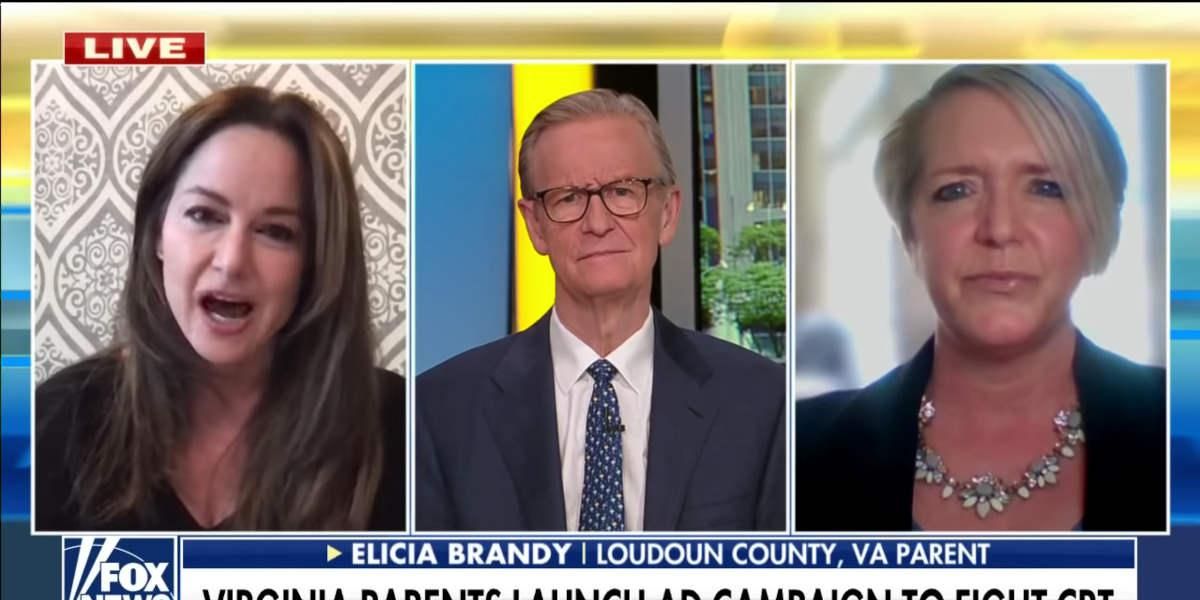 Parents of children who attend Loudoun County Public Schools in Virginia have launched a new ad campaign to fight the teaching of critical race theory in their schools and oust the school board.

Elicia Brandy and Cheryl Onderchain, two mothers of children in the school district, were interviewed on “Fox & Friends” Friday about their efforts to recall six members of the school board. Loudoun County schools are embroiled in controversy as fed-up parents have objected to pornographic material being read in the 9th grade curriculum and tenets of critical race theory being prioritized while the district has been slow to reopen for in-person learning.

“I really believe that our school board has really lost their way,” Brandy told “Fox & Friends” host Steve Doocy. “For this reason and for adding the parents who want our kids to go back to school to a hit list, but also yes. I don’t want critical theory, not just critical race theory, but critical theory taught in our classrooms.

The “hit list” Brandy referred to was a list of parents who objected to the school district’s “equity” agenda compiled by a group of current and former teachers who joined a private Facebook group called “Anti-Racist Parents of Loudoun County.” The Daily Wire first reported the group’s efforts to “infiltrate” and use “hackers” to silence parents’ communications and “expose these people publicly” last March. A criminal investigation has been opened to review the matter.

“We started going to school board meetings wanting our children to go back to school,” Brandy explained. “And when we started speaking about that and about critical theory, one of our school board members called for the Parents Against Anti-Racism to rise up and help her and they decided to put go together a hit list which called for calling us racists and doxxing us.”

The parents would rather have the district prioritize returning children to school for in-person learning than focus on social justice.

“It’s been beyond frustrating,” Onderchain said. “I want the school to get the politics out of the classroom. We need to get back to basics, the U.S. is falling behind countries like China, we’re dumbing down the math curriculum in Virginia, we need to get back to educating kids and to academic excellence and out of the SJW business.”

“In explaining LCPS’ equity priorities, it might be helpful to state what they are not. They are not an effort to indoctrinate students and staff into a particular philosophy or theory. What they are is an effort to provide a welcoming, inclusive, affirming environment for all students,” the spokesman said.

“When you hear phrases like ‘equitable outcomes’ and ‘equity’ thrown into every single policy that your school board puts out … if it walks like a duck and acts like a duck, it’s a duck. Quack, quack,” she said.

Brandy added that the parents obtained school documents from a records request that show the district paid $650 per hour for “Critical Race Theory training” from the Equity Collaborative.

“We have presentations from teachers that were sent to us that say ‘Critical Race Theory training’ books by Ibram X. Kendi which is required reading in at least one of our high schools. So there’s a lot of misinformation coming from our leadership,” she said.

“But the recall effort is strong. We have parents, 1,000 volunteers, we have 1,800 signatures — we’re going to be collecting signatures through the entire summer and going to court leading up to the November elections.”

Putin: No hostility at meeting with Biden and summit was constructive
No Position to Judge: Dan Rather Scolds Jon Stewart for Endangering Truth
Survey: 1 in 3 Americans to Postpone Retirement After Lockdowns
Why Hasn’t Jimmy Kimmel Been Canceled?
Sick Lena Dunham Show Has Child Ask Gay Teen Couple, ‘Are You Gonna Touch Penises?’